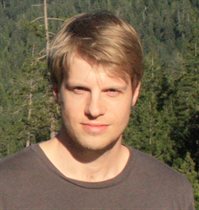 With 7 out of 10 people projected to live in urban areas by 2050, it’s becoming increasingly important to understand cities and the politics that continually shapes and reshapes them. Here, Tom Goodfellow asks: does democracy have an impact on how cities function? And, if so, what kind of impact? His answers draw on extensive research in Kampala, Uganda, and Kigali, Rwanda. Tom is a Lecturer in the Department of Town and Regional Planning at the University of Sheffield.

Two of the most important trends across the African continent in recent decades have been the wave of democratisation – tentative, faltering and backsliding though this may be in many cases – and the pace of urban population growth. The relationship between these two trends is complex. One aspect is that sustained protests staged by burgeoning urban populations in the late 1980s and early 1990s fueled democratic transitions (though it was the end of the Cold War that ultimately mattered most).  Meanwhile, restrictions on population movement imposed by many colonial and post-colonial regimes were weakened by democratisation, reducing obstacles to rural-urban migration.

In these respects the relationship between the two trends appears mutually supportive; as urban populations grow, democratic agitation increases, and as people become freer they often opt to move to cities. This is, of course, too simple. Fear of the urban masses often leads governments to clamp down on democratic freedoms rather than expand them, and most urban growth is actually caused by natural population increase (in other words by people in cities reproducing in large numbers) than rural-urban migration.

It is nevertheless clear that the interaction between democracy and cities is likely to grow in importance in Africa given the force of the two trends noted above. We therefore need to better understand this interaction, the opportunities and pitfalls it presents, and how the relationship varies over time and between places. Moreover, aside from its effects on urbanisation itself, democracy can sometimes have quite perverse effects on the urban built environment and on the living conditions and working lives of the urban poor.

In my work comparing the capital cities of Uganda and Rwanda, the question of democracy is never far from the surface.  It rarely fails to come up in discussions that Uganda encounters more difficulties in delivering public goods and implementing urban plans because the regime is more democratic than its southern neighbour: its elections freer and fairer, and its media and opposition parties less constrained. This, in the view of some, leads to ‘too much politics’ in the city, often to the detriment of its residents.

Being considered ‘more democratic’ than Rwanda is not hard and the Ugandan regime is flattered by the comparison. In fact, with a leader who has held power for 27 years and manipulated countless laws to entrench his position, many would shudder to label it a democracy. Most would consider it ‘semi-authoritarian’ at best. One observer referred to the comparison between Uganda and Rwanda as being between ‘a military dictatorship with chaos, and a military dictatorship with order’.

This allusion to order and chaos has a spatial manifestation: to grossly oversimplify, it sums up the difference between Kigali and Kampala in the twenty-first century, where urban management has been relatively effective (though controversial) in the former and largely disastrous in the latter. The question is: what does democracy actually have to do with the remarkable differences between how the two cities function? Are urban order and chaos explicable in terms of the amount of democracy happening in a city, or is the point, as the above observer suggests, something else about the character of politics and administration that is not usefully captured in simple terms of democracy and dictatorship?

The relationship between democracy and ideas of the ‘good city’ dates back to ancient Greece; yet Athenian democracy, like Athens itself, was built on slavery. In some respects the ancient city-states – with their minority rule, grand designs and imperial overtones – actually speak more the putative relationship between authoritarianism and urban order. This idea of an affinity between dictatorship and order, and conversely between democracy and disorder, is intuitive enough. The cliché that ‘under Mussolini, the trains ran on time’ provides an apt example: when the chain of command is unconstrained by popular voice, it implies, things run smoothly. Mass democracy, meanwhile, leads to proliferating opportunities for people to obstruct the actions of government and promotes conflict between interest groups, fomenting urban disorder.

However, neither theory nor evidence unambiguously supports this supposed link between authoritarianism and well-organised places. As Hirschman famously noted, it is through both exit and voice – central characteristics of democracy – that organisations (including governments) come to function better. States considered paragons of African democracy such as Botswana are home to relatively organised and developed cities, while Kampala under Idi Amin, an archetypal military dictator, was a turbulent space of economic mayhem from which much of the population retreated.  Even the claim about Mussolini’s trains has been revealed as mythical.

Clearly so many factors are at play that seeking a general relationship between democracy and effective urban management is of limited utility. This does not, however, mean that the role of democracy is insignificant in understanding urban development trajectories. My research suggests that democratic processes have often played an important role in undermining effective administration in Kampala, but this does not mean that democracy itself is ‘the problem’. The significance of democracy is better understood in relation to its interaction with other factors – including history.

In a paper exploring why urban plans and regulations are much less effectively implemented in Kampala than Kigali, I find that it is the political bargaining environment, rather than levels of economic development or state capacity, that matters most. What do I mean by the political bargaining environment? In short, the degree to which people living and working in the city – be they poor market traders, slum-dwellers or wealthy property developers – can find either a bureaucrat or politician with whom they can strike an economic or political deal that lets them pursue their business without government policies ‘getting in the way’. In an expansive bargaining environment such as the one in Kampala, ample opportunities present themselves for the exchange of mutually beneficial favours that undermine formal state institutions.

Democratic reforms, particularly in the context of substantial decentralisation, are implicated in this because they multiply the number of players who matter. Slum-dwellers may be courted by competing political organisations and may be able to play one off against the other to obstruct projects that would displace them or affect their livelihoods. Elites may be able to bribe a local politician to override the writ of a national bureaucrat, or vice versa.

Yet democracy is only one of many factors playing into this bargaining environment. Also significant , for example, is how informalised political processes were in the first place, in terms of the degree to which de facto governance happened outside formal state channels prior to democratisation. Whether government policies and plans are credible – in other words whether people believe the government has any real commitment to implement them – also affects the political bargaining environment. A lack of policy credibility can both implicitly invite bribery and place patronage relations firmly above policy priorites. These factors cannot be explained with reference to democracy alone; layering democracy onto a certain kind of urban bargaining environment, however, may make it even more fertile for the kinds of deals that cripple formal governance.

In another paper, I consider why regular rioting takes hold in some cities and not others, even where similar grievances exist. Rwanda’s relatively quiescent urban population is often accounted for in terms of the force of authoritarianism, while in Uganda riots might be linked to the shoots of democratic activism. I find, however, that the difference in terms of propensity to protest and riot has less to do with democracy per se than patterns of learned behaviour and social norms perpetuated though state-society engagement happening primarily outside of formal political channels. In Kampala, democratic institutions have added fuel to existing tensions, but at root rioting is more about the way public violence has come to form part of a language of state-society interaction than the introduction of democratic practices.

In short, Kampala’s urban development and governance problems are not caused by democracy.  A particularly rich history of political bargaining, negotiation, conflict and collusion from the national to the local levels of government, stemming from the fundamentally incoherent nature of the Ugandan polity created through colonialism, is critical. Add to this the basic form of democratic process but with no institutional depth or checks on power and you have a recipe for fairly anarchic urban development.

Nevertheless, the perception that democracy in the city was the problem has suited Uganda’s leaders well. Since 2011 both democracy and decentralisation have been undermined as the government clawed back control over the city, appointing a team of high-powered bureaucrats to run it instead of politicians. This shrunk the space for political bargaining, and in some respects has led to physical improvements in the city. Yet the effort to emulate Kigali (an explicit aim of Kampala’s new regime) will for the most part continue to be frustrated by the resilience of informal practices and expectations generated through years of bargaining under looser political conditions.

The real problem in Kampala was not democracy so much as the feeble nature of opposition parties under multi-party democracy. The introduction of multipartyism in 2005 ushered in a phase of particularly dysfunctional urban governance in Kampala, creating figureheads for urban discontent and new avenues for bargaining, but with political organisations that were not equipped to deal with this and offered little by way of agendas for development and political renewal. The result was more gridlock, more rioting and less stomach among politicians for seeing through agendas for urban transformation.

In reality, both the order of Kigali and the ‘chaos’ of Kampala reflected a lack of effective democracy. Rwanda’s capital may be the envy of the region’s urban administrators, but its current model is far from inclusive and arguably unsustainable. Meanwhile Kampala, ostensibly more democratic at least until 2011, is challenged by a lack of programmatic party politics. Only democracies with cohesive, programmatic political parties offer a route to cities that bring the benefits of organisation and effective management alongside popular inclusion and dynamic development. Sadly this kind of democracy is what many African countries lack, raising the spectre of further problems as the continent marches towards a more urban future.