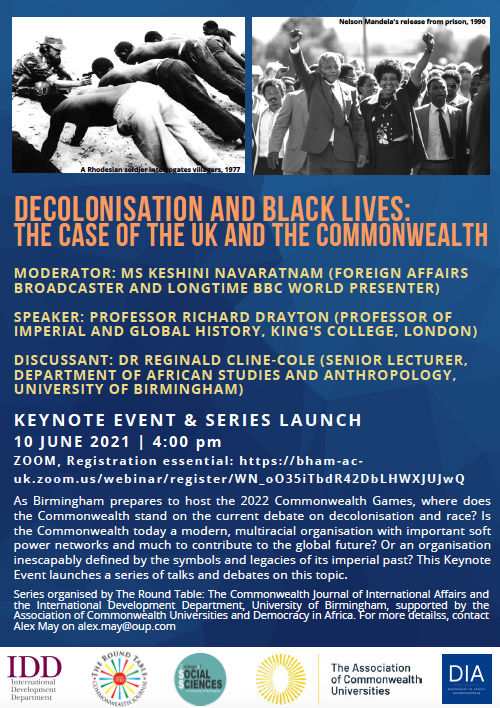 Democracy in Africa is proud and excited to be supporting a new series of debates and talks on Race, Decolonisation and the Commonwealth that are being organised by The Round Table: The Commonwealth Journal of International Affairs and the International Development Department, University of Birmingham, in conjunction with the Association of Commonwealth Universities.

DECOLONISATION AND BLACK LIVES: THE CASE OF THE UK AND THE COMMONWEALTH

The series of events will consider where the Commonwealth stands on the current debate on decolonisation and race? Is the Commonwealth today a modern, multiracial organisation with important soft power networks and much to contribute to the global future? Or an organisation inescapably defined by the symbols and legacies of its imperial past?