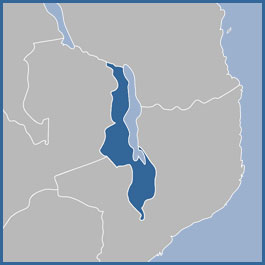 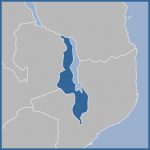 In the first blog of this two-part series, Pauline Peters argues that ‘land grabs’ in Africa, and the debates that surround them, have only reinforced the political importance of relations around land in the continent. Those who hold customary tenure are particularly vulnerable to foreign investors, she explains. However, whilst we need to analyse the role of foreign investors in these land grabs, we must not forget the crucial role played by public and private actors at a national level. Pauline Peters retired from Harvard’s teaching faculty and is now Faculty Fellow, CID, Harvard University.

An intense debate about the fate of Africa’s land and related resources has emerged in the context of foreign agents leasing  large tracts of land, a process referred to as ‘agricultural investment’ by the World Bank and others, but as ‘land grabs’ by critics skeptical of both the process and the outcomes. Analysis of the role of foreign agents is clearly important but large-scale land acquisition must be situated within a longer history of land appropriation and regulation by colonial and national regimes. I argue that this is especially the case for land under ‘customary’ tenure, which, since colonial days, has been treated as less than full property, and which now faces increasing threat from national agents as well as foreigners.

Colonial overrule fundamentally reshaped social relations around land, conceptions of property, links between land and authority and between place and identity, with effects that continue to reverberate today.  British colonial administrators (on whom I focus) saw rights to land for Africans as deriving from political authority rather than inhering in persons of various sorts. They cast chiefs in the role of ‘trustees for the community’,  with limited rights of administration and allocation.  Despite a conviction that African landholding systems were primitive and should change according to the 19th century theory of what Lord Lugard referred to as a ‘natural evolution’ from communal holdings ‘to individual ownership’,  the imperative of law and order in the form of indirect rule through chiefs convinced administrators to pull back from privatization. As Charles Meek, colonial officer and anthropologist, concluded, ‘The grant … to individuals of absolute rights to ownership would tend to disrupt the native polity, and so, too, would the indiscriminate sale of private lands by chiefs. The control of alienation of land has been, in consequence, one of the main planks of the British system of “Indirect Rule”’.

Denial of full ownership rights to holders of customary land had several key effects. One was to halt the development of a land market by ignoring or denying evidence of past transfers, and by declaring that land was inalienable ‘according to tradition’. Another, was to intensify competition among the various incumbents of ‘traditional’ leadership roles by placing land management under the institution of chieftaincy and by fixing territorial boundaries within which chiefs were made ‘trustees’ over land. Territorial fixing of political authority also emphasized the link between rights in land and group membership, with groups or ‘communities’ cast as ‘tribal’ and ethnic by colonial and succeeding governments. Indeed, some colonial officials explicitly warned that the colonial process of vesting authority over land in the chieftaincy would foster ‘tribalisation’.

After political independence, even where the state claimed ownership of national land, some form of customary tenure continued. During the 1960s and 1970s, many African governments, with the encouragement of the World Bank and other international aid agencies, introduced new land policies premised on the notion that customary forms of landholding did not provide the ‘security’ of land rights considered essential for agricultural investment, and that the solution lay in programmes of registration and titling to produce proprietary rights. A very large body of research has shown that most of these programmes did not lead to the expected increase in productivity; exacerbated conflicts by ignoring overlapping and multiple rights and uses of land; and revealed that customary tenure neither excluded individual rights nor was an obstacle to agricultural commercialization.  However, this positive representation of customary tenure from the research of the 1960s and ’70s has been considerably modified in light of sharpening inequalities within customary systems as well as of intensified government and private appropriation of customary lands in recent decades.

Competition over land in Africa is not new but it has become pervasive: It is associated with deepening social differentiation among land-users, and has increasing salience in national and international affairs as well as in localized arenas. Studies across the continent document the widespread contestation around land within and between regional and ethnic groups, within and between descent groups or lineages, and between generations and genders. These tensions have been exacerbated as land has become more valuable, more difficult to attain and keep, and more subject to transfers by those able to exert the necessary authority.

Government programmes of decentralization have tended to create or resurrect rivalries among traditional authorities. Along with the state’s demarcation of forest, game and other reserves, these have exaggerated ethnic, indigenous, or similar forms of identity that can be used for prioritizing some claims over land at the cost of others.

Among the contenders for authority over land are the state as a public entity, sections of national and sub-national government offices, traditional authorities (chiefs), and representatives of the state acting in their own private interests. African governments have used legislative, administrative and other means to exert authority over territory and the people living thereon. For example, the Land Acts passed in 1965 and 1967 by the new post-colonial government of Malawi gave ‘the Minister responsible for land under the Land Act 1965 … unfettered powers to dispose of customary land’ whenever ‘the Minister responsible for land matters deems it expedient for better agricultural development’.

The shift to multi-party regimes during the 1990s has tended to intensify both these tensions and the tendency of competing parties to court traditional authorities. In turn, the salience of localized identities, whether regional or ethnic or linguistic, has been intensified as parties vie for the support of the traditional authorities. Unsurprisingly, authority over land is central to such competition.

Despite the recorded increases of transfers of land as rentals, leases and ‘sales’ over the past few decades, there remains skepticism about the degree to which these constitute classical markets. This is because most of the transfers remain defined by, or are ‘embedded’ in, social relations.  Transfers that  avoid defining the exact terms of the land transfer or  payments that are described as ‘thanks’ or ‘tribute’ to an authority figure (such as a lineage elder or chief) lead to disagreements over whether the transfer was a loan, a rental or a sale. Moreover, studies reveal that many such ‘sales’ are highly conditioned and often redeemable, even after many years. Some analysts use terms like ‘vernacular’ markets, ‘embedded’ transfers, or ‘recombinant property’ to describe ambiguous combinations of private and group ownership.

Another sign of partial commoditization is an increase in what some call ‘informal formalisation’. These ‘informal’ documents and other means of recording land transfers (called ‘petits papiers’ in francophone areas) depart from the oral methods prevalent among customary systems, and represent more definite signs of boundaries and exclusion.

One channel of social inequality in access to land and associated authority over land is through a narrowing in the definition of belonging. Social conflict over land produces stricter definitions of those with legitimate claims to resources, that is, group boundaries become more exclusively defined. People come to be labeled ‘stranger’, ‘immigrant’, and ‘squatter’ as contrasted with local or original inhabitants, first-comers, and autochthons. The latter are considered to have a prior, legitimated authority over land, the former are assumed to have subordinate rights and little to no authority over land. This is leading to, or exacerbating, litigiousness, social divisions and violence. Detailed analyses by researchers of the social dynamics of conflict in Côte d’Ivoire and Sierra Leone stress the ‘agrarian roots’ of much violence, even civil war, in many places in Africa.

It is against this well-documented situation that one must place the new wave of large-scale land acquisition. The newest threat – acquisition of land by wealthy foreigners and influential nationals across Africa – will form the subject of my second post.