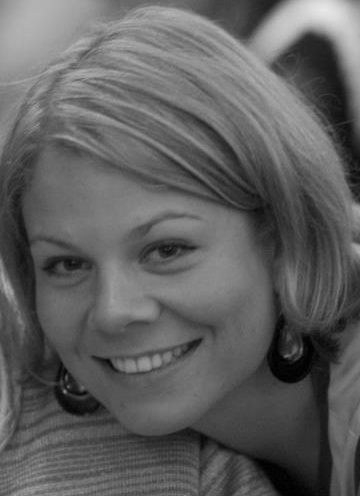 In this blog, Alexandra Lowe asks to what degree donors are responsible for the lack of choice available to Malawians in this election. Alexandra is a DPhil candidate in International Development studying at the University of Oxford.

In February this year, the Head of the European Union’s Delegation to Malawi expressed his doubts about the ability of today’s elections to deliver noteworthy change to its voters. Reportedly, he said,

“Everyone focuses on elections as if they solve all the problems. Elections are overestimated. Of course, Malawians will get the leaders they deserve, but the fact remains that the multiparty democracy has not delivered. The parties are a reflection of the values, sentiments and behaviour of the people. Politicians behave according to the expectations. It is paramount to change the behaviour from the grassroots level, otherwise the multiparty democracy will not deliver for the people”.

He could be forgiven for his pessimism, given the previous political careers of the four presidential candidates among whom the election is likely to be decided. Joyce Banda, the incumbent, is perhaps the epitome of a chameleon politician; she has been a member of each of Malawi’s four ruling parties. Her administration is plagued by high levels of corruption, most notably the ‘cashgate’ scandal, which has seen unparalleled sums stolen from a number of government ministries (approx. US$40 million between April and September 2013). Peter Mutharika of the Democratic Progressive Party was not only a very ineffective Minister of Education under his brother’s presidency but has also been linked to the corruption, authoritarianism and economic mismanagement of the Mutharika presidency.  In the days following Bingu wa Mutharika’s death, he played a pivotal role in the failed coup to prevent the transition of power to Joyce Banda. The third candidate, Atupele Muluzi of the United Democratic Front, the son of another former president, has not been able to adequately establish himself as a politician independent of his father. Equally he hasn’t been able to shake the rumours that he benefitted from the fortune that his father acquired corruptly while serving as president. Finally, Lazarus Chakwera, a retired Pentecostal preacher, has believably marketed himself as a breath of fresh air – he only joined active politics in April last year. But his affiliation with the Malawi Congress Party and its 30 years of oppressive rule as well as his inexperience in politics or government count against him. As Malawians head to the polls today to decide between these four, the most reliable opinion poll has declined to predict a winner, declaring the election too close to call.

But the responsibility for this situation, where elections offer only a choice between the same old recycled elites in different party colours, cannot be laid only at the door of Malawians voters. The European Union’s commentary conveniently obscures the role that aid has played in creating the underlying dynamics for this choiceless democracy, in which party allegiances are weak and ideology is virtually absent from election campaigns. After all, the decisions that have been fervently debated in Malawi in the last few years – whether to devalue the currency or to legalise homosexually to name but two – were decided in Washington or London more than on Capital Hill in Lilongwe.

Where Malawi’s main political parties do differ in policy, recent experience has shown that the donor community is willing to overrule electoral preferences. For example, there are important differences in the rural development policies outlined in each of the four leading parties’ manifestos: each of the contending parties promises to structure its input subsidies to smallholder maize producers in critically different ways. With smallholder maize farmers – the vast majority of whom are food insecure – making up more than 70% of voters, the question of subsidies provides an ideal terrain for political parties to carve out distinct political spaces and constituencies. Nevertheless, the efforts of all four administrations since Independence to wrest back control over fertilizer policy from the donor community have failed. Most recently, President Mutharika’s extremely popular Farm Input Subsidy Programme has gradually been eroded by the involvement of donors, many of whom see it as little more than a vehicle for redistribution to rural areas.

In the absence of ideology or even any meaningful debate about the policies that affect the majority of the electorate, it is unsurprising that spectacular political manoeuvres and last-minute changes in party affiliation – the deficiencies in Malawi’s democracy that the EU has bemoaned – have prevailed. Lacking meaningful yardsticks for evaluating their political candidates there is some evidence that Malawians will once again resort to regional and ethnic identities to inform their voting decisions. And with this, persistent rumours of the possibility of post-election violence – particularly if Joyce Banda wins – have emerged, even though preparations for the election have been more transparent than in previous years. It seems not unlikely then, that this is at least as much an expression of frustration at the inability of the Malawian electorate to influence its political fortunes via the ballot box as frustration over the election’s outcome.