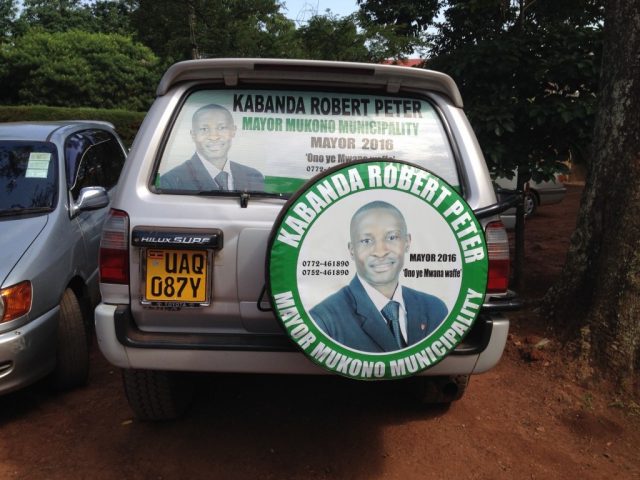 Justin Willis asks what is in store for Uganda now that Mbabazi has committed to run in elections, compares his candidature to Museveni’s previous opponents, and explains how his candidacy will be shaped by the need for cash on the campaign trail.

‘We simply must join those nations where a change of guard happens regularly and through the ballot’. Thus, explaining his decision to challenge Uganda’s current president Yoweri Museveni for his party’s nomination for next year’s presidential elections, former prime minister Amama Mbabazi evoked the idea of an international norm. The phrase came in a letter from Mbabazi to Museveni himself, leaked as part of the adroit campaign of information management currently pursued by Mbabazi. The letter was carefully phrased, emphasising the past achievements of the ruling National Resistance Movement (NRM) and underlining Mbabazi’s commitment to ‘peace and security’ and the ‘rule of law’ – the themes which have been at the base of the NRM’s long dominance of Uganda’s politics, through multiple ‘no-party’ elections and the two multi-party elections of 2006 and 2011. But Mbabazi’s letter – and his decision to stand – reflect a wider unease, that the relative stability of the last thirty years may now be endangered by an electoral sclerosis, which will undermine the legitimacy of government, internationally and within Uganda.

Sceptics will note that Mbabazi’s bid echoes that made by Kiza Besigye some fifteen years ago; he too was an NRM insider who championed reform. His challenge to Museveni, sustained over more than a decade, was met with a combination of brute force and the determined deployment of all the electoral levers of incumbency; he was tear-gassed, beaten, arrested, brought to trial on dubious charges. And while Besigye has earned considerable popular admiration for bravery, he has never come close to Museveni in the declared election results. Why should Mbabazi have more success? His presumably inevitable defeat in the NRM primaries may be no more than a prelude to his selection as the single candidate of the recently-announced coalition of opposition parties (‘The Democratic Alliance’, self-consciously modelled on Kenya’s 2002 opposition coalition). But opposition alliances – with varying degrees of unanimity – have failed to unseat Museveni in previous elections. Museveni’s tactics have varied, but they have been consistently successful: the 2001 and 2006 elections saw significant levels of violence against the opposition; that of 2011 involved dizzying levels of expenditure from public funds that secured Museveni an increased share of the presidential vote.

Yet Mbabazi’s approach is not quite the same as that of Besigye. He is less confrontational, more concerned to turn the law to his advantage than to mobilise popular protest. And his concerns are felt not only by the political elite, like himself, who have prospered under the NRM and who fear that the gains they have made in the last thirty years may be lost if there is no reform. There are many less wealthy Ugandans, especially in south-western Uganda where Museveni’s support has always been strongest, who remain emotionally attached to NRM but are uneasy lest the president’s refusal to step aside should compromise the fragile processes of accumulation that they pursue. The fear of disorder has a visceral power in Uganda, and, in an overwhelmingly young country, all Ugandan adults look with anxiety at a rising generation – how will their needs, and expectations, be met by an electoral system that seems stuck in a rut, with predictable outcomes, a parliament packed with ‘special interest groups’ (the military largest among them), and falling voter turnout? Mbabazi is not personally popular, and was himself the subject of corruption allegations while he was in office – but his bid has the potential to mobilise an unlikely coalition that desires stability but fears stasis.

Mbabazi’s posters have been torn down, and those distributing them arrested – as he had no doubt expected. The Electoral Commission, long criticised for its lack of independence, has dutifully declared that the display of such posters before the campaign period contravenes the law – though posters declaring Museveni the sole NRM candidate apparently do not. Meanwhile, however, campaigns are in effect under way for many other elected positions, and the Electoral Commission seems powerless to stop this. Next February, Uganda will elect a new parliament, and district and sub-county councils, as well as a president. Posters for those seeking nominations have begun to appear; the four-wheel-drives of aspiring candidates sport spare-tyre covers, and rear-window stickers, which advertise their ambitions. Above all, they have started to spend. This is bumper season for fund-raising. Any school, church or mosque with a building project is busy planning events to which prospective candidates can be invited; none dare fail to respond to such invitations, and all will come with their cheque-books open. Funerals, too, are well-attended, as those seeking votes rush to be seen offering condolences. Candidates and their agents are busy with a constant stream of requests for assistance, from school fees for orphans to impromptu ambulance duties for the elderly. The pursuit of elected office is a costly business; it may cost $100,000 or more to become an MP (or, indeed, to fail in the attempt). There are no party funds for most candidates, and they rely on the support of friends and relatives, borrow money, and sell property. Uganda’s elections revolve around money, at multiple levels.

That may be another reason to think that Mbabazi will fare better than Besigye. He cannot outspend the president, but Mbabazi’s campaign will be better funded than any previous opposition; that will surely help him. Yet that advantage is itself a reminder of the structural problem of Uganda’s politics. The last twenty years have embedded the expectation that elections provide an opportunity for contracting with candidates who will have access to the resources of a government which is otherwise inaccessible or unresponsive. MPs and councillors promise to channel such resources to their constituents, but they can never satisfy popular expectations. Voters, increasingly distrustful of such promises, seek to collect as many rewards as possible in advance of the election – and so elections become more and more expensive, and those elected become ever more narrowly concerned with the need to amass funds for their next campaign. Museveni’s determination to stay in office may have exacerbated that tendency in recent years, but he did not create it. Whoever wins the 2016 presidential elections, and whichever party(ies) secure a majority in parliament, this will be the continuing reality of Uganda’s electoral politics.

The productive failures of biometric voting in Africa