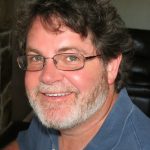 Recently, the Canadian government announced that it will be cutting the budget of the Canadian International Development Agency. In this opinion piece, Timothy Wild argues that the cuts are indicative of a wider re-orientation in Canada’s priorities, which will have a detrimental impact on its support for democracy in Africa.The Zimbabwean historian Terrance Ranger once suggested that we don’t need to provide ‘voices for the voiceless’; marginalised people, he argued, are often quite vociferous.  Rather, we must provide ‘ears for the earless’.  How true! Following from this, I would suggest that authentic exercises in democratization both amplify voices and hone hearing. Sadly, Canada’s current foreign policy and international development imperatives do not seem to do either.

A few months ago, the Government of Canada announced that it will be substantially cutting funding to the Canadian International Development Agency (CIDA). Undoubtedly, this decision will have an impact on democracy in Africa – particularly in Zimbabwe, where CIDA funding helped support the important work of civil society groups promoting free and fair elections. Without this funding, the Zimbabwe Election Support Network, for example, will be more limited in its ability to do this much-needed work.  By slashing this particular stream of funding, we are failing to help the democratic privileges we enjoy in Canada develop elsewhere. Short-sightedly (and unnecessarily), we are limiting the chance that democratic process becomes a substantive reality in Zimbabwe.

That is not to suggest that Canada has been heavily involved in the expansion and maintenance of democracy in Africa.  Our involvement has certainly not been as significant as it should have been.  Yet, there used to be at least some public and political recognition in Canada that a wealthy liberal democratic country could be (whilst minimizing any patronizing or directive behaviour) of some assistance in supporting democratic practices, principles and aspirations in Africa.  The cuts to CIDA, however, seem to be reflective of the Government of Canada’s growing and troubling tendency to base their decisions (both domestically and internationally) on ideologically-grounded economic considerations alone.

Admittedly, the crisp call of economics has always played an important role in shaping our priorities, but a concern for humanitarianism and justice formerly had some impact on our international political agenda.  Conservative Prime Minister Brian Mulroney, for example, voiced more opposition to apartheid in South Africa than either Prime Minister Margaret Thatcher or President Ronald Reagan.

Now, as with many other countries, it seems that trade is the principle consideration underlying our foreign policies – just look at our public cozying up to China despite its dismal human rights and environmental record.  Within such a trade-obsessed paradigm, our support of authentic and sustainable democratization will falter. And, money and trade aside, people on the ground will pay the price when we determine our foreign policy decisions largely in terms of economic self-interest.

In recent years, the Conservative government of Stephen Harper has cut to virtually zero foreign aid to Benin, Niger, Rwanda, Zambia and Zimbabwe.  At the same time, Mozambique and Tanzania —which are home to significant Canadian mining and energy interests — have been identified as so-called CIDA “countries of focus,” which means they were among a list of 20 nations continuing to receive Canadian assistance.

The current sentiment seems to be that in those countries where we have limited economic ties or self-interest, the people do not merit Canadian assistance of any kind.  Quite a depressing thought actually.  Canada is a country prosperous in so many ways – it is incumbent upon us to spread some of that wealth more widely – both domestically and internationally; justice, integrity and democracy demand it.  But to do this we need to help direct the ears of the political leadership in Canada to voices on the margins.