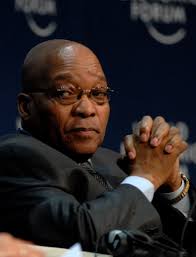 Low on allies but not out of ideas, what next for President Zuma? Nicole Beardsworth analyses what the future has in story for the beleaguered leader, and issues an important reminder not to underestimate his staying power.

IN JUST TEN weeks, South Africa’s long-ruling African National Congress (ANC) will head to an elective congress to install a new party president who will be the party’s national presidential candidate in 2019. Struggling under the weight of compounding corruption scandals and a battle for control of all sectors of the state, President Jacob Zuma has pinned his fortunes to the candidacy of his ex-wife, Nkosazana Dlamini-Zuma, the former AU Commission Chair. Recently, Zuma (narrowly) survived his seventh parliamentary vote of no confidence, and is facing growing internal criticism by party heavyweights and the fracturing of the long-standing tri-partite alliance between the ANC and labour federation COSATU and the South African Communist Party (SACP). As a result, Zuma is frequently portrayed as being on the back foot.

His current woes don’t originate in the (potentially soon reinstated) 783 corruption charges that he was facing prior to his presidency, nor the furore over the state financing of upgrades to his personal home, but from a trove of over 300 000 emails leaked to investigative journalism outfit, amaBhungane. These leaks detail the way in which Zuma’s friends and business associates – the controversial Gupta family – have used their political connections to act as gate keepers for dozens of state contracts, possibly amassing as much as R100 billion and shifting it offshore to accounts in Dubai and India. The leaked emails also suggest that, should Zuma’s succession plans come unstuck, he may be looking to relocate to Dubai. These emails helped to bring down London PR firm Bell Pottinger, as well as the South African leadership of auditing firm KPMG and software giant SAP, while many of the Zuma faction’s key acolytes at state-owned enterprises appear to be falling under the axe as reports of their financial crimes surface.

But don’t count Jacob Zuma out just yet. Zuma is a master tactician – he was allegedly the reigning chess champion on Robben Island – and a securocrat whose closest allies are in the intelligence community. As a result, he appears to always be one step ahead of his detractors. Through his appointments to various key cabinet and government posts, Zuma has managed to avoid prosecution over the old graft charges and dodge any serious investigations over the current allegations of corruption that have tainted his legacy. The office of the Public Protector – previously staffed by a corruption-busting lawyer – has been undermined by the selection of an apparent Zuma ally, while the head of the national prosecuting authority seems to be missing in action.

Ahead of the upcoming party and national elections – which will likely determine the fate of Zuma and his family – the president and his faction are trying to secure a win for Dlamini-Zuma. Bell Pottinger had apparently been asked to manage her campaign, but the campaign would only be successful on the back of sustained media coverage. A key Zuma ally who was responsible for ensuring positive coverage at the national broadcaster was removed in 2017, and the president has prevaricated on appointing a fresh and more independent board, chosen by parliament. Zuma has even gone so far as to have personal meetings with key SABC figures, potentially undermining the independence of the public broadcaster. The SABC is critical to the electoral fortunes of the ANC, and controlling the national broadcaster would help the Zuma faction to control the messaging ahead of the congress and national polls. As the ANC appears to follow the liberation party trend of moving from an urban-based to a rurally-based party, it will become increasingly important to be able to reach rural voters using the national broadcaster’s vernacular-language radio stations which have a listenership of over 37.6 million citizens – twice the number of people who voted in the 2014 elections.

In order to control the election outcomes and ensure continued flows of patronage, it is critical that the presidency be able to bend the country’s financial policy and budget to his own ends. Reports that the presidency is trying to capture the Treasury are not new. Such reports were buttressed by the removal of technocrat Finance Ministers Nhlanhla Nene in 2015 and Pravin Gordhan in 2017, and their replacement by unknown or inexperienced finance ministers. New reports have now surfaced that the new finance minister, a Zuma ally and Gupta-associate, has established a parallel administration at the National Treasury, side-lining key technocrats and delaying important investigations into maladministration and corruption. In September, Cabinet announced that the budgeting process for the 2018/19 financial year would be ‘overseen’ by the Presidency – raising further concerns that the president would then have greater control over financial allocations.

This is important as the President – and his preferred candidate – have been promising voters ‘radical economic transformation’ in order to shore up the party’s waning electoral fortunes and defuse the negative effects of Zuma’s numerous corruption scandals. This promised new policy is amorphous, swinging between being defined as the conditions to bring about a more egalitarian, inclusive economy and something approaching radical, racialized empowermentin productive sectors of the economy. Increased control over the 2018/2019 budget would allow the presidency to put into action some of the policies within this framework that, the faction hopes, would help the ANC carry the next national election.

But Zuma and Dlamini-Zuma don’t have the congress sewn up just yet. There is increasing pushback from within the ANC, and key figures have come out vocally in support of Dlamini-Zuma’s strongest opponent – Cyril Ramaphosa. The battle has quietly – and sometimes not-so-quietly – been raging at the provincial ANC congresses, with each faction battling it out to have their supporters elected and thus to control which voting delegates are sent to the December congress. There has also been significant inflation of reported numbers in the party’s provincial membership, as the number of members that a province has determines how many votes they are allocated at the congress. The greatest disparities have been found in Zuma’s home province of KwaZulu-Natal (KZN) – this province already has the greatest number of ANC members and thus delegates at the elective congress, making it a key succession battleground.

As Zuma’s support in other regions wanes, his faction is increasingly reliant on controlling the party’s structures in this king-maker province. The province has experienced increased levels of violence during periods of increased intra-party competition as around the 2016 municipal elections when more than a dozen council candidates were killed in the months before the polls. These killings have continued as the presidential succession race has heated up. In September the High Court nullified the election of a pro-Zuma ANC leadership in KZN, but a likely decision to appeal the ruling will probably leave the pro-Zuma leadership in place ahead of December. As for the other provinces with pro-Zuma administrations, Zuma’s support appears to be on somewhat shakier ground, making the battle for KZN a critical one.

When it comes to Cyril Ramaphosa’s candidacy, it appears that the Zuma faction is willing to play dirty. In September, apparently-leaked emails to a local newspaper appeared to imply that Ramaphosa was embroiled in a web of adulterous relationships but the ANC heavyweight has refuted most of the claims, arguing that it was Zuma’s allies in the intelligence services who had hacked his emails in a concerted political smear campaign. Journalists from the Independent – which is owned by a pro-ANC businessman – have hinted that yet another big Ramaphosa story is on the horizon. The race is likely to get very ugly ahead of December, and many a political skeleton will probably fall out of the proverbial closet. But just which way the December congress will go, is still very much up for debate.