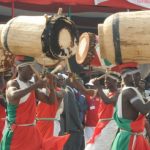 As Burundi celebrates half a century of independence, we hear from a researcher in the country who shares their opinion on the state of the nation in Burundi and the prospects for a democratic future…

Last July, Burundi celebrated the golden jubilee of its independence from Belgium. In the streets of the capital city Bujumbura, a crowd gathered to watch Burundian soldiers and representatives of all professions parading in front of African presidents and the crown Prince of Belgium. The party was, however, marred by condemnation of Radio France International journalist Hassan Ruvakuki to a life sentence for terrorism a few days earlier.  At 50, the future of democracy in Burundi is still uncertain. For many, the crackdown on the opposition and the media that has intensified since the 2010 elections is only one of the many clear signs that the country is once again entering an almighty-one-party era.

Burundi, one of the few African countries whose borders were not totally made up by Western powers, has a long record of autocratic rule. Four years after independence, a military coup deposed the king who had been long supported by the Belgians. Four decades of ruthless authoritarian rule by the military Tutsi elite from Bururi province would ensue. An overwhelming majority of the population was excluded from economic and political power and the country experienced numerous (failed and successful) coups and tragic episodes of ‘ethnic’ (1) communal violence such as the 1972 massacre of 150,000-300,000 Hutus. In the late 1980s’, early attempts of decentralisation and new episodes of communal violence paved the road for the troubled Burundi’s first elections in 1993 in which the ruling UPRONA party (Union for National Progress) lost to the FRODEBU (Front for Democracy in Burundi). Hopes for democracy were, however, cut short by the assassination of the first Hutu president three months after he was sworn in. The situation soon degenerated into a bloody civil war that would only end more than a decade later. Peace came timidly with the 2000 Arusha peace agreement that consecrated the (currently challenged) ideas of power sharing and ‘ethnic’ representation and more decisively with the 2005 elections and the victory of the former Hutu rebel group CNDD-FDD (National Council for the Defence of Democracy – Forces for the Defence of Democracy).

As often is the case, the second post-war elections proved to be more challenging than the first. Starting from 2009, pre-electoral political violence and intimidation from youth sections of the parties, such as the CNDD-FDD’s ‘Imbonerakure’ sparked off in different parts of the countries. In the first months of 2010, nobody dared to predict the outcome of the elections and the situation was often described as ‘explosive’. CNDD-FDD had the advantage of incumbency but the FNL (National Liberation Forces) of Agathon Rwasa -who had only stopped armed fighting in 2008- seemed to be enjoying a growing popularity among Hutus unhappy with five years of CNDD-FDD rule. In Bujumbura, the MSD (Movement for Solidarity and Development) of the Harvard-educated journalist Alexis Sinduhije was the favourite of the intellectual elite and the international community. FRODEBU, which still had large membership and youth activists, and UPRONA were the two other main forces. No less than five elections were planned in a row but the first election – a municipal vote – was enough to plunge the country into a new crisis. After two postponements the municipal vote was held on May 25th 2009, and the CNDD-FDD was declared the winner with 64% of the votes. The days that followed this announcement were crucial to the democratic future of Burundi. Unfortunately, two key actors arguably committed crucial strategic errors.

On the one hand, the opposition led by the FNL of Agathon Rwasa (that came second with 14% of the votes) accused the president Pierre Nkurunziza of rigging the elections and decided to boycott the next rounds (2). The situation worsened when the electoral commission and international observers rejected appeals and declared the election valid. Despite attempts to re-establish a dialogue, the main opposition parties (apart from UPRONA) that eventually federated into the ADC-Ikibiri alliance refused to re-enter the political competition. Later, the government made the opposition parties illegal and drove their leaders into exile. The direct consequence of key opposition parties withdrawing from the electoral process was not only the re-election of president Nkurunziza but also the capture of democratic institutions by the CNDD-FDD. The ruling party won a comfortable majority at the senate and the national assembly, allowing it enough power to change the constitution. On the other hand, the international community, by remaining largely silent about the events, did not help to unlock the political impasse. Quite the contrary, the implicit message sent to the CNDD-FDD was that nobody would interfere in Burundian affairs, giving the party the latitude to solve the political crisis as it pleased.

Unsurprisingly, there were new bursts of violence in the aftermath of the municipal elections, which culminated in the Gatumba killings, a massacre that cost the life of 36 in September 2011. Since January 2012, though, the number of politically-connected assassinations seem to have declined (violent assault and robbery are on the rise) or at least to have become less visible. It is hard to pinpoint what exactly has happened. Perhaps the crackdown of the authorities has paid off, especially since joint operations of the Congolese and Burundian armies have destroyed the support base of FNL and other self-proclaimed rebel groups in South Kivu. Alternatively, it could be that most opponents simply did not want to engage with violent action anymore -the question of whether this is a rejection of violence as a means of political change or a fear of repression remains open. However, the public discourse against potentially dissident forces has remained violent.

At the same time, power has been changing hands (as it seems to have done every 10 years or so since the independence). The hardliners and ex-combatants of the CNDD-FDD have taken over. They have a grip on the police, have put substantial parts of the judicial system under their control and have started attempts to control the media and crush any form of dissenting voice. Party offices pop up everywhere, and their construction is often publicly funded. The name and heritage of non-parliamentary opposition and civil society is claimed by (legally created) copycat parties often close to the CNDD-FDD. Virtually all public offices (national and local administration but also direction of schools and hospitals) are distributed along political lines, with the CNDD-FDD leaving little to its (very) junior partner in the government UPRONA. The strategy seems to be directly influenced by UPRONA strategies from the 70s’ and 80s’, with the difference that, after political allegiance, the main criteria for attributing positions seem to be the one’s record during the civil war, irrespective of one’s personal skills. This redistribution of power and rents is hardly a promising strategy for economic development.

The lack of a consistent democratic opposition in a heavily politicized society also contains a risk for the civil society. Nature does not like a vacuum and the Burundian civil society, sometimes reluctantly, emerges as the only existing counter-power. However, it is ill-equipped to fulfill this role and may well self-destructs by entering into politics. Moreover the possibilities for civil action are restricted by a tight control on public meetings.

Today, few forces seem to be capable of blocking the path to a one party state. The potential for violence remains. Youth militias and ex-combatants from either side continue to pose a threat to communal peace. The main reason for communal violence is not Hutu-Tutsi tensions or regional identity anymore; it is political allegiance in a highly politicized society. Indeed, the central struggle is between two former Hutu rebel movements (CNDD-FDD and FNL) (3). It would however be too easy to end on this bleak picture. Burundi has changed over the last twenty years. The political awareness of the citizens has developed. Widespread corruption at all levels, mismanagement of public affairs and cronyism are increasingly registered by a population that are beginning to demand more accountability. There are signs of non-violent political protest, with the first national strike (against high prices), which occurred on March 27ththis year. The media, although under pressure, continues to work and raises questions about the country’s management on a daily basis. Recently, a project of law limiting the accountability of the police forces was denounced by the media and subsequently turned down by the parliament, which is usually perceived as a rubber-stamping mechanism for ministerial law projects.

The big question is whether all this will translate in asking for changes at the 2015 elections (or before) and if so, how. This, and the stability of the country, is tied to the channels available for the population to express its voice.

1. The characterisation of Hutu and Tutsi -who share the same land, language, religion and customs- as ‘ethnicities’ is disputable. The construction of these identities is tied to the German and Belgian colonists who did not hesitate to instrument the ‘ethnic’ lines within the society to assert their power.

2. Ex-post, most people argue that CNDD-FDD would have win anyways as it was the sole party with a strong grassroots support outside Bujumbura and its periphery.

3. Of course, this does not guarantee that ethnicity will never again be exploited for political violence.