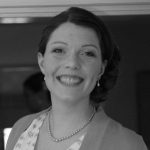 In this blog one of our co-editors, Sarah Jane Cooper-Knock, shares her thoughts on a recent article by Simukai Tinhu on the political landscape in Zimbabwe.

Last Tuesday, Simukai Tinhu wrote an article that appeared on the Guardian Africa Network explaining ‘why Zimbabwean voters are deserting Morgan Tsvangirai’. This is a thought-provoking article, and Tinhu’s argument that disappointment with the MDC has grown since they entered into a power-sharing arrangement with ZANU-PF is well taken. His point that Welshman Ncube’s MDC faction might split the vote is also something that Peszisai Ruhanya noted in an earlier post for this blog.

That said, it is worth asking whether the situation is as clear-cut as Tinhu describes. The polling data to which Tinhu refers when he claims that the Zimbabwean electorate are deserting the MDC is not ‘recent’, as he suggests. Fieldwork for both the Afrobarometer and Freedom House polls were conducted in June and July of last year. Much political water has passed under the bridge since then, and more substantive evidence would be needed to argue that these numbers still hold.

Furthermore, the reasons that he gives to explain the MDC’s apparent loss of political support raise some questions. First, he claims that economic improvements will have taken the wind out of the sails of the MDC’s rallying cry to fix the economy. Yet, as he notes, many in the country remain unemployed, and are struggling to make ends meet, so it seems unlikely that a similar electoral message to 2008 would lack any appeal.

Second, Tinhu claims that corruption and personal scandals have blighted Tsvangirai’s reputation. Combined with rifts within the party, he argues, this will seriously damage the MDC’s prospects. The difficulty here is not so much what Tinhu is saying about the MDC, but what he is not saying about the scandals and divisions that threaten all of the MDC’s competitors, including the newly resurrected ZAPU-PF. By focusing in on the MDC we get an insight into their organisational challenges but not necessarily a useful perspective on the electoral landscape.

Third, he points to Mugabe’s anti-western narrative, arguing that it will mobilize support for ZANU-PF and undermine the MDC who are being caricatured as henchmen of the West. Such rhetoric, however, is hardly a new weapon in Mugabe’s arsenal, and Tinhu does not tell us why these words, which failed to have a decisive effect in 2008, would gain such traction now.

Finally, it is worth reflecting on the point with which Tinhu closes, ‘it shouldn’t come as a surprise when [the MDC] loses, even in a free and fair election’. What slips out of focus in Tinhu’s article is the very fact that Zimbabwe is unlikely to have a free and fair election. Rising police crackdowns on civil society; the arrest of high-level figures like Human Rights Lawyer Beatrice Mthetwa; and the rejection of UN election funding by the government when the organisation’s staff sought to meet with civic groups ahead of the election, all point to the possibility that ZANU-PF may seek to engineer the election.

Of course, the last thing we should pursue ahead of the polls is the beatification of the MDC: A critical eye needs to be focused on the opposition in Zimbabwe now, as ever. However, if we focus on the weaknesses of the MDC and remain silent about the flaws and abuses of their competitors, we miss the bigger analytical picture. Ultimately, the only group that gains from such a cropped perspective are ZANU-PF.