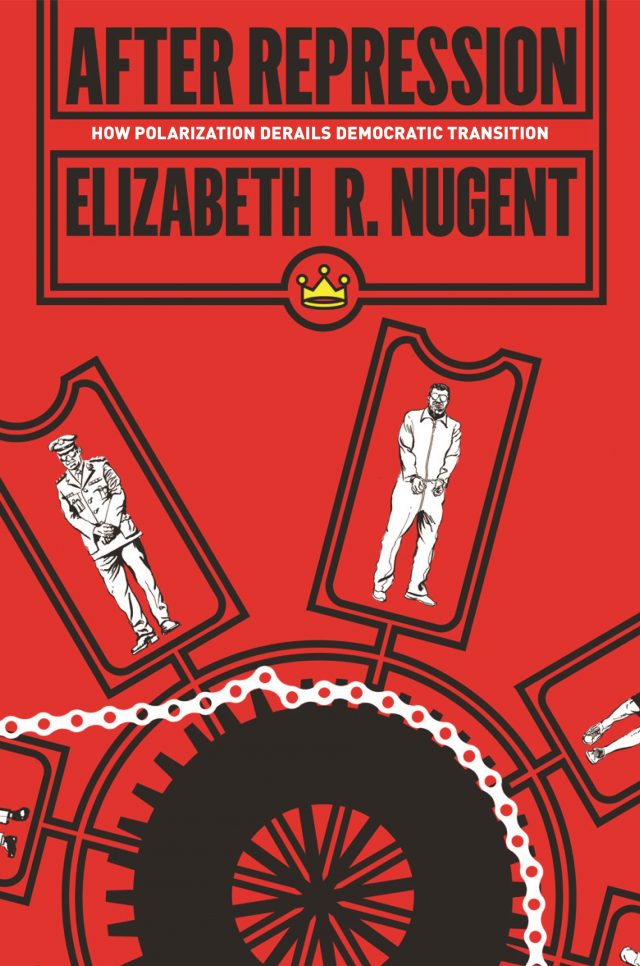 In December 2010, protests that would serve as the catalyst for the Arab Spring uprisings began in Sidi Bou Zid, a small city in Tunisia’s interior. Over the following year, every Middle Eastern country would witness some form of mass mobilization challenging the political, economic, and social status quo. Nearly a decade after the uprisings, we now know that despite similarities in the timing of protests, the nature of mobilization, and the scope of demands, the uprisings would lead to huge variation in democratic outcomes across the Middle East.

There have undoubtedly been positive developments following the uprisings; public conversations on gender equality and sexual harassment have become more prominent, and networks of activists have developed powerful common rhetoric and repertoires of contention to defend themselves against repressive regimes. But overall, the region remains undemocratic.Regimes in Algeria, Iraq, Kuwait, and Morocco responded to the uprisings by granting concessions and remained staunchly in power, having successfully fractured the opposition and demobilized protesters. In Bahrain, the uprising was ended by a brutal regime crackdown supported by Saudi Arabia, while the Syrian and Libyan uprisings descended into civil war.

Egypt and Tunisia were two of the first countries to witness protests. And to date, Tunisia remains the only country to have seen substantial democratization following the uprisings. In January 2011, President Zin el-Abidine Ben Ali resigned from the presidency after 23 years after weeks of unrelenting protests. The National Constituent Assembly was elected in October of the same year and passed a new constitution in January 2014 with the participation and support of all major political groups. Since then, Tunisia has held a number of free and fair presidential, legislative, and municipal elections, and a transitional justice campaign concluded in 2018  after hearing over 62,000 complaints failed by Tunisian citizens against the state for human rights abuses committed since 1955.

In contrast, within three years of the uprising, Egypt devolved into authoritarianism worse than that of Hosni Mubarak, the president deposed by the uprising in February 2011 after 18 days of sustained protests. Tension was palpable under an interim government dominated by the Muslim Brotherhood’s political representation, the Freedom and Justice Party. An elected constituent assembly convened in March 2012 but could failed to pass a new constitution with agreement and support from all sides after FJP opponents boycotted constitutional proceedings. On July 3, 2013, the Egyptian military seized on divisions among politicians and massive protests directed at President Mohamed Morsi, a former member of the Brotherhood’s Guidance Bureau, on the first anniversary of his inauguration, to execute a coup d’état.

What explains such divergent outcomes in Egypt and Tunisia?  Many analysts and scholars have compared levels of economic development, the nature of military involvement, or geostrategic influences. But what of the political actors tasked with navigating the disorder of democratization? After all, the Brotherhood’s political rivals sat in symbolic support behind Army General Abdel Fattah al-Sisi as he announced the forced change in government on national television, granting civilian legitimacy to military intervention in Egyptian politics. In both Egypt and Tunisia, the former opposition was empowered during the uprisings, dominated interim governments, and were ultimately responsible for achieving the compromise and cooperation necessary for moving the transition forward.Where Egypt and Tunisia differed was in observable differences in polarization among these actors, which ultimatelycontributed to divergent outcomes.

In After Repression, I argue that the level of polarization at the moment of the uprisings was a product of legacies of repression. In Tunisia, Ben Ali’s use of widespread repression against all opposition groups between 1987 and 2010 created shared political identities and decreased polarization. Shared experiences of repression helped the opposition to see themselves as common victims.Meanwhile, Egypt’s Mubarak carried out targeted repression against the Muslim Brotherhood between 1981 and 2011, which resulted in opposition groups building distinct identities that increased polarization (among/between) them. As a result of regular, targeted repression, the Brotherhood was regularly increasingly internalized an identity centered on unique victimization, in turn growing more distant from the rest of the opposition.

The difference in repression and the identities each type created helps explain why elites in Tunisia were able to compromise, cooperate, and continue on the path to democratic consolidation while deeply polarized elites in Egypt facilitated the reemergence of authoritarianism. In Tunisia, suffering together under the old regime facilitated negotiations over difficult topics such as the content of a new constitution, the timing of transitional elections, and the nature of a transitional justice campaign to hold the perpetrators responsible. These same issues were highly partisan and politicized in Egypt. Neither the Brotherhood nor its competitors trusted each other, nor were they open to compromising or granting concessions to move the process forward.

Polarization ultimately derailed Egypt’s brief experiment with democracy. Since 2013, the Sisi regime has sidelined all viable political opposition, starting with the Muslim Brotherhood and turning more recently to activists, journalists, writers, and artists through harsh repression. The regime has jailed more than 100,000 people, constructing 19 new prisons to house this burgeoning population. Countless Egyptians have been disappeared and tens of thousands have sought asylum abroad.

A hopeful take on the current stifling political environment in Egypt is that as repression has become more widespread, touching members of all political groups, there has been a notable softening of the vitriolic rhetoric between groups. As members of the Brotherhood have languished and died in Egyptian prisons, rival politicians and activists have lamented what this means for their beloved country in language that was unthinkable in the days of the coup. Perhaps this change in tone is indicative of changes in identity, which could create the opportunity for cooperation between rival political actors – and ultimately another chance at meaningful democratization in the future.

Elizabeth Nugent is an assistant professor of political science at Yale University.