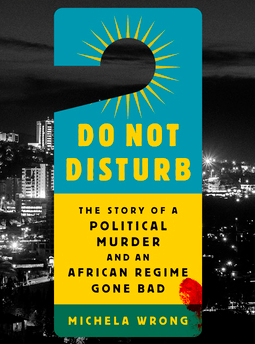 This book has an important tragic, central character but, arguably, no great heroes.

I first encountered Rwandans as refugees in Burundi in 1964 and then again in Rwanda as non-resident British ambassador in 1994. I was one of those who  believed the Rwandan Patriotic Front (RPF) – the insurrectionary force of emigrés and refugees who invaded Rwanda from their base in Uganda and then fought a victorious civil war against the genocidal former regime – were heroes in a just cause, up to 1994.

They helped Museveni, their patron, in Uganda to gain control of that ruined country by force and instal himself as President. They walked back in 1990 into Rwanda, the country from which their parents had been driven in waves of persecution since independence by an explicitly ethnic Hutu regime. Once in Rwanda, the RPF claimed a place in the regional peace process which was supposed to lead to the establishment of an inclusive government. In 1994, when their people in Rwanda faced genocide, they fought and defeated the government which had devised and put into effect their plan to kill the minority and their sympathisers.

Their story has the elements of tragedy, struggle and ultimate success to be truly heroic. After 1994, the world’s sympathy and guilty conscience over the genocide ascribed virtue to the victorious RPF. They helped the struggling new regime, buttressed by the return of exiles from the region and beyond, to rebuild Rwanda. But the lustre began to tarnish as events raised questions about their virtue, and the intentions they had proclaimed in their days of struggle. The decision to mention only the Tutsis as victims of the genocide is a travesty. To suggest non-Tutsi were not victims, too, indicated an exclusivist hubris on the part of Rwanda’s new masters.

Michela Wrong lays out the context of her story with great care. Her central character, Patrick Karegeya, is one of those who joined the RPF’s trek home from Uganda, and became its intelligence chief. His job commanded respect, and his character made him popular in the RPF, and internationally well known. He, more than most, must have known where the bodies were buried.

As the RPF’s new government settled in after their military victory in 1994, the shadows began to lengthen over its reputation. Those who cut it some slack on the grounds of necessity, came to feel increasingly uneasy about its internal direction, its willingness to ditch the inclusion of Hutus in the government, its ruthlessness internally and its foreign adventurism. Questions arose about its own record of crimes against humanity during and after the civil war of 1990-4.

Michela Wrong has chosen the right moment to train her forensic eye and formidable writer’s skills on the later, unheroic phase of the RPF under President Kagame. The lapse of time helps her to apply perspective to her observations; and there is enough evidence now, and still sufficient live witnesses, to make this book about the assassination of one man a morality play. It is a judgement on the regime which has commissioned exile and murder as a way of silencing uncomfortable voices within as well as outside its own ranks. Rwanda’s tragedy is still playing out. Debates between the regime’s apologists and critics are toxic.

The story is compelling. Wrong sets Karegeya’s career in the context of the Tutsis’ emigration over decades and the RPF’s formation, invasion of Rwanda and ultimate victory. She pre-empts head-on what have become standard lines of attack by regime apologists, both Rwandan and foreign – that those who criticise the regime are somehow genocide-deniers and irredeemably ill-disposed to the post-1994 Rwanda. She covers the invasion and civil war straightforwardly, and its aftermath as dispassionately as possible in a state which discourages inquiries and denies visas to sceptics. Her research is thorough and has taken years.

She does not precis well-trodden ground. There are in her account fascinating insights into some of the mysteries that have remained unexplained for the last 26 years. No spoiler alerts, but these include the circumstances of the death of the RPF’s first leader, Fred Rwigyema; and the shooting down of the hired French aircraft conveying the presidents of both Rwanda and Burundi from a meeting in the Arusha Peace Process. Responsibility for the attack remains a mystery which has until now poisoned Rwanda’s relations with France.

Wrong has equally important insights into the characters of the RPF leaders in their heroic phase, which helps us understand how they behaved in the non-heroic aftermath. Fred Rwigyema was a charismatic leader, whose body received a hero’s burial when it was finally taken back to Kigali from Uganda over four years after he was killed in Rwanda. He was President Museveni’s favourite Rwandan and deputy during the Ugandan Bush War; he led Museveni’s own victory parade through Kampala.

Few of us rumbled the difference between those Rwandans whose families had migrated more than a generation before 1994, and were therefore ethnic Rwandan citizens of, and settled in Uganda; and those Rwandan citizens whose parents fled from the persecutions and pogroms unleashed by the Hutu leaders in Rwanda after independence, and took refuge in Uganda, or other neighbouring countries. Karegeya was a Ugandan of Rwandan ethnicity: this split loyalty became most painful for him when, in the DRC, Rwandan and Ugandan troops confronted each other on opposite sides. His Ugandan origin made him vulnerable to charges of disloyalty when it suited his erstwhile colleagues in the RPF.

In the course of her research, Wrong also dug into the character of Paul Kagame. His severe demeanour and spare physical frame are familiar to many outside Rwanda, but Wrong describes his upbringing, his role in Museveni’s Bush War in Uganda, and in the RPF, where he emerged from obscurity to leadership and thence to the presidency of Rwanda. From a stern disciplinarian he has become the hammer of his opponents and a remorseless driver of his old friends into exile, where many met their deaths.

Wrong refers to two points  which show how differently Museveni viewed national political leadership from Kagame. First, he eschewed political assassination as counter-productive. Second, he advocated at the outset that his own victorious National Resistance Movement should hand over power quickly. Museveni has famously resiled on the second; but on the first his record is better than Kagame’s.

Karegeya was privy to some of those RPF assassinations. He was the regime’s PR man abroad, and the broker for the blood diamonds looted from the DRC. His disillusionment with Kagame might have rehabilitated his reputation, had his assassins not interrupted that process.

Wrong concludes with reminders of why her book’s title is apt. The heroic days of the RPF have yielded to duplicity, treachery, betrayal and assassination. Why did those who later fell out with the regime serve so long as its defenders, apologists and executives; and why is the obscure Kagame of 1990 still standing tall thirty years on?