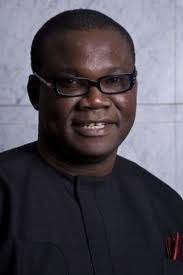 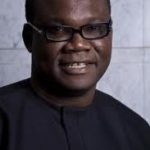 Inocent Chukwuma, criminologist, activist and Director of the Centre for Law Enforcement Education (CLEEN) visited the African Studies Centre recently for a small informal gathering of Nigeria watchers. Those who were present were lucky enough to hear a comprehensive take on Nigeria’s Boko Haram insurgency informed by radical criminology and political economy, which included Nigeria’s media and civil society in its critical purview. Here, Olly Owen, DPhil candidate at Oxford University, summarises the highlights.

When Innocent came to Oxford, he spoke on Boko Haram, the differences with previous insurgencies in Nigeria such as the OPC militia and Niger Delta militancy, touched on the January ‘Occupy Nigeria’ protests, and debunked a whole host of popular (mis)perceptions along the way.  The presentation addressed five core questions: In what ways is Boko Haram different from previous insurgencies? How has the media analysed and interpreted it? What has government’s response been? What are the missing links? And what difference did the Occupy Nigeria protests make?

“Neither the law, nor the social order in Nigeria which it tries to maintain, are in the interests of the ordinary people who are poor”. With this uncompromising opener, Innocent reviewed the anti-poor consequences of urban renewal programmes and reforms to fuel subsidies which hike the costs of living, “so when you put it together, there is no incentive for the ordinary Nigerian to support the law and social order that we have in Nigeria today”.  Social relationships, not the state, solve your problems for you – and this perhaps explains why people are prepared to support those narrow identities rather than national idenities.

He continued, “Lugard’s state since 1914 was cobbled together around the majority being onlookers with a few at the centre. So 50 years after independence we still have people who know they are subjects and others that know they are citizens, and the law is used to support that.” Globally, some states underpin this through carrots (such as a high standard of living) and sticks (securitocracies) but Nigeria does neither and so, “the slightest threat to law and order easily overwhelms the capacity of the state”. Furthermore, Innocent asserted, building capacity is extremely problematic when you don’t first build accountability; the absence of effective mechanisms of accountability is Nigeria’s most critical weakness and represents the critical context within which the Boko Haram insurgency has played out.

Of all conflicts, a clash of values is the most intractable – and this is why Boko Haram is so hard to deal with. Contrary to political conspiracy theories, it is not simply Northern elites fighting a proxy war against the South now that Goodluck Jonathan, a southern President, is in power. If the Niger Delta was a conflict of resources, said Chukwuma, and the (Lagos-based) OPC of the late 1990s was fuelled by alienation from power, Boko Haram is instead rooted in the frustrations of youth in the north, “youth (who) see the state as the visible enemy against whatever they aspire in life.” He contrasted this popularity with some of the Delta militant groups which reportedly had to cross the Niger river into Imo state in order to be able to recruit followers.

Significantly, Innocent added, unlike other incipient militant movements, the northern elite have not yet captured and blunted Boko Haram. Rather, they are themselves scared by the movement and some have been targeted by “headless” rebels who are hard to control because they have no stake in the state system. This is the main reason why traditional leaders in the north haven’t been able to act as interlocuters when called upon by government. In some senses the government itself contributed to this problem by previously eliminating the highest ranks in the movement, leaving it leaderless and thus more difficult to negotiate with.

Media interpretations of Boko Haram differ markedly depending on the media source, and are all deficient in some respects. In the Lagos-based press, attacks on Christians in the north are front-page news, but if only Muslims are killed, the story is given a much lower priority. This, Chukwuma pointed out, leads southerners to forget that the majority of victims are northerners – in Maiduguri, violence and killings are a daily experience.  The northern press meanwhile have typically reported attacks as if poverty and deprivation is a cause of violence, not just a risk factor – and as if the solution to the insurgency can easily be found in the formula which shares out national oil revenues.

Worryingly, varying accounts make it look like Nigeria is more divided than ever before, which in turn makes the task of law and order more difficult. (The presentation was given before Boko Haram struck the Abuja and Kaduna offices of ThisDay newspaper). He illustrated this point by reflecting on the allegations made against the new Inspector-General of police with regards to his former tenure in the conflict-torn city of Jos, questioning how anyone is meant to police such a poisoned chalice, in which politicians and media actors serve to exccerbate tensions and any and all security policies tend to be interpreted through an ethnic and religious lens.

Turning to the response of the state, Innocent characterised government policy on Boko Haram as having three main aspects. First, a focus on a “security” solution. There has been a strong focus on military rather than police intervention, as typified by the huge budget given to Nigeria’s National Security Advisor. Under thecurrent budget the NSA (a non-operational department) receives more than the State Security Service (SSS) which in turn receives more than police – in real terms the police budget has gone down over successive years. The police have also been emasculated because something like one-third of all police officers are seconded to provide security for politicians and promionent businessmen. As these individuals are not effectively replaced by more police officers, day to day law and order suffers. This is problematic because the army is poorly places to complete the task of information and the minotoring of vast areas, which is what is required to defeat an effective insurgency.

Moreover, tension between the different security agencies, and certain overlapping functions, have undermined the anti-insurgency effort, such as when the police have picked up security informants. Overall, he contended, this replication has not built effective capacity for public, as against regime security. And this is the root of the government’s failure to contain Boko Haram.

Second, the distrust between ‘North’ and ‘South’ camps within government have undermined the coherence of the government’s response. Such misgivings are well illustrated by the President’s own comments that parts of his administration may have been “inflitrated” by Boko Haram. Division at the centre is not likely to aid the quest for unity in the periphery.

Third, there is further tension informing the dyamics of government, arising from the debate over obtaining a second term for the President, with political leaders divided into a ‘continuity camp’ who advocate another term from President Jonathan in 2015, and a ‘handover camp’ which recommends the ruling PDP party nomination should be handed over to another figure, likely from a different region of the country.

Currently, he said, the killing of expatriates (he was referring here to the killing ofEuropean hostages Chris McManus and Franco Lamolinara on 8 March, since disclaimed by Boko Haram publicity) has created an international push to search for a  political solution to the insurgency crisis.

Innocent also made a long-overdue critical reflection on the part played by civil society itself in the current crisis, claiming that “on the part of civil society I would say we have remained largely silent” on Boko Haram – especially if compared to the huge mobilisation effort to overturn the government’s decision to withdraw the fuel subsidy in January. Partly, he said, this failing stems from the fact that civil society groups themselves suffer from sectional divisions. But it is also rooted in the fact that few civil society organizations deal with security and governance issues, which until recently were largely considered to be a domain for security agencies only. Adding to this, he said that at times the attitude of the security forces’ Joint Task Force towards their efforts to combat Boko Haram in the epicentre of the insurgency in Borno has been one of ‘if you’re not with us, you’re against us’ which has made it very difficult for some civil society groups and ordinary people to engage. Also to blame is the profound disconnect of security practitioners from Nigeria’s scholarly and associational communities: a security – academia – policy disconnect that has stiffled collaborative and innovative thinking.

Innocent finished by contrasting these problems with the new opportunities shown by the Occupy Nigeria protests. The main northern centre of Kano did not divide over this particular issue on sectarian lines; instead residents cooperated interreligiously. Indeed, there is even a “Kano conspiracy theory” that the subsequent attacks in that city that followed this outbreak of unity were intended to break the emerging coalition agianst the exploitation of the poor. Significantly, the protests debunked the view that Nigerians have become professional “adjusters”, capable of simply suffering and smiling through whatever new hardships are thrown at them. ‘Occupy’ proved that if the messaging is right, even middle-class people are willing to join the struggles of economically marginal groups to write a new history. The Occupy protest lasted for a whole week, longer than prophesied, and continued past the point when labour unions, supposedly the coordinators of the protests, bowed out. And people did not tire – instead, protests grew until news of the government’s compromise.

Reflecting on the lessons that Nigerians can learn from the Occupy movement, Innocent made two conclusions. First, that the leadership of civil movements shouldn’t be left to labour unions, because they have a limited agenda and often fail to represent the views of all Nigerias – after all, how can labour represent a nation of the formally unemployed? And second, that Nigerians need to develop an aternative national platform around which to unify and mobilize which can drive a more progressive agenda. Social media has become an important tool in the constructon of such a political space, but the country has a long, long, way to go.

Click here for previous blog: ‘Adding Fuel to the Fire in Nigeria’