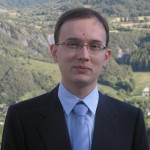 In the last few weeks, the future of Egypt’s democracy has hung in the balance, amidst fierce political and legal battles at the ballot box and in Egypt’s courts of law. The outcomes of these battles will decide not just the shape of Egypt’s legislative and executive, but the power dynamics in and around these institutions. Here, Clément Steuer explores and explains recent developments and their importance for democracy in Egypt.

A few days before the election of Egypt’s first civilian president, the whole transitional process – as it was planned by the Supreme Council of the Armed Forces (SCAF) in March 2011 – seemed to be in jeopardy in a flurry of legal declarations and decisions.

Three days before the elections, the military used Decree No. 4991 to grant itself powers to arrest civilians for a range of crimes and misdemeanors, including public protest, essentially reviving Mubarak’s State of Emergency laws that had expired less than two weeks earlier.

On 14th June, a mere two days before the first votes were cast, the Supreme Constitutional Court released its judgements on two pieces of legislation, with fundamental political repercussions. First, they overturned the Political Isolation Law, which would have nullified the candidature of Ahmed Sahfiq, one of the two presidential candidates running in the election.

The law had aspired to ‘isolate’ the new regime from the old by preventing those who had participated as senior officials in past governments within the last 10 years from using their political rights. As a former prime minister under Mubarak, Shafiq was a prime target of this legislation. But, with the court’s ruling, Shafiq – who remains close to the military and remnants of the old regime – could stay in the race against his rival Muhammed Mursi of the Muslim Brotherhood.

The second case concerned the electoral law on which the structure of the 2011-2012 parliamentary elections, and the legitimacy of their outcome, rested. In these elections the Muslim Brotherhood took almost half the seats in Parliament, giving them a parliamentary majority and  enabling them to play a key role in the writing of the new Constitution.

Again, the court declared the law unconstitutional. In particular, it objected to the fact that party members could stand in the election as independent candidates. According to the electoral law, two thirds of parliamentary seats in Egyptian elections are allocated through a proportional system – a process naturally dominated by political parties. The remaining seats are reserved for individual candidates. By allowing party members to stand as independents, the court argued, parties gained an unfair advantage over unaligned candidates.

Through its ruling, the court declared one third of parliament’s seats to be unconstitutional. The court’s decision was immediately interpreted by the SCAF as an order to dissolve the whole Parliament, and so it did, by virtue of its executive powers. This act, part of the military’s ‘Coup by Law’, gave back to the SCAF all the powers constitutionally retained by the Parliament, including its legislative capacity.

As the polling stations closed on the 17th of June, SCAF consolidated its power by issuing an addendum to its earlier Constitutional Declaration (made in March 2011). Crucially, this declaration limited presidential prerogatives – to the advantage of the military. It also gave SCAF the opportunity to play a key role in the elaboration of the future Constitution. Unsurprisingly, the move was heavily criticized by the revolutionary forces, as well as by the Muslim Brotherhood.

Meanwhile votes were being counted between the Brotherhood’s candidate, Muhammad Mursi, and Ahmed Shafiq. That night, the Muslim Brothers claimed the victory of Muhammad Mursi and called their supporters to demonstrate against the constitutional declaration and the dissolution of the Parliament.

In response, the Electoral High Commission (HCE) emphasised that only it was authorized to proclaim the official results and, on the 20th of June, announced that it was delaying its verdict in order to examine complaints filed by the two blocks. This, combined with the refusal of Shafiq’s team to acknowledge defeat, raised new doubts about the independence of the judicial body, seriously damaged in the eyes of the public opinion in the wake of recent developments. Fearing that military interference, the Muslim Brotherhood announced that if Shafiq was declared the winner, its supporters would pour onto the streets and fight the security apparatus.

Finally, results were proclaimed the 24 of June, one whole week after the end of the elections, with Mursi winning almost 52% percents of the votes, echoing the Brotherhood’s initial estimates. With this announcement, Egypt became the first Arab state to have elected an Islamist leader. If the demographic of voters matched those of the previous election, Mursi’s heartland is rural upper Egypt, urban informal settlements and those who sympathise with the Muslim Brotherhood.

Recognising that many votes in this election were cast through fear, not favour, Mursi has moved quickly to build symbolic bridges that depict him as a consensual, democratic leader. His first move was to ban presidential portraits in government buildings, a ubiquitous symbol of power under the old regime. Yesterday, he also announced that his Vice President