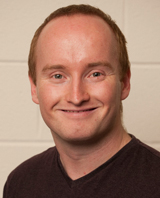 In this first blog of our ‘South Africa: beyond the polls’ series, Alex Beresford explores why the ANC retains support amongst the country’s electorate, and the problems that face it on the road ahead. Alex is a Lecturer in the Politics of African Development at the University of Leeds.

On 7th May South Africans went to the polls and voted overwhelmingly to return the African National Congress (ANC) to power for the fifth consecutive time since 1994.  No great surprises there then. The ANC has commanded a remarkably consistent share of the vote since Nelson Mandela led the party to victory in the 1994 ‘freedom election.’

This time, the ANC gained just over 62% of the vote, down about four percentage points from the 2009 election. Its closest rival, the Democratic Alliance (DA), saw it share of the vote increase to 22%, up six percentage points from last time. Despite a slow decline in the ANC’s vote share over the past two elections, this represented another landslide victory for the ANC by anyone’s standards.

And this happened despite a whole wave of scandals that have surrounded Jacob Zuma and his government. An acute source of public outrage surrounds the ‘Nkandlagate’ scandal, in which the President is alleged to have misused public money for ‘security’ upgrades to his personal homestead in Nkandla, KwaZulu Natal. These lavish ‘security upgrades’  took place amidst a backdrop of unprecedented levels of protests and industrial action in democratic South Africa rooted in frustrations over the slow pace of socioeconomic transformation among the black majority. The country now has more protests per capita than anywhere else in the world, and the Zuma government faced fierce criticism in 2012 when 34 striking mineworkers were killed by police, an incident which was seen by the opposition as a return to the bad old days of apartheid.

And yet, the ANC has not seen its voter base collapse, nor has it dipped enough to make the 2014 general election anything like close race. To understand this we need to turn our attention to a number of ‘blindspot’ factors that more often than not are absent from popular analyses.

One of these is the nature of the enduring loyalty that South African voters demonstrate towards the ANC because of its role in the liberation struggle. Such loyalties are often overlooked or downplayed by ANC critics, who, as Colin Bundy recently argued, sometimes claim to give voice to the poor rather than listening to it.[1] These loyalties are not simply emotive and irrational: South Africans are mindful of the improvements they have experienced in their everyday lives since 1994 – not least in terms of the extension of social grants to more than 16-million people – and are more patient with the ANC than most analysts expect or predict.  Indeed, while it is often alleged that the ANC’s nationalist message is now ‘exhausted’ because of its embrace of a neo-liberal macroeconomic policy, these social democratic interventions play an important role in regenerating the ANC’s identity among voters as a liberation movement continuing to fight their corner.[2] The ANC does little to discourage such sentiments, of course, and a subtext of the party’s campaign has been that a vote for the opposition would herald a reversion to the state of play before 1994.

Research also suggests that ANC supporters will often distinguish between a particular party leader and their loyalty towards the party as a whole. One elderly voter in the Alexandra township in Johannesburg on Wednesday explained why despite his distaste for Zuma, he still voted ANC: ‘When your father gets old and starts to mess himself, do you abandon him? No, of course not! You stay with him and try to make him better again.’ Such sentiments were expressed widely in an exit poll conducted by the University of Johannesburg on election day, and reflected that while individual leaders like Zuma might be deeply unpopular, this will not necessarily transl ate into disaffection with the party as a whole.

The politics within  rural areas also deserves a far greater degree of attention that it currently receives. The ANC has carefully shored up its position in rural areas through its close association with traditional leaders  and it is difficult to estimate just how much influence these figures wield over voting bahviour. Moreover, the afformentioned issues surrounding state welfare dependency are all the more acute in rural areas, making the insinuation that access to such welfare would be jeapordised should the ANC lose power all the more pertinent.

But it would be wrong to suggest all is well for the ANC, or that the party has things all sown up. Internally, bitter, patronage-fuelled factional struggles over positions of authority have corroded the unity of the movement. Endemic corruption and the chronic under capacity of the state further threatens to undermine the ANC’s ability to deliver on its promises to the electorate. As the ANC’s own documents admit, [3] ‘neopatrimonialism and corruption’ threaten to engulf the movement and are giving rise to ‘shadow tendencies’ characterized by bitter contests over access to positions of public authority: contests that are likely to be repeated as the ANC looks ahead towards its internal leadership elections in 2017.

Meanwhile, new threats are emerging. A new political party, the Economic Freedom Fighters, is promising more radical land reform and the nationalisation of the mines. Led by firebrand Julius Malema, the seven-month-old party received just over 6% of the vote. This is quite a feat for a fledgling party, which has limited organisational capacity when compared to its bigger rivals. It reflects, above all else, that the EFF, with its message of representation for the forgotten underclasses of South Africa, has found resonance with some sections of the ANC’s traditional support base.

The ANC also faces the immediate threat of losing the support of one of its long-term allies –South Africa’s powerful trade union movement. Sections of the movement have already discussed the possibility of a breakaway party – one that would enjoy both credibility, due to its role in the liberation struggle, and formidable organisational capacity and infrastructure across the country.

A common refrain of South African commentators is that this election was not the real deal and that the next one will be the ‘real’ test of the ANC. Such sentiments are casually wheeled out every five years.  Is it, then,  a case of all eyes of 2019? Perhaps the greatest focal point will instead be the run up to the 2017 elections within the ANC. How the party manages this, and whether or not it can reign in neopatrimonial tendencies, are perhaps the most important questions for observers of South Africa.

The ANC has always prided itself on being a ‘broad church’ accommodating a range of ideological persuasions. Once Zuma is sworn in for his second term his most immediate priority will be to accommodate all these competing strands and rival factions. If he fails, his second term could be marked by a historic break up of the alliance and/or a quick descent into fierce struggles over which figures will succeed him as party leader. Thus, while the ANC will understandably take heart from another landslide victory, in the cold light of day, the party will have to confront some uncomfortable questions from the many faces staring back it from the mirror.

[1] These were remarks made at the Oxford Conference ’20 Years of Democracy in South Africa’.