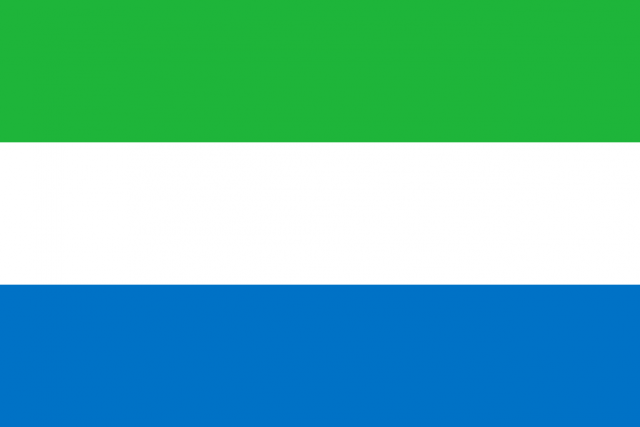 Over the last two week Sierra Leone has been rocked by political unrest. Amid widespread public concern regarding the rising cost of food and fuel, with the cost of living increasing by over 40% in recent months, popular frustration with the economy and the government’s handling of it has grown. Following a series of clashes between protestors and the security forces that led to a number of police stations being burned down and the deaths of some civilians and police officers, the government announced a nationwide curfew on 10 August. The military has also been called in to provide support to the police.

This worrying escalation raises serious questions about how far Sierra Leone has come since a bloody civil that is estimated to have killed around 50,000 people. Although it is twenty years since the end of the war, and the country has since joined the small group of African states that have experience two democratic transfers of power via the ballot box, political institutions remain fragile. So what is required to ensure that Sierra Leone makes good on its recent democratic and security gains, and avoids sliding back into conflict.

Over the last two decades, Sierra Leone has undergone many institutional reforms. These include the establishment of the Political Party Commission, Electoral Commission, Anti Corruption Commission, the creation of the National Social Security and Insurance Trust (NASSIT), and the reformation of the Police and the Army, to name but a few. So the country is not lacking in institutions.

The harsh reality, however, is that we lack a sustainable and accountable culture within these institutions, so that they can function independently of the executive. This is worrying given the challenges that remain with regards to peace and state-building.

The country’s ratings reflect this complex reality. Sierra Leone is ranked fairly high in the Global Peace Index ranking, placing 50 among 163 independent countries. The Global Peace Index generates these rankings based on indicators such as; internal peace and external peace, including the levels of crime in society, internal security personnel, and jailed population both per 100,000. Political instability and terrorist activities, and externally, the number of displaced people as a percentage of the population, relations with neighbouring countries, and so on.

Yet at the same tine, Sierra Leone is inly ranked 156 among 163 countries in 2018 by the Positive Peace Index, which focuses on whether a country has a Well Functioning Government, Sound Business Environment, Equitable Distribution of Resources, Low Levels of Corruption, Acceptance of the Rights of Others, High Levels of Human Capital, and Free Flow of Information and Good Relations with Neighbors.

The events of Wednesday 10 August were therefore a worrying reminder of the brutal 11-year civil war, and the potential for conflict to reappear. In response, the state should act fast. This response should not just involve a crackdown on the protestors, but also needs to include positive moves such as using the Commission for Peace and National Cohesion as an inclusive vehicle to bring the country back together.

The role of the commission for peace and National Cohesion are set out in the Bintumanu III Dialogue Green Paper and endorsed by His Excellency, President Julius Maada Bio, in line with Article 12 of the African Union’s Continental Early Warning System, which was established in 2002 though it only became operational in 2012.

From the consultative Green Paper, it is clear that such a Commission should deal with a wide range of important issues such as the lack of representation of some groups in political and economic processes, unfair employment practices, and breaches of the constitution – including a lack of access to speedy and fair justice, freedom of speech, hate speech and more. As part of this process, community stakeholder engagement should be carried out in every community, both to find out what people want and to make sure they feel listened to.

In addition to the Green Paper, there are three main broad aims of the Commission that were discussed: Conflict Prevention, Conflict Management, and Public Education about Peace and Conflict Prevention. These are important steps, especially considering that many young citizens may not remember the war and fully understand its horrors. The Commission should also consider the effectiveness implementation of the Truth and Recommendation Commission Report (TRC) and the Constitutional Review Report, and how their recommendations can be implemented.

An inclusive Commission for Peace and National Cohesion that pays attention to citizen’s needs and grievances would also be in line with the Pathways for Peace: Inclusive Approaches to Preventing Violent Conflict joint study from the United Nations and World Bank, which looks at how development processes can better interact with diplomacy and mediation, security and other tools to prevent conflict from becoming violent.

As the country seeks to move beyond the current crisis, we should also learn lessons from other relevant countries such as Ghana, Kenya and Liberia. Ghana, for example, a country that did not have a bloody civil war, has institutionalized peace advisory councils, and a National Peace Council was set up with the support of UNDP from the International Peace Institute (IPI) in August 2012.

Another key less is that the media has an important role to play, as do commentators and ordinary citizens themselves. The mainstream media should actively point out issues that affect people, encouraging them to engage with traditional media and not get their news from social media. Social media influencers and commentators need to also make sure that they do not fan the flames of violence – especially as it may be that some of the current disturbances occurred after protestors were misled by informal news outlets.

Given that food and fuel prices are unlikely to go back down to reasonable levels any time soon, and elections in less than a year, it is critical that these steps are taken now to prevent an escalation of conflict. The government and the country must therefore move on the Commission for Peace and National Cohesion as a matter of great urgency.

As the saying goes, “a stitch in time saves nine”, and a proactive approach is far better than having to react to nationwide conflict once it has begun.

Mohamed Sesay (@MS79110930) is a year 2 student of the Economics Department at Fourah Bah College (FBC), and holds Bsc Honors in Public Sector Management, both University of Sierra Leone.