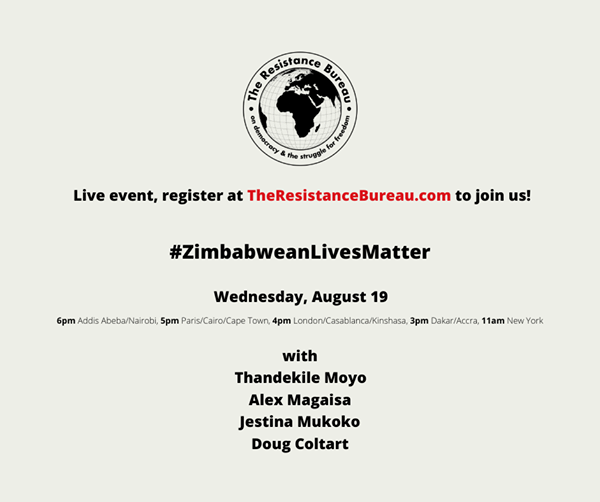 Join us for the next Resistance Bureau show #ZimbabweanLivesMatter

The brutal crackdown by President Mnangagwa’s increasingly unpopular ZANU-PF government in Zimbabwe has been condemned by human rights groups around the world.

The level of repression has been so intense that traditional forms of protest are impossible, forcing resistance into the digital realm. This has led to some major successes, with #ZimbabweanLivesMatter trending on Twitter.

This show will feature the latest updates from the ground and investigate whether digital resistance can really hold an authoritarian regime to account – and ask what is required for meaningful political reform in Zimbabwe?