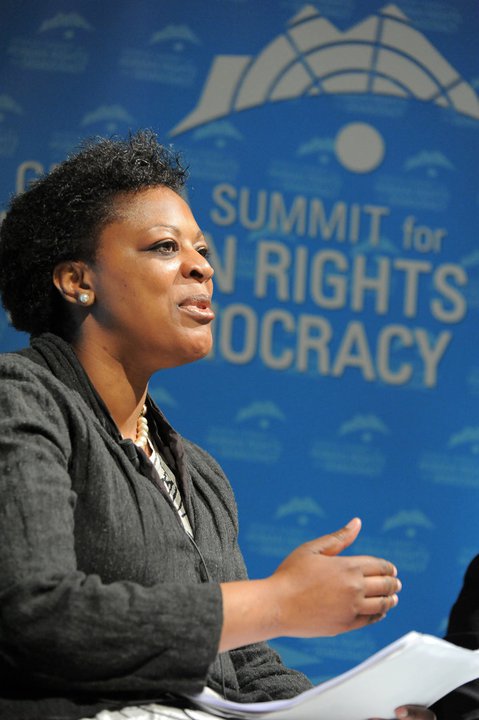 Grace Kwinjeh explains why the struggle for democracy and accountable governance should continue because under the Mnangagwa regime, Zimbabwe is open for ‘others’ but not its citizens.

The struggle for liberal democracy in Zimbabwe has been fronted by citizens of the country who still endure hardships brought by 38+ years of unaccountable and brutal governance. The struggle has also been supported by regional and international actors and countries that identify with the values of democracy and social justice. The struggle has been long and winding – in the process there have been significant recalibrations among the actors and stakeholders. Accompanying fatigue, as the struggle drags on, has resulted in some regional and international partners desperate for an end.

Also fatigued are civil society organisations. Anxious for an end to the protracted economic and political crises, they are suggesting a Government of National Unity (GNU) or some form of Transitional Authority. This is worrisome and reminiscent of former President Thabo Mbeki’s strategy on Zimbabwe, which erroneously chose ‘peace’ above the will of the people. The previous GNU did not solve underlying structural governance matters, which haunt the country, to date. Zimbabweans are ready for a fresh start, led by a legitimate government tasked with restoring order in the country and turning its fortunes around.

For the millions of Zimbabweans, giving up is a luxury they can least afford! The millions struggling with xenophobic attacks and ridiculed beyond the borders, for the millions that are building the economies of other countries, and for the millions finding recognition in foreign countries, a Zimbabwe that respects, honours and cherishes its citizens is worth fighting for. For international partners that have supported the strengthening of civil society and the people’s voice to demand that the ZANU-PF regime respects human rights and govern democratically, the investments made are too huge to sacrifice for ‘political stability’ without democratic values being respected.

A democratic Zimbabwe is also good for the regional and the international community already burdened by humanitarian crises, some of them man made. Re-engagement with the international community and normalisation of relations should therefore be underwritten by restoration of citizens’ democratic rights, accountability and transparency at home. The tragedy of the current regime’s re-engagement is that it focuses on meeting perceived demands of the international community more than of the Zimbabwean citizen. Current re-engagement processes of the Emmerson Mnangagwa government are riddled with promises of reform but without the reforms. Corrupt officials remain in government, there is contempt of High Court orders by traditional chiefs and even the Zimbabwe Electoral Commission, violence has continued including subtle intimidation beyond the gaze of international observers remain in villages. Past human rights abuses and crimes such as the forced disappearance of Itai Dzamara, murders and violence of 2008 and Gukurahundi remain unresolved.

In addition, the focus of the current re-engagement has been on the promise of a free and fair election. ZEC, which has a constitutional obligation to deliver a free, fair and credible election seem to be colluding with the ZANU-PF regime, dismissing concerns raised by other political parties and selectively disbursing the voters’ roll – changing the rules as they go. State media reporting remains one-sided – focusing on the positives of ZANU-PF and the negatives of other political parties. Local actors, in particular from the MDC Alliance have been treated with contempt by ZEC while external actors have had their concerns and demands promptly met. The strategy of the Mnangagwa regime is therefore to break the enduring partnership between the international community and the people of Zimbabwe. By meeting the demands of the international community and dismissing the legitimate demands of its citizens, the Zimbabwean government seeks to weaken the people’s voice by limiting their options for seeking redress in the event that local remedial processes fail.

Their strategy is to make it difficult for the citizens to gain support of the international community, which will, if its strategy is successful, be convinced that the government of Zimbabwe is sincere. The implication is that the ‘new dispensation’ is open to external players, and reticent to local actors. The focus of the current regime is wooing the international community to support it with diplomatic support, financing and investments, while denying its citizens their civil, political, social and economic rights. This is no different to the former Robert Mugabe’s regime, which focused on meeting the demands of its selected international partners while denying the same for its citizens.

For the disgruntled citizens of Zimbabwe, the struggle for democratic governance remains because Zimbabwe is open for others but not its citizens.

Grace Kwinjeh is the MDC Representative to the EU.