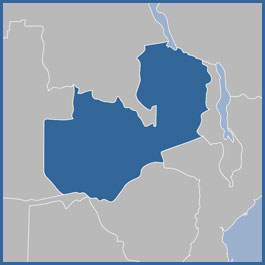 In this  blog, Michaela Collord explores the controversies surrounding Zambia’s ‘people-driven’ constitution. Whilst opposition parties are far from blameless, the recent furor demonstrates how President Sata has stalled democratisation in the country now that ‘the People’ have become a hindrance rather than a help to his political aspirations. This blog was originally posted on the Presidential Power blog. Michaela is a PhD student at the University of Oxford.

Recently, controversy over Zambia’s protracted constitution-making process has come to a dramatic head. With police deployed outside parliament, opposition MPs have called on President Michael Sata and his Patriotic Front (PF) government to release a long-awaited draft constitution for public debate and approval. The MPs’ chief concern is that the president will either suppress or unilaterally amend the draft version in an effort to prevent a reduction in executive powers.
The current stand off stems from what many commentators decry as an unseemly presidential U-turn. Indeed, President Sata and the PF were the initial champions of reform. While in opposition, the PF accused the Movement for Multiparty Democracy (MMD) of blocking constitutional reforms that would threaten the then ruling party’s hold on power. When the PF unseated the MMD in the 2011 elections — an historic occasion marking the first power alternation since the 1991 return to multiparty politics — it was on a ‘populist’ platform, which included the promise to deliver a ‘people driven’ constitution within 90 days of taking office.
The emphasis on a ‘people driven’ process has particular appeal in a country that has seen, since its independence in 1964, four constitutional reform efforts, all of which have run afoul of executive meddling. The 1972 Constitution, which inaugurated the one-party state, is the most notable example, but even the 1996 Constitution, the product of a relatively “broad-based” consultative process, was subject to last minute executive-led amendments.

The current phase of constitutional reform started in 2005 under the MMD but foundered until the newly elected PF revived the effort. In November 2011, President Sata appointed the Technical Committee on Drafting the Zambian Constitution (TCDZC) “to draft and present a constitution that reflects the will and aspirations of Zambians.” A series of district fora and provincial and national constitutional conventions (NCC) followed, spanning from April 2012 to April 2013.
This review process generated a considerable degree of national attention and enthusiasm. President Sata, however, opposed a number of the NCC’s resolutions, including a 50+1% threshold to elect a president, the introduction of a constitutional court with powers to hear cases against the president, and a requirement that presidential candidates pre-select a running mate.

In early November 2013, the TCDZC, which was responsible for compiling the final draft constitution, announced that the Ministry of Justice had directed the committee to print only 10 copies of the draft constitution to be delivered exclusively to the president. These instructions ran counter to the original Terms of Reference for the TCDZC, which call for the committee to release the final draft to the president and general public simultaneously.

The announcement of the TCDZC confirmed widespread fears that President Sata would block the draft constitution. Despite this executive intervention, the online media outlet Zambia Watchdog “leaked” the carefully guarded document on January 15. Civil society organizations, opposition parties, religious groups, University student guilds have since expressed support for the “beautiful” constitution, while also calling for a clear roadmap to ensure its speedy approval.

Tensions reached new heights on February 27 when Justice Minister Wynter Kabimba, seen by many as Sata’s closest ally, informed parliament that government lacked funds for a national referendum on the constitution, as requested by the NCC, and would prioritize more pressing social and economic concerns.
The ministerial statement sparked a weeklong protest in parliament. Opposition MPs refused to obey the Speaker, instead using points of order to reiterate their constitutional demands. When the Speaker summoned the parliamentary police, the MPs responded by refusing to leave the chamber, preferring to remain standing in the House.
The protest temporarily subsided on March 7 when an opposition MP tabled a private members bill urging the government to provide a roadmap to approve the constitution; however, PF MPs later used their majority in the House to reject the motion.

In the wake of the parliamentary protest, the government is now engaged in a renewed show of force. Justice Minister Kabimba and Vice President Guy Scott have both indicated the executive has the power both to unilaterally amend the draft constitution and to define the terms of its approval. The government has also cracked down on protest outside of parliament, arresting over 40 people for demanding a constitution on Youth Day.

It is worth mentioning that, even in its current form, the draft constitution has its flaws. Human rights advocates have criticized its failure to protect minority groups. Moreover, while certain clauses may help curb executive powers, other provisions pose a challenge to legislative authority as well. For example, the draft constitution includes a clause stipulating that, if expelled from their parties, MPs will lose their parliamentary seats. Similar constitutional provisions have been used by presidents—in Zambia and elsewhere in the region—to force party discipline and to erode the independence of the legislature as a whole.

The relevance of these concerns is fast diminishing, however, as scope for dialog over the constitution has all but vanished. Neither side is blameless. The opposition too, particularly the MMD, could be faulted for using the constitutional controversy to politically expedient ends. Overall, though, we appear to be witnessing a replay of an all too familiar story—for Zambia at least—as executive manipulation yet again subverts democratizing constitutional reform. One step forward, two steps back.

Term Limits: A Linchpin to Restoring Democratic Norms in Africa