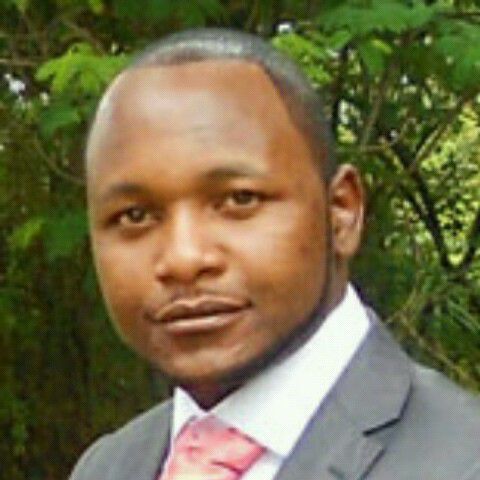 In Zimbabwe, politics is framed and viewed as a preserve for ‘strong men’ and ‘strong women’ who can play the ‘dirty game’. With only 35 per cent of National Assembly representatives being women, Zimbabwe continues its quest for achieving gender parity in political leadership. Nevertheless, behind the gender parity drive, older women tend to dominate the political space – often crowding out young women. That means that to break into mainstream politics, aspiring young female politicians have to grapple with both patriarchy and gerontocracy. These structural constraints have, for decades, constrained the participation young female politicians in mainstream politics.

Since the onset of anti-government protests in April 2016, these structural constraints seem to be challenged and put to the test. It appears the protests created opportunities for a burgeoning role, the visibility and recognition of young female political activists in Zimbabwe’s contemporary political landscape. Among the youthful female activists that emerged and have become prominent in organisation of anti-government protests and in shaping the struggle for democracy are Fadzai Mahere, Linda Masarira and Maureen Kademaunga.

The rise of female activists

Between April and September 2016, Zimbabwe was beset with a series of protests over President Robert Mugabe’s near-four-decade reign; the failure of ZANU-PF to deliver the 2.2 million jobs it promised in 2013; stopping the introduction of a surrogate currency called ‘bond notes’; as well as endemic corruption in government departments and institutions and growing unemployment. Mobilised through social media platforms by youthful cyber-activists, the protests shook the country’s political landscape.

Interestingly, while young men have traditionally dominated anti-government street protests, the recent protests involved several prominent female activists who became influential actors in the country’s public sphere. Amongst the various cyber-social movements that emerged were #ThisFlag, #Tajamuka/Sesjikile and #SheVotes. Fadzai Mahere, a lawyer by profession rose to prominence during the April-September protests organised by #ThisFlag movement led by a youthful cleric, Pastor Evan Mawarire. Mahere was instrumental in mobilising people for the movement’s various online and offline activities. In June 2016, Mawarire and other activists organised a meeting with the Reserve Bank Governor, Dr Mangundya to challenge the introduction of bond notes. In this, Fadzai Mahere drew from her legal expertise and Linda Masarira directly challenged the legality and constitutionality of the bond notes.

In subsequent street protests, Linda Masarira became a prominent figure while Fadzai Mahere kept #ThisFlag movement flying through Facebook Live discussions. While some of the demonstrations, such as the one code-named #MunhuWeseMuroad (Everyone in the streets), were ruthlessly crushed by the anti-riot police, Mahere became the lead voice of the #ThisFlag movement and actively promoted active citizenship. In doing so, she denounced the culture of fear among citizens, and urged them to hold the government to account.  Mahere also launched a programme called ‘#ThisFlag Thursdays’ where she interviewed politicians from across the political divide on pertinent issues on bedevilling the people.

Linda Masarira emerged as the prominent member of the #Tajamuka/Sesjikile movement, which mobilises people for anti-government street protests. Masarira first participated in public anti-government protests as a member of the #OccupyAfricaUnitySquare Campaign that staged a 16-day occupation protest. For her activism, she was arrested and spent several months in remand prison, imprisoned for several months during demonstrations in Harare. To offer support to young female aspiring politicians and activists, Maureen Kademaunga founded #SheVotes2018. This platform is used as a space to encourage young female candidates to contest and register to vote in the 2018 harmonised elections.  Members of this movement also actively encourage women to be proactive in making their concerns and voices heard in the patriarchal corridors of power.

It is through her involvement in #ThisFlag movement that Mahere’s influence grew. As a result, she gained a huge following on social media platforms like Facebook and Twitter enabling her to launch her campaign for a political office as National Assembly representative for Mt Pleasant in the upcoming 2018 elections. Similarly, other prominent female activists such as Linda Masarira and Vimbai Musvaburi announced their bids to represent Harare Central and Bulawayo Central in the National Assembly, respectively.

Breaking the male dominance in politics?

In response to the political threats, the government deployed its repressive apparatus to heavy-handedly crush the protests. The leading members of the movements who spearheaded the protests were intimidated, arrested and pushed into self-imposed exile. For instance, Evan Mawarire of the #ThisFlag movement was arrested and charged with attempting to subvert a constitutionally elected government – a serious charge that amount to treason in Zimbabwe. After his acquittal, Mawarire went into exile in South Africa and the United States of America for months. Upon his return, he was arrested again at the airport.

Efforts by the government are however restricted by its inability to control the social media space. The social media-based movement in Zimbabwe has expanded the political space and public visibility of several young female political activists. It has also enabled young female political activists like Mahere and Masarira to construct counter-hegemonic narratives to ZANU-PF’s propaganda and mobilise citizens for protests. Through social media, they have cultivated a culture of active citizenship engagement. In doing so, they attracted thousands of followers who admire their courage to fight an authoritarian regime and who have consequently motivated them to venture into mainstream politics.

However, most people have questioned these youthful female political activists. For instance, Mahere is accused of being a ZANU-PF imposter because of her father’s links with ZANU-PF. This has made her acceptability problematic. This is understandable given ZANU-PF’s well know strategy of infiltrating opposition movements and parties. Similarly, some people feel that these young feel activists have no capacity to bring meaningful change and challenge ZANU-PF political hegemony.

In spite of the ambivalence of people’s perception of these young female political activists, I argue that these youthful activists are making a tangible contribution in the protracted fight for democracy in the country. They have helped mobilise and motivate people to fight for their democratic rights and hold the government accountable at a time when the mainstream opposition parties are divided and have lost the momentum. In so doing, they have fostered a culture of strong active citizenship. Further, it should also be noted that young female political activists have also innovatively created state-citizens dialoguing space through the various online platforms. Accordingly, these politicians and activists have injected new energy and reconfigured Zimbabwe’s political landscape.

Simbarashe Gukurume is a Doctoral Fellow at the Institute for Humanities in Africa (HUMA) and the Sociology Department, University of Cape Town, South Africa. Email:  sgukurume1@gmail.com