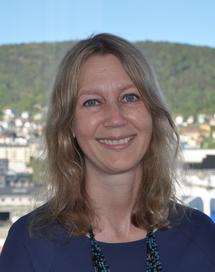 In this blog, Dr Vibeke Wang asks why the Eighth Parliament in Uganda, from 2006-2011, produced so much pro-women legislation. The answer, she argues, is more than just a matter of numbers: the cross-party women’s caucus has proved invaluable in helping to further a pro-women agenda. Vibeke is a member of the Department of Comparative Politics at the University of Bergen. Her blog is based on a recent article in the journal Women’s Studies International Forum.

Over the past two decades, Sub-Saharan Africa (SSA) has experienced the fastest increase in the numerical representation of women in legislatures of any region in the world. Campaigns for a more equal gender balance in parliaments frequently presume that this will bring about changes in the legislative culture and agenda and ultimately lead to pro-women policy outcomes. However, the literature finds only mixed evidence to suggest that more women in parliaments will result in an increase in women-friendly policy outcomes.

In Uganda, a reserved seat policy has led to a steady increase in the number of women represented in decision-making bodies, but until recently this has not been accompanied by a corresponding increase in pro-women legislation. Yet, in the recent parliamentary period from 2006-2011, the Eighth Parliament, several laws considered important to women were enacted. These include, The Equal Opportunities Commission Act (2006), The Prohibition of Female Genital Mutilation Act (2009), The Prevention of Trafficking in Persons Act (2009), and The Domestic Violence Act (2010). I focus on possible explanations for this increase in pro-women legislation in Uganda in an effort to provide insight into when and why women can influence policy outcomes.

In 1986, the National Resistance Movement (NRM) headed by Yoweri Museveni took power in Uganda. A ‘broad-based’ government was established and political party activity, associated with Uganda’s troubled past, was restricted. A conventional multiparty system was formally re-introduced in 2005. Prior to this, candidates ran on their own ‘personal merit’ under the auspices of the all-embracing Movement umbrella.

What changes, then, were responsible for the increased success in passing pro-women legislation during the Eighth Parliament as compared to previous parliamentary periods? Particularly significant was the the cross-party women’s caucus, an organisational initiative that helped to forge new working relationships between female and male MPs, and stronger links among pro-women actors, both inside and outside Parliament.

The cross-party women’s caucus in Parliament has established itself as one of the most influential caucuses in Parliament, and a major player in the Eighth Parliament advancing women’s issues and interests.  All female MPs automatically qualify for membership in the caucus, and it is highly active. The caucus has gradually developed its structures, become more organised, and taken active part in shaping debates and promoting legislation addressing women’s concerns. There is a caucus secretariat and office with a full-time co-ordinator, which has been invaluable in co-ordinating initiatives and advocacy, both inside and outside the Parliament.

The cross-party nature of the caucus and its extensive membership is critical in explaining its success. Despite the introduction of multiparty politics prior to the 2006 elections, party politics has so far not created great divides in terms of women’s issues. Female opposition members and ruling party members alike affirm their ability to collaborate across party lines and unite behind women’s issues under the auspices of the caucus. In particular, the caucus’ ability to establish a strategic plan for its work has yielded results. Roundtables, each led by a chair, are tasked with the responsibility of moving forward in one specific legislative area, with policy advocacy and networking high on the agenda. This organisational initiative began with the Eighth Parliament and has allowed closer monitoring and assessment of its work.

Improved working relations with male legislators, actors in civil society and the aid community has also been important in enabling pro-women legislative victories.

Female legislators report improvements in the relationship with their male colleagues. The recent success in enacting legislation is due in part to this enhanced collaboration between male and female parliamentarians. One indicator of the improved working relations is the increasing number of male parliamentarians who have signed up as affiliated members of the caucus, openly signalling their support for its legislative agenda.

Significantly, a common denominator of many of the pro-women bills enacted in the Eighth Parliament is close interaction between women MPs and actors in civil society. This is another factor that distinguishes the Eighth Parliament from its predecessors. Civil society representatives were involved in the identification of the caucus’ priority areas at a joint workshop early in the Eighth Parliament, and specific women’s organisations and civil society activists took on the responsibility of advocating for relevant legislation within the thematic areas. In several cases, civil society coalitions consisting of a network of nongovernmental organisations were formed to monitor and closely engage with a caucus priority area.

The aid community has supported advocacy for pro-women legislation in Uganda in various ways. They have done so indirectly by financing the women’s caucus secretariat, by organizing consultations, and by training MPs in advocacy, networking, community sensitisation, and outreach. The funding attracted from development partners has enabled the caucus to remain highly active. Part of the appeal of the women’s caucus has been its cross-party nature.

Despite continuing constraints on women’s political effectiveness, legislative developments in the 2006–2011 Ugandan Parliament suggest that women have increasingly been able to carve out and exploit political space to present and successfully advance their agenda. The parliamentary women’s caucus has been indispensable in this process. The caucus has worked as an intermediary, facilitating critical networking and collaboration between key actors in Parliament, as well as between legislators and actors in civil society. It has also been vital in securing financial and other support from the aid community. There is evidence of an improved and constructive working relationship between civil society actors and female legislators as well as an enhanced ability to reach out to male counterparts in Parliament. In this way, the women’s caucus has provided common ground from which women, both as a group and as individual members, have been able to co-operate and use their increased numbers to build political leverage irrespective of party loyalties.

Although Uganda has seen a steady increase in female MPs, it is clear that there is no straightforward relationship between the proportion of women legislators and the pace at which pro-women legislation is introduced and enacted. The record of enacting pro-women legislation has been decidedly uneven, with a peak experienced in the Eighth Parliament. Numbers alone are insufficient to produce change.

We may conclude, therefore, that the effect of an increase in numbers is contingent on the presence of the other factors identified. Interestingly, the transition to a multiparty system does not seem to have had significant effects on pro-women legislative efforts in the Eighth Parliament. Party allegiance and the workings of the party caucuses in Parliament have so far not prevented actors from collaborating to champion women-friendly legislation. According to those involved, cross-party caucus efforts have been largely successful. It remains to be seen whether this still holds true when the multiparty system becomes more firmly entrenched.