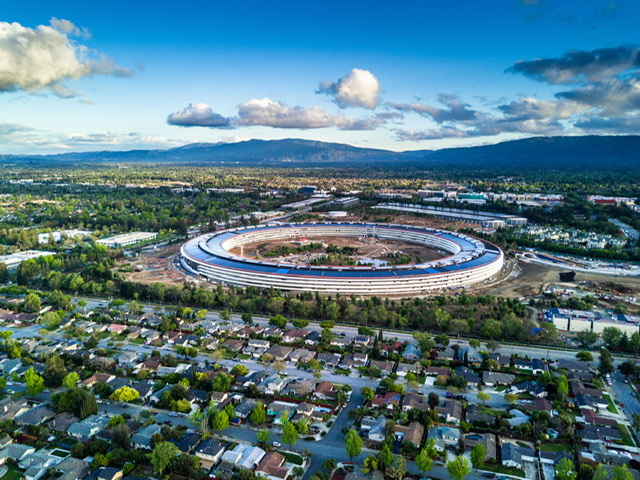 In November 2019, dazzled by the promises of fintech (finance/technology) and digital technologies for 1 billion Africans, Jack Dorsey, founder of Twitter, announced his intention to spend 6 months on the continent in 2020. The statement, which surprised many, was made during Dorsey’s first African tour, which took him to Nigeria, Ghana, Ethiopia and South Africa. This decision was, with no doubt, influenced by a slogan that has been popular recently: Africa is the future!

Yet the reality is much more nuanced and complicated.

Yes, the future, especially the digital future, is Africa … provided that the leaders of Silicon Valley, who flood the continent with their products, take their share of responsibility for their negative impact on fragile societies. One of the obsessions of the tech world in recent years has been to get hold of potentially 1.3 billion African consumers. For social media, it has become almost a matter of survival: the numbers show that the craze for their product is slowing in Europe and North America. Jack Dorsey is honest about taking on this ambition: Faced with criticism over his initial intention to live in Africa for part of 2020, he told CNBC in March 2020: “Africa will be one of the most populated continents in the next 20 to 30 years, the tech innovation is incredible with a large portion of the population still coming onto the internet. Huge opportunity especially for young people to join Twitter”.

His rival Mark Zuckerberg took longer to be honest about it, but since 2014 he has already understood that the continent is an El Dorado. The internet.org project and the freebasics spinoff app have, with ominous discretion, flooded the continent. According to Stanford University researcher Toussaint Nothias, the application is now available in 30 African countries. The same Facebook is building 2Africa, a gigantic undersea cable, supposed to propel the digital inclusion of millions of unconnected Africans. Obviously, boosting their Internet access means for Facebook to boost the number of Africans who use its services. Google too is in the race: from balloon wifi connections, to undersea cables, through the opening of the first African center dedicated to research on Artificial Intelligence, the digital giant is also betting on the continent.

This new scramble for Africa reminds us of times not so distant, when Western companies, supported by the colonial ambition of their country, came to harness raw materials in countries where populations lived in conditions close to slavery. These companies did not care much about the impact of their activities. A lot is different today, for example Africa is no longer colonized, at least from the international law perspective. But the foundations of an unbalanced relationship, that is barely profitable to Africa and its populations, remain: Silicon Valley projects, products and services are flooding the continent, at a time when Governments and populations there are grappling with their negative effects. Without very much attention.

Private Internet companies put a lot of much needed efforts to curb the devastating effects of disinformation and hate speech on European or Northern American democracies. But the same companies will lack the same energy when it comes to addressing the same problems in places like Africa, Asia, or Latin America. This lack of energy comes with a cost: unlike in the 19th century, Silicon Valley companies could lose far more than their colonial-era Western companies, if they continue to ignore their responsibility in ensuring that their products are used in a Human Rights friendly manner.

In July 2019, Ethiopia, which Jack Dorsey visited during his 2019 African tour, was disconnected from the internet for 23 days, amidst violent clashes between different communities, which erupted after the killing of a famous singer critical of the Government. Over 239 people died, thousands have been displaced. The economic impact of the Internet shutdown is also significant: the country is estimated to have lost more than 67 million dollars. No more Twitter, no more Facebook, no more Instagram, no more Bitcoin, no more emails, no more internet transactions for 23 days.

According to the Ethiopian authorities, this censorship was necessary to limit the spread of hate speech and disinformation on social networks, and “save lives”. The role of social media in the resurgence of ethnic tensions on the African continent is regularly denounced. In December 2019, as he received his Nobel Peace Prize, Ethiopian Prime Minister Abiy Ahmed once again warned against the negative role of social networks on the peaceful relationships between communities in his country. According to an investigation by Global Voices Online, the 2019 Nigerian general election saw a “spike of ethnic driven disinformation on social media”. This was used by the Government to justify a Social Media Bill that, if passed, would allow authorities to impose Internet shutdowns to fight hate speech on social media.

Ethiopia’s decision to cut access to international bandwidth is worrying, but not surprising. The country has become familiar with this method of censorship, in an attempt to safeguard national security, or to resolve content issues on social media platforms (link to Lisa’s article on shutdowns). My organization Internet Sans Frontieres has been tracking the link between the increase in Internet shutdowns, and the rise of hate speech and online disinformation in African countries. Our observation, which will be available in our upcoming research, is clear: the less companies in Silicon Valley diligently moderate dangerous content in countries with fragile institutions, the more states resort to censorship of access to these content platforms. This correlation represents a significant risk for the security of people, and for the democratization of the African continent.

Silicon Valley companies have no choice but to take responsibility, and ensure that their products are not used to violate Human rights. If they don’t, African consumers will not have access to their products. But nature abhors a vacuum: African users and their authorities will not fail to turn to other equivalents, including Chinese platforms, that are also betting on African potential, while offering the seducing guarantee to authoritarian regimes that they can keep control over online content.

Inaction poses an economic threat to Silicon Valley. But it is also a moral hazard. No one has an interest in seeing a new Myanmar, no company wants its name associated with yet another information age genocide. Yet, if we are not careful, humanity could once again be faced with tragedy. As we speak, millions of Africans continue to access social media, where incitement to hate circulates, with very little, if any, moderation. This normalization of hate speech online is in total violation of most local laws, and it threatens decades of stability and progress for peaceful coexistence on the continent. The post-covid crisis context will have more dramatic effects in Africa than elsewhere, experts say. A status quo in this context is the guarantee of a catastrophe, the effects of which we hardly measure in the mid and long term.

Silicon Valley companies that are willing to scale their products on new markets, including the promising African Market, must proactively think not only about the positive impact that their tools and services will have on those societies; they must first and foremost think about the threats and the impact. There are different ways to do so: one of them, which has been advocated by many prominent research and advocacy groups, including the Ranking Digital Rights project, is to request a Human Rights impact assessment prior to any launch of new services and products. These assessments must include communities that could potentially be affected.

Proactivity is a continuous process: Silicon Valley will need to rely more on the expertise of journalists, Human Rights organizations in the countries, whose acute knowledge on local affairs is unique, and worth to be included in the strategy of any company that wishes to tap into Africa’s potential 1.3 billion Internet users. If this doesn’t happen soon, we could soon be living in a world where a significant part of humanity would be forced to live behind a new iron curtain, a world in which Facebook, Twitter and other platforms made in Silicon Valley would no longer be accessible, because of their role in inciting and facilitating violence. By that time, What will all the current investments have been useful for, then? That is the question.

Julie Owono is the Executive Director of Internet Without Borders, and a Member of the Facebook Oversight Board.