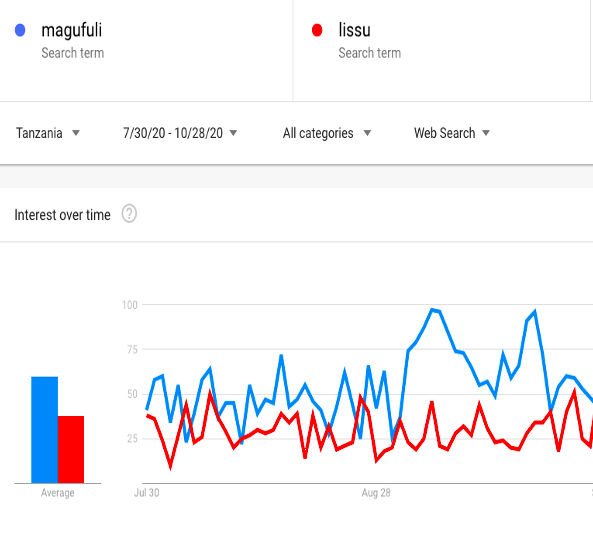 Over the last 5 years, Tanzania has seen a steady increase in authoritarian practices. This trend reached its climax in the recent general election when the ruling party CCM took a near clean sweep of all positions in an election where the Tanzania Election Watch observer group noted several developments which “dampen the credibility of the electoral process.” One of the hallmarks of the election was the unprecedented suppression of the freedom of speech on social media, with platforms such as Twitter being systematically blocked. Also “lawfare” that preceded the election was concerning, with laws such as the Online Content Regulations and Cyber Crimes Act being passed which, for example required the development of an online register of all bloggers, required all cyber cafes to install CCTV cameras and imposed fines on those that fail to comply. The net result has been self-censorship on the internet, with the populace living in fear of falling foul of the numerous repressive laws that govern the digital space in Tanzania.

Despite the repression of the digital space, there is still one rich data source which can provide a glimpse behind the iron khanga that has fallen on Tanzania, and that is Google Trends. This Google search data is a collation of the information that people search for on the internet and can provide a glimpse into what has captured people’s attention, what they intend to do and how these information searches differ by geography among other things. This data provides a nuanced perspective on the recently concluded Tanzanian election. Importantly, this data is publicly available and unbiased.

This is not a surprising or new finding, given that the electoral commission itself indicated that the overall voter turnout in the election was only approximately 50.72%. However, what is remarkable is the extent to which so few people actually searched for information on how to vote in the election indicating voter apathy in Tanzania is very high.

In the run-up to an election, and on election day itself, people seek information on how to vote and where to vote, and this is a strong indicator of interest in voting and forming an intent to go and vote. This can serve as a strong indicator of whether people will actually vote. Therefore, by comparing the number of people who searched for “how to vote” (“jinsi ya kupiga kura” in Swahili) in the run-up to the 2020 election it is possible to compare this with search patterns in the run up to previous elections, with 2015 being the strongest comparison. What we find is that the search volume for people who searched “how to vote” in 2020 was 47% the volume of the same search in 2015.

A more intriguing finding is that this figure is actually much lower than you would expect. Over the last 5 years, internet access and smartphone access in particular have increased significantly. According to the Tanzania Communications Regulatory Authority (TCRA), internet penetration has increased from 34% in 2015 to 46% in 2019, an increase of approximately 8.5 million people having access to the internet. Therefore, holding all other factors constant, we would expect to see an increase in the number of people searching for information on how to vote in the 2020 election compared to the 2015 election. There are other possible explanations for this, such as better voter education meaning fewer people needed to search for this information. However, this is unlikely to have had such a significant effect. Therefore, the most significant factor that can explain this difference is higher voter apathy, which indeed was reflected in the voter turnout figures.

That both candidates are commonly searched for is not new either. It is interesting to note though that interest in Tundu Lissu steadily increased during the campaign period. Moreover, while interest does not translate into votes cast, it does serve as an indication that, at least in terms of interest, Lissu was almost as commonly searched for as President Magufuli. Of these searches, the most common search for President Magufuli was “Magufuli leo” (“Magufuli today”), indicating that most of those searching may be supporters looking to find the latest information on what the President was doing or saying. The most common search for Lissu over this period was in fact his full name, which can be considered a more neutral search term. The second most common search term “Lissu leo” (“Lissu today”) which hints at some level of support, was searched far less, at 31% the rate of the most common search term. It is important to note that interest does not equate to votes cast, but can serve as an indication of the information voters were seeking in order to make an informed decision on the candidates.

Interest in both Candidates Varied Significantly by Region

Interest in the two candidates varied significantly across different regions of the country. Search interest in President Magufuli compared to Lissu in the 90 days in the run up to the election was most significant in Pemba South (100%), Zanzibar Urban/West (73%), Manyara (64%), Pwani (62%) and Mwanza (61%). Conversely, interest in Lissu in comparison to President Magufuli was most significant in Zanzibar North and Central (100%), Kigoma (67%), Kagera (59%) and Tanga (58%).

It is worth noting that while one might intuitively assume a relationship between interest and the areas candidates were from and voted, there are many cases in which this does not hold. For President Magufuli, interest was high in the region in which he voted (Dodoma, which is also the seat of government) in comparison to his opponent at 61% to 39%, which is suggestive of a significant relationship. However, in the region he is from (which is now Geita, but in the sub-region map which is yet to be updated is recognized as Kagera) the interest in his opponent was actually higher at 54% compared to 46%. Similarly, Tundu Lissa received 50% of the interest in Singida, where he was born and voted, but received more interest than the president in Kilimanjaro (54% to 46%). As these figures suggest, there is no simple rule that can be used to determine where each candidate received the most interest.

However, a significant limitation to this analysis is the limited search data that is available for many parts of Tanzania, which significantly limits the extent to which sub-national variations can be studied using this data. The only two places where significant data can be drawn at the city level is Dar es Salaam and Mwanza, for which President Magufuli was more commonly searched at 62% and 65% respectively. This is an important reminder that differential access to the Internet in urban and rural areas means that Internet data is a much more reliable guide to urban feelings and trends than to rural ones. It is also important to keep in mind that search volume may also have been adversely been affected by the internet restrictions, particularly the day before the election, and that what appears to be apathy could in fact be a widespread popular concern to take all steps necessary to avoid being the victim of authoritarian repression.

Despite its limitations, Google trends provides a rich data source into the vastly under studied and shrinking democratic space of Tanzania. The data can provide insights into what is capturing the attention of Tanzanians, how it is changing over time and how interest compares to alternatives from information which is almost impossible to gather, given the numerous legal and practical limitations. Most significantly, this data is publicly available, aggregated, anonymous and unbiased.

Khamis Mutwafi is a researcher interested in Tanzanian politics.