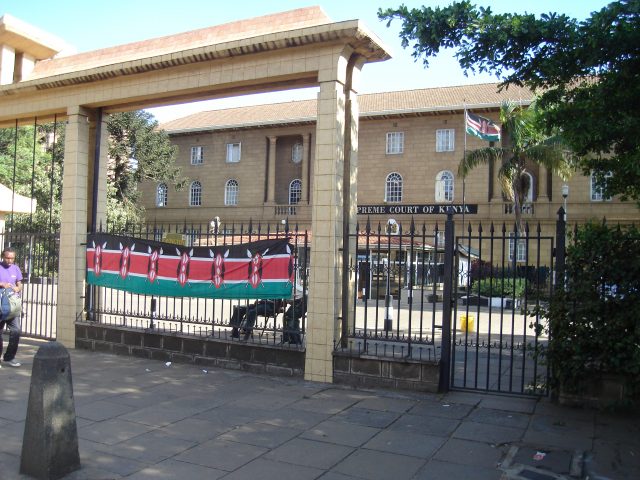 Confidence in courts is unsteady in Africa. Recent Afrobarometer polls reveal largely negative perceptions of the judiciary and growing levels of public distrust in a variety of countries, including Ghana, Mali, and Sierra Leone, and South Africa. While not all countries in Africa are experiencing downward trends, regional variation is a stark reminder of how uneven rule of law progress remains.

Wherever public confidence in the judiciary is lagging, critics often point to popular perceptions that judges are biased in their decision-making. Such bias has been attributed to a variety of factors, including socioeconomic inequality, the rural-urban divide, and gender discrimination. Significant reform efforts have thus been targeted towards addressing the root causes of discrimination in the courtroom, including both domestic and international programs designed to enhance access to justice for marginalized groups and reduce delays in judicial workloads.

But what about ethnic discrimination? Though ethnicity has been shown to affect a variety of behaviors across the political sphere, its potential role in judicial decision-making hasn’t been extensively studied in the African context.

Far more attention has been focused on such themes in the U.S. where research on the criminal justice system often frames judicial bias as falling along partisan, racial, or ethnic lines. Research on African courts focuses less on the political identity of the bench and more on high-profile litigation of constitutional questions. In fact, while research on African courts has made significant strides in recent years, often missing from these debates are apolitical cases: the routine, quotidien decision-making of judges in day-to-day disputes, which likely have far greater impact on the lives of regular people.

My co-authored research suggests that ethnic bias can affect judicial decision-making in subconscious ways. Turning to the Kenyan criminal justice system, we find small but significant effects of coethnic bias in criminal appeals in the High Court. Judges are on average 3-5 percentage points more likely to grant an appeal to their coethnic. Though the size of this coethnic bias is relatively small, we find that the effects remain significant regardless of the type of crime, location of the courthouse, and year of judgment.

Intriguingly, this bias does not appear to be driven by political incentives, which is what prior scholarship on ethnic favoritism would have predicted. While judicial corruption scandals in a variety of African countries have shown the extent to which justice can be bought for the right price, there isn’t an obvious financial gain for showing favoritism to coethnics in everyday appeals. That is to say, what “payoff” would judges receive in cases where the appellant is not a high-profile political player or the crime in question is a petty criminal offense?

If judges do not directly benefit from ruling in favor of their coethnics, what other factors could be at play? One answer may lie in the social-political structure of diverse, multiethnic societies, which can create conditions ripe for implicit biases to play out in the courtroom. Social identity theories and social dominance orientation posit that in hierarchical societies, members of socially dominant groups tend to hold greater affinity for members of the in-group and greater antagonism towards members of the out-group.

In the Kenyan context, my coauthors and I find that coethnic bias appears to be strongest and most consistent among judges from the Kikuyu ethnicity, one of the politically and economically dominant ethnic groups in the country. However, we do not find evidence that Kikuyu judges rule more harshly against non-Kikuyus. What this means in practice is that Kikuyu judges are more likely to grant an appeal for a Kikuyu appellant but they are not more likely to penalize a non-Kikuyu.

To our knowledge, ours is the first study to quantitatively analyze ethnic bias in the Kenyan courts at such a granular level (e.g., our sample draws on nearly 10,000 observations). This level of analysis was made possible by new innovations in open government in Kenya that have created unprecedented access to data on judicial decision-making across the country. These innovations actually stemmed from the 2007 post-election violence period, wherein 1,200 Kenyans were killed following the hotly contested presidential election. In the aftermath of this violence and the crisis of confidence it created in the state and courts, the government began a plan to systematically overhaul the constitution and judiciary.

One important initiative stemming from these efforts was to make judicial decision-making more transparent. These efforts culminated in Kenya Case Law, an online legal database that makes it remarkably easy to look up a variety of information about the Kenyan judiciary, including full judgements across the entire court system.

One of the most useful innovations of the Kenya Case Law database is that it makes available the full text of legal decisions. This enables both jurists and members of the general public to see the logic of judicial decision-making spelled out directly on the page. Such text can reveal intriguing patterns of legal language that correlate with judicial bias. In our study, for example, we found evidence to suggest that judges use more terms associated with notions of trust when ruling on the case of a coethnic appellant.

Other written sentiments (e.g., terms of disgust) were not significantly correlated with these outcomes, which makes sense given that Kenyan judges are explicitly instructed to not use emotive language in their legal reasoning (the idea being that such sentiments would be perceived as bias). While these findings are more suggestive than definitive, they reveal what kinds of insights can be gleaned by making legal text-as-data both freely and publicly available.

Kenya’s digital innovations in the judicial sphere have led to remarkable achievements in governing transparency, especially in light of recent history. But even in countries that have made substantial progress on judicial reform over the past few years, it remains an open question of whether and how courts will ultimately be able to deliver consistent and equitable justice for everyday people. To be truly effective, reform efforts will require more digging into patterns of judicial decision-making across a variety of legal outcomes. And as more data is brought to bear on these issues, we gain deeper understanding of both the causes and consequences of judicial bias in places like Kenya and beyond.

Fiona Shen-Bayh (@feiyonah) is an Assistant Professor of Government and Data Science at William & Mary.