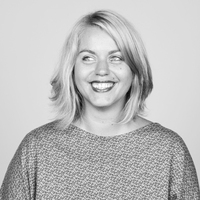 In this blog, Tessa Diphoorn discusses the main ideas of her new book, Twilight Policing: Private Security and Violence in urban South Africa, and how it provides a new lens to understanding violence and security in South Africa. Based on in-depth ethnographic fieldwork, she proposes to move beyond the non-state/state binary that remains to be so dominant in policing studies. Tessa obtained her PhD from the Department of Cultural Anthropology at Utrecht University and she is currently working there as an assistant professor.

South Africa boasts the largest private security sector in the entire world, with 8195 registered businesses and 451,565 active security officers. Although the exponential growth of the private security industry can be observed across the globe, the South African statistics are noteworthy and reflect the country’s deep anxieties about violence, security, and governance. In fact, it was these prevalent anxieties that commenced this research. During my first field visit to Durban in October 2007, I was struck by the vast amount of private security guards, often armed, in public spaces and the enormous array of other (visible) security measures, such as high walls and barbed wire, which characterised the urban realm. I immediately wanted to uncover how this industry works and more importantly, who the men are that perform this work. What is their background and how are they trained? How do they relate to police officers and clients? And most importantly, what do they actually do, day in day out, and how do they perceive their work and notions of security altogether? Driven by these questions, I analysed the daily policing practices of armed response officers, a specific type of private security officer, and their interactions with citizens and the state police in Durban, South Africa. Twilight Policing is, in a way, the end result of this project and there are three issues that define this book.

The first is that this book is an ethnography: it is based on twenty months of in-depth ethnographic fieldwork in Durban, South Africa. Why is this important? Currently, most accounts of private security come from the fields of political science, international (humanitarian) law and criminology, which, although extremely informative and insightful, tend to neglect important aspects, such as the daily practices of security, the life-stories of the people that actually perform this work, and their intricate interconnectedness within the systems in which they work. With this research, I have tried to outline who the men are that do this work, what motivates them, and how they relate to other crucial figures, such as their clients, bosses, and adversaries. I argue that such perspectives are crucial in order for us to understand how the tremendous industry works, particularly in local domains. Moreover, my ethnographic approach is salient throughout the entire book as I habitually reflect on my own role and engagement in the field. I hope my discussions on the difficult choices I made conducting fieldwork on violence will encourage other scholars concerned with methodological predicaments when conducting such fieldwork to share their personal accounts as well.

The second is the new conceptual lens that this book provides to understanding policing in South Africa. My main argument is that armed response officers are engaged in performances of twilight policing, which refers to policing practices that operate in a twilight zone between state and non-state. Throughout the book, I analyse and demonstrate how armed response officers increasingly operate in the public domain by acting like the state and performing in public spaces. These policing practices simultaneously undermine and support the state, resulting in actions that are neither public nor private, but something in between, something ‘twilight’. These performances are also punitive, disciplinary, and exclusionary, working to reinforce post-apartheid racial and economic inequalities. In the course of this book, I examine the processes, policies, and practices that make up the environment in which twilight policing occurs and show that it emerges through various local security networks. Yet, in addition to entering the policing debate, I also wanted to say something about larger questions of power, authority, and legitimacy. In order to do so, I largely draw from the anthropological work on sovereignty and define policing as a performance of sovereign power. This implies that policing bodies claim authority through repetitious public performances through both the ability to use, and the actual use, of violence. In this regard, I concur with many anthropologists that the concept of sovereignty is very useful to analyse how different forms of authority do not operate within the fixed public-private policing binary. Through the conceptual lens of sovereignty, I think we can further analyse the complex ways in which different sovereign bodies complement and compete with each other, Therefore, although empirically-grounded, I do hope that Twilight Policing can serve as a framework to understand policing practices elsewhere.

And last but not least, I believe that Twilight Policing contributes to South African-based studies by not only exploring how particular security actors – namely armed response officers – operate, but also the way in which various other actors, such as citizens, influence their performances. Considering the size of the industry, private security is a common phenomenon to most South Africans. Through my ethnographic approach, I want the readers to get to know a few key players rather personally and understand their motivations to engage in this line of work and their perceptions of security. Furthermore, I also wanted to show the social implications of the industry at large. In addition to showing the crucial role that citizens’ perceptions of fear and (in)security play in determining how armed response officers operate, the exclusionary nature of twilight policing is particularly vital. I argue that South Africa increasingly comprises of “communities of security” and that armed response officers are mandated to police the social and physical borders of many of these communities. More specifically, when doing so, their policing practices are geared to serve a particular group of “insiders” against socially constructed “outsiders”, which remains to be highly racialized. I thus argue that the dangerous criminal “Other” is defined as the poor black male: the “Bravo Mike” and how armed response officers are employed to keep out this socially constructed threat.

Essentially, I argue that many policing practices reinforce post-apartheid racial and economic inequalities, which resonates with much of the work on South African policing. South African policing is not an under-researched field – many anthropologists and sociologists have provided tremendous insight into this field, such as Jonny Steinberg, Steffen Jensen, Monique Marks, Lars Buur, Julia Hornberger, Sarah-Jane Cooper-Knock, and Tony Roshan Samara, to name but a few. My book draws from a lot of their insightful ideas and hopefully some of my thoughts and experiences will continue to keep the momentum high on further understanding security and violence in South Africa.

Dr. Tessa Diphoorn is an assistant professor at the Department of Cultural Anthropology at Utrecht University in the Netherlands. Previously she worked as a post-doctoral researcher at the University of Amsterdam, where she conducted research on public-private security assemblages in Kenya, Israel, and Jamaica. Between October 2011 and May 2013, she was a Marie Curie Sustainable Peacebuilding (SPBuild) Fellow at the Conflict Resolution Unit in the Faculty of Arts and Social Sciences at Sabancı University in Istanbul, Turkey. She has a Bachelor degree in cultural anthropology and a MA in Conflict Studies and Human Rights, both obtained at Utrecht University. Email: T.G.Diphoorn@uu.nl