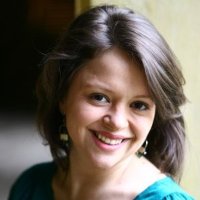 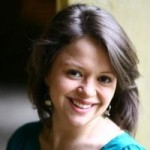 In this article, Laurence Deschamps-Laporte asks whether the Malian elections were as inclusive as their 50% turnout rate suggests, and what the political future holds. Laurence is a DPhil candidate at the University of Oxford.

Since the spring of 2011, Mali’s political landscape has been drastically transformed by a coup d’État, a declaration of independence by an ethnic minority group as well as a violent Islamist insurgency, which precipitated a foreign military intervention. Hardly out of the woods, Mali just held a presidential election.

The electoral process, while considered successful by most international observers, was weakened by three major factors. For starters, the voter turnout and the ability of Malians to get to the polls varied considerably from region to region, leaving the North under-represented. Also, the timing of the elections was imposed by major aid donors and France. These hastily prepared elections made it difficult for new parties to form and start organizing. Consequently, the candidates’ list featured mainly old faces, easing the return of the old political class that had been dispersed by the coup.

The election took place at a time of political instability and military transition. When the French military stepped in last winter, troops were welcomed by most Malians, especially in the South. Locals saw the former colonial ruler as the sole authority that could confront the Islamists who had taken control over Northern Mali. Yet the French president Hollande made it clear as early as January 2012 that the intervention would be short-term and that he expected his 4,000-strong force to soon be replaced by a UN-led one.

Designed to reinstitute political stability in Mali, the French mission was perhaps primarily driven by the country’s urgent need to protect the uranium plants in Northern Niger that provide a quarter of  its nuclear fuel, France’s main source of electricity. Given the porous nature of borders in the Sahel, there was a substantial threat that the turmoil in Northern Mali would spill over into Niger.

The French troops started to withdraw in July, seven months after their arrival, and the 12,600-strong MINUSMA, the UN mission ‘for the stabilization of Mali’, was formally launched in time for the first round of the presidential elections.

Challenges to the democratic process

The UN, France and other major donor countries to Mali had been pressing for a presidential election since the coup, and on July 28th, the first round of the election took place. Ibrahim Boubacar Keïta of the Rally for Mali party came first with 39.79 % of the vote, while Soumaïla Cissé came second with 20%. Both candidates are well-known figures in Malian politics- Keïta was Mali’s prime minister from 1994 to 2000 and Cissé held different ministerial posts between 1993 and 2009. The other 23 candidates split the remainder 50%. The final round of the election took place on August 11th and the count so far shows that Keïta is winning by a wide margin, which forced Cissé to concede.

Malians were given strong incentives to hold an election as soon as possible: In May this year, they were promised $4billion in aid by different countries in Brussels, which was only to be unblocked following the election of a new government.

Despite the apprehension of many commentators who criticized France for rushing the elections, the polls were completed without clashes. Moreover, in the first round, the turnout figure of  50% was laudable, especially when compared to the turnout figures for Western democracies.

We need, however, to sound a few cautionary notes. Firstly, given the outdated nature of Malian census data, especially in the North, we must question the reliability of such turnout figures, and ask how much they can actually tell us. Secondly, participation was highly uneven across the country, with turnout figures in the North were largely under 15%. Northern Mali needed a voting process that was adapted to the situation of largely nomadic population that moves across the Sahel. The recent refugee crisis was also a substantial obstacle to fair participation. The UN reports that there was an estimated 173,000 refugees who fled to neighboring countries, aside from the 353,400 internationally displaced persons within Mali for whom registration and voting was also a problem.

Finally, in Kidal, the base of the MNLA (the Tuareg separatist movement) and Mali’s most northern city, Malians have complained that an electoral list was not put together until July, making the voter registration and biometric data cards production difficult. According to the UN elections observers, the voters-turnout in Kidal was 12% for the first round. But not all barriers to participation were so easy to predict. In the South, where participation was significantly higher for the first round, tropical showers flooded cities and villages this past Sunday, which prevented many Malians from reaching polling stations, potentially diminishing turn-out for the second round.

Beyond these hurdles in the democratic process, Malians have been gradually noticing changes taking place in their capital over the past months. Bamakois talk of Mali being once again ‘sous tutelle’ — a word dating back to Mali’s colonial era and referring to the guardianship of the French state over its African colonies. Hotels are crammed with election observers, UN officials rush to the foreign restaurants and the French army has been renting out every single room of the famous Hotel Nord-Sud for months.

Bamakois long for a stronger Malian state with decisive leaders and find this foreign supervision presence increasingly unnerving. Thus, it does not come as a surprise that Keïta’s nationalist message and campaign around building a stronger, independent Mali has reached many Malians. Of course those who make these observations recognize that expats support the economy, yet they wish their hotels were full of tourists who come enjoy the country’s many cultural festivals, as it was the case before 2011.

By electing Keïta, southerners hope the lingering threat of state failure will turn into a distant memory. Yet the low voter turnout in the North, and the fact that Keita previously led an administration that failed to either reach a settlement with the Tuareg separatists or counter violent Islamist movements, suggests that the new government will not easily fulfill the Malian people’s aspirations for peace and recovery.