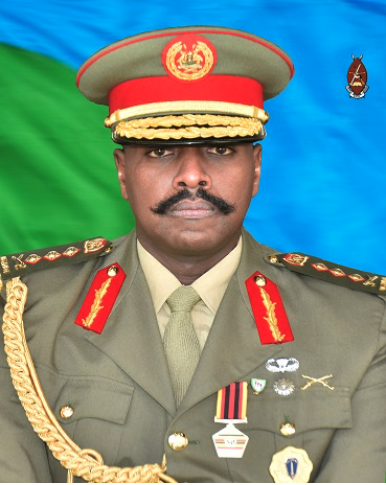 A particularly intense and visible campaign has been taking place in Uganda over the last few months to promote Muhoozi Kainerugaba – Yoweri Museveni’s son – as the president’s successor. This has put Mahoozi in the limelight in a way that was previously unthinkable in the strongly personalized regime of his father, in which talking about a “time after Museveni” can be a dangerous thing to do. As a result, there is growing speculation, both about what Uganda could look like under Muhoozi, and whether he is actually a viable replacement. In other words, is the ruling National Resistance Movement (NRM) simply testing the water as opposed to preparing the ground for an inevitable inauguration? This piece outlines some of the possibilities, taking a look at Muhoozi’s power base and profile, as well as the internal tensions within the regime that could yet thwart his presidential aspirations.

Muhoozi power-base: the military, and beyond

After a rapid rise through the armed forces, Muhoozi currently serves as the Commander of the Land Forces of the UPDF. One important factor is that his influence goes well beyond his formal position: Muhoozi is able to take decisions and represent the army in ways which go against the hierarchy, and show his power. Many argue that we have now reached a situation in which there are de facto two armies: the ‘regular’ UPDF, and that which is controlled by the First Son, which does not correspond to the formal structure. This latter institution is directly controlled by Muhoozi, including key-positions and assets.

It is critical to this situation that Muhoozi is also at the helm of the Special Forces Command (SFC, which was formerly the Presidential Guard Brigade). The SFC has grown in size and capacity and at present has de facto control of all strategic military assets – as was for example shown by the Democracy in Africa Shadow State report on Uganda. Over the years, and through these structures, Muhoozi developed a generation of younger officers – the ‘Muhoozi crop’ – who are loyal to him, and which primarily originated from the SFC. But his influence also extends beyond this: there has been a growing collaboration between young NRM cadres and the Special Forces Command crop around the president’s son.

While this power base has been growing for a long time – and famously led to General David Sejusa denouncing the Muhoozi project in 2013 – Muhoozi’s campaign has escalated in recent months, through his online presence, a prominent role in talks with Rwanda, and a variety of high profile events in Uganda.

So what have these developments taught us about Muhoozi’s candidature and potential style of governing?

The personalized nature of the Museveni regime has been widely commented on – with the President directly involved in resolving conflicts, determining policy, and so on. In 2004, Joel Barkan and colleagues wrote in a confidential (but leaked) World Bank report how – in the context of the ‘third term debate, “old guard” members were replaced by new ones: “individuals who are inclined to go along with whatever Museveni wants”. As a result, the president was largely surrounded by “sycophants”, with loyalty taking precedence over competence.

A very similar process is currently taking place around the president’s son. With Muhoozi increasingly in pole position for the succession, many others have been encouraged jump on the bandwagon, showering him with praise. Twitter has become a preferred platform to do so, with hashtags such as #Muhooziarmy creating the impression of a large online following. The same impression is created by the parties which were recently organized across the country for his 48th birthday, attracting a parade of politicians and media-figures.

It remains to be seen what these PR exercises tell us about Muhoozi’s popularity – with critics for example questioning the turnout to his birthday parties, suggesting that students were paid to get on chartered buses to bump up the numbers. Despite the Twitter noise, Muhoozi does not have the popularity or constituency of his father. Many point out that his candidature is not uniformly welcomed in the state administration, with his polemic style and bold statements being a major issues of concern.

Muhoozi’s tweets are case in point: on the one hand, they aim to portray his national and international network, or his statesman-like stature, for example by reaching out to opposition figure Norbert Mao, or by showing his meetings with a number of European leaders, such as the ambassador of France or Italy (“My best European Ambassador. He is my brother”).

Yet, his online presence also creates another image, raising concern about the stability of any Muhoozi-led government. Some tweets include sudden major announcements, for example, which are then suddenly withdrawn or cancelled. Take the announcement of the end of operation Shujaa (the joint Uganda-Congo military operation against the Allied Democratic Forces) on 17 May 2022. This surprised everyone, including the Congolese government. Three hours later, a vey different message was tweeted, suggesting the UPDF was to remain in Congo.

In other cases, major announcements are made, only for there to be no follow up. On the 8 March 2022, Muhoozi unexpectedly announced his retirement from the military. Following a period of confusion, it was subsequently clarified – if that is the right word – that he had actually meant to indicate that he planned to resign in eight year’s time.

This kind of inconsistency, and the way in which controversy follows him around, has raised concerns that a Muhoozi would increase political and economic instability.

Frictions within the regime?

Similarly, over the last year, a series of provocative foreign affairs tweets were sent out that complicated Uganda’s foreign relations. These included messages expressing support for Egypt (at the time of the tensions between Ethiopia and Egypt), for the Tigrayan rebel forces, and for Russian President Vladimir Putin (“Putin is absolutely right!”). As press reports note, there have been concerns in the Ministry of Foreign Affairs that these statements “could be misconstrued as the official position of the state of Uganda”.

Muhoozi’s messages have been criticized by current and former diplomats for usurping the role of the Ministry of Foreign Affairs and complicating diplomatic relationships. Indeed, after his tweets on Ethiopia, the Ugandan ambassador was summoned by the Ethiopian government.

A particularly contentious point is that Muhoozi makes these statements as a serving army officer: previously, UPDF commanders such as Henry Tumukunde, a retired UPDF lieutenant general, was brought to court for expressing views outside the established structures of the army (after having commented on Museveni’s long stay in power), and convicted in 2013.

There is also internal concern about the ways in which critiques of his personality has been dealt with, particularly on the occasion of the arrest and torture of novelist Kakwenza Rukirabashaij. The latter had spoken out critically about the First Son on social media, and was imprisoned, tortured severely, and forced to apologise. His harrowing account not only sent shivers throughout wider society, but also within the state administration.

Many actors – inside and outside of the Museveni regime – emphasize how the Muhoozi regime is not a foregone conclusion. Instead, it represents an attempt by President Musebeni to test the water to see how such is scenario is received. Such as strategy is not new, but part and parcel of the Museveni playbook: launch a radical idea, see whom opposes it and/or its weak points, give it some time, and ultimately shelve or launch it – in the latter scenario due to ‘overwhelming popular demand’.

This kind of approach has been tried and tested a number of times – the latest example being the proposal to abolish presidential elections through the general public, and instead organize these through the parliament.

President Museveni may also see this as a test of Muhoozi himself – who is said to have a complicated relationship with his father – testing how well he can carry the campaign, and whether he can make himself look like an executive in waiting. If this is what the president is doing, everything will depend on how Muhoozi performs, and how this is perceived within the Ugandan political elite.

This raises a bigger question, however: even if the current campaign is a mere testing of the waters, once the genie is out of the battle, can it be put back in? It seems unlikely that Muhoozi, or his following, would let go of the momentum which has been created. So could President Museveni find that his hand is forced, whatever his wishes?

Conclusion: Whither the succession?

While the Museveni regime traditionally rules through a combination of patronage and coercion, President Museveni still has a degree of political legitimacy which is able to hold the Ugandan political settlement together. In the case of a Muhoozi takeover, his lesser legitimacy and reach may mean that this political settlement becomes unsustainable. This would be especially likely in the case of the sudden death of the president, when he would no longer be around to shore up Muhoozi’s position.

A potential takeover by Muhoozi could therefore exacerbate existing tensions within both the army and party – and a host of other group – who equally desire the presidency and/or feel uncomfortable with the ‘Muhoozi project’. These tensions, which are largely suppressed under the Museveni regime, might break open along a variety of lines, with ethnicity and region being a potentially explosive factor. The ‘Muhoozi crop’ is seen by some as representing the further concentration of power in the Western region, and particularly among the Banyanokole and Bahima, which would only frustrate Ugandans from other parts of the country.

In sum, while the current campaign to promote the figure of Muhoozi might suggest a clear path transition, much is brewing beyond the surface – and so the situation is much more unpredictable than it might at first appear.

Kristof Titeca is an associate professor at the Institute of Development Policy at the University of Antwerp.