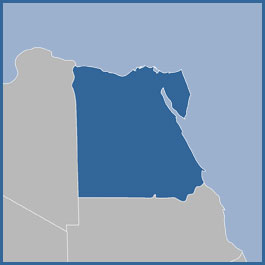 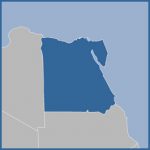 Egypt is once more in the headlines. In this blog, Clément Steuer gives us a tour of the legal developments behind the political battles that are ongoing in Egypt. Clément Steuer is a political scientist at the French Documentation and Research Center (Cedej) in Cairo, and working with a funding of the Région Rhône-Alpes

If the Revolution on 25th January led to the democratization of the Egyptian political life, it also produced a paradoxical side effect: the confusion of powers. Below, I will uncover the roots of this confusion, which will play a defining role in Egypt’s political future.

The confusion of powers mentioned above, sprung from the ‘legal chaos’ (fawda qânûniya) that followed the dismissal of Hosni Mubarak: the transfer of the power from Mubarak to the Supreme Council of the Armed Forces (SCAF) wasn’t constitutional (The 1971 Constitution stipulates that the power should go to the vice-president in the case of vacancy of power). Consequently, the SCAF tried to legalize this coup post hoc: On the 13th February, two days after the Mubarak’s dismissal, it suspended the 1971 Constitution. On the 16th, it commissioned a committee of experts to write new constitutional amendments. Two weeks later, the Egyptian people approved these amendments by referendum. Then, on 30th March, the SCAF promulgated a ‘constitutional declaration’. This document stipulates that the SCAF will hold legislative and executive powers until competent bodies are elected. Furthermore, the SCAF seized constituent power on the 13th February, and did not relinquish it until the election of Mohammed Morsi in June 2012.

In this context, more and more political issues were judged by Courts, and consequently, more and more people accused the Courts of being partial and politicized. The Muslim Brotherhood, in particular, contested a set of judicial decisions: the dissolution of the first Constituent Assembly by the State Council, and the dissolution of the Islamist-dominated People Assembly by the HCC on the 14th June 2012. Since it had been elected in January, the Assembly had held legislative power. The HCC decision to dissolve it created a constitutional void: there were no provisions for this within the constitutional declaration.

On the 17th June, the last day of the presidential election, the SCAF promulgated a ‘complementary constitutional declaration’ to fill this void. This new text gave legislative power back to the SCAF and limited the powers attached to the future president. It also gave the SCAF the power to form a new Constituent Assembly if the one appointed by the People’s Assembly a few weeks before should fail or be dissolved by the Court.

So, when Mohammed Morsi sat in the presidential chair the 30th of June, his powers had been restrained by the last constitutional declaration, and his organization (the Muslim Brotherhood) was in conflict with the HCC, who they accused of serving the interests of the SCAF and the old regime remnants. On the 12th August, he promulgated a new constitutional declaration, attributing to his office the former SCAF powers. Since then, Morsi has been accumulating constituent, legislative and executive powers. Eighteen months after the revolution, the powers are still concentrated, but this time an elected civilian president is holding them, not a military junta.

The main political issues in Egypt since the election of Mohammed Morsi are tied to the Constituent Assembly. This body has been elected by a People’s Assembly, which was dissolved by a Court order. If the situation is legal, it weakens the assembly’s legitimacy. Above all, it is the composition of the assembly that is being contested: The opposition claims that Islamists are currently overrepresented, and the Courts weren’t able to make a judgement on its legality, because of the 21st November ‘constitutional declaration’. This declaration itself couldn’t be examined by the HCC, because of a sit-in by Islamist demonstrators in front of the Court building. Finally, on the 6th December, a constitutional declaration called a referendum on the text of the new Constitution, which has been drawn up by the contested Constituent Assembly. Most of the judges believe this electoral consultation is illegal, and have refused to supervise it. Consequently, the referendum took place on two days: the 15th and 22nd December and has been dogged by many irregularities. Despite this, the victory of the ‘Yes’ campaign was not overwhelming (64%), and the turnout was notably low (32%).

Whilst the adoption of the new Constitution should put an end to the confusion of powers in Egypt, the constitutional and legal chaos will not end soon. The text of the new Constitution is contested, as is the committee that wrote it and the referendum which approved it. Moreover, the text itself is vague and contradictory. Now, the opposition will begin a judicial battle against the Constitution. This means that the laws to be voted by the next legislator will also be subject to many judicial appeals. Two years after the revolution, the constitutional and legal framework of the new Egypt is not yet clear.