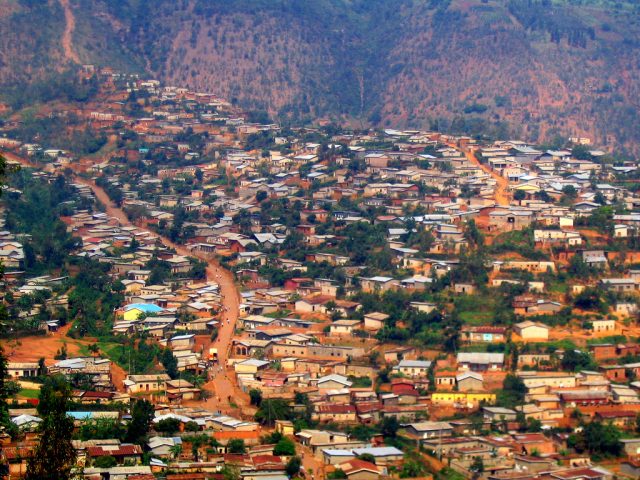 Our co-editor, SJ Cooper-Knock takes a look at Rwanda, which is often praised for leading the way on women’s representation in parliament. What do the country’s impressive statistics tell us about the life choices and life chances of women in politics, and beyond? This thought piece was penned as part of series on parliamentary politics for the Westminster Foundation for Democracy.

Rwanda is lauded as a world leader in women’s political participation. International accolades abound. In 2007, Paul Kagame, the president of Rwanda, was presented with the African Gender Award. In 2013, the country won the international ‘Women in Parliament’ award for its work promoting women’s political empowerment.

The figures are certainly impressive: Rwanda’s Chamber of Deputies is one of only two chambers worldwide in which women outnumber men. In Bolivia, 53% of parliamentarians are women. Rwanda leads the global field with 64%, compared with a global average of 23%. That is not all: seven out of 14 judges in the supreme court are women; women’s councils exist at the cell, sector, district and provincial level; and the Ministry of Gender and Family Promotion (MIGEPROF) is tasked with ensuring that women’s interests are institutionally represented at a national level.

Advocates of gender quotas highlight the important role that Rwanda’s 2003 constitution played in shaping the situation today. The text of the constitution declares that women should occupy 30% of all governmental ‘decision-making bodies’, although mechanisms for securing these figures outside the lower chamber of parliament are not spelled out in the text. The Chamber of Deputies has 24 reserved seats for women, selected through an electoral college of voters from district councils and local women’s councils.

But what do these numbers really tell us about the effectiveness of gender quotas?  And what do they mean for institutions and individuals across the country? Has the radical increase in women’s representation spurred, solidified or stymied broader pushes for gender equity?

Delineating the importance of gender quotas in Rwanda is difficult. Here, as in other countries, quotas emerged in the midst of a political transition in which women played an influential role. Women performed an important part in the success Rwandan Patriotic Front, which (re)invaded Rwanda in 1990 and later played a crucial role in stopping the 1994 Rwandan genocide against Tutsi and moderate Hutu. Key female officers in the RPF would later play an influential role in the post-genocide government. Women’s organisations also multiplied in the wake of the genocide to tackle the ensuing crisis, building on earlier grassroots movements and facilitated by domestic and international support. Analyses of women in Rwandan politics and government must take these historical trajectories into account.

Gender scholars highlight two, interrelated benefits of increasing the number of women in parliament. The first is the symbolic impact that these role models can have on women’s aspirations and expectations. Such impacts are incredibly hard to isolate and measure, but some studies suggest that women are increasingly seeing leadership and politics as legitimate ambitions in ways that they did not before. There has, in other words, been a shift in the ‘collective cultural imagination‘ that shapes ‘what is possible for “daughters” [abakobwa] and “wives” [abagore]‘. The crucial question here, then, is whether all women see something of themselves in the parliamentary representatives. Critics would argue that the gulf between marginalised women most in need of empowerment and those in political power is often vast, and growing. Opportunities for women in relatively remote areas to lead at a local or district level appear much slimmer.

Sitting alongside symbolic benefits are the substantive benefits of women’s representation: meaningful action on women’s issues and the emergence of a broader ‘gendered perspective’ in the legislature. Predictably, the definition of ‘women’s issues’ has been fiercely debated, but we can usefully explore the issue by focusing on three criteria: the acknowledgement of ‘women’ as a ‘social category’; the recognition of gender inequality; and the formulation of laws designed to expand women’s autonomy.

Broadly speaking, women must be able and willing to wield power in the legislative, and the legislative must be able to wield power in the broader polity, for substantive representation to be effective. On the first count, Rwanda appears to be doing well. In comparison to other countries where women have been relatively marginalised, Rwandan women have been promoted into diverse and prominent portfolios. In part, at least, this is due to the historical role women have played in the RPF. Slowly but surely, studies suggest, the patriarchal culture of the legislature is being eroded and women’s working relationship with their male counterparts is improving.

Rwanda also seems to have avoided some of the pitfalls of gender quotas. Research in Tanzania and Uganda has suggested that women elected through separate electoral colleges can be seen as second-class parliamentarians who lack the legitimacy and leverage of those elected by geographic constituencies. This poses a potential double threat, as such women would be unable to act effectively while their presence would work to dissuade others from tackling women’s issues in their place. In Rwanda, however, there are signs of solidarity amongst women across the quota and non-quota divide. Their position is also bolstered by links to women’s movements in civil society, although these movements have – ironically – suffered as some of their most seasoned leaders have entered the legislature.

Altogether, women seem to be in a relatively strong position within the Chamber of Deputies. But are they willing and able to wield that power in practice? If we look at the country’s legislative history since 2003, the verdict is mixed. Perhaps the most important breakthrough came in 2006, when women played a crucial role in the drafting and passing (two years later) of a bill on combating gender-based violence. There is much still left to accomplish on this front: the government’s own figures estimates that four in ten women experience violence before the age of 15. Nonetheless, this was an important step forward and highlighted the capacity of female caucuses within the legislative to drive women’s issues forward.

Elsewhere, progress has been more uncertain. In 2009, parliament also voted to make labour laws more ‘investor friendly’ by increasing the working week by 13% to 45 hours per week. Arguably, this had serious implications for working mothers, although provision for breast-feeding mothers was also bolstered in the same legislation. As of last year, maternity pay is also set to increase, providing women with a full salary over their twelve-week leave. In 2012, parliament legalised abortion ‘in cases of sexual assault, rape, incest and where the continued pregnancy endangers the mental and physical health of the mother or the life of the mother or the foetus’. This is an important milestone, but the remaining restrictions continue to have deleterious effects on women’s health and wellbeing. A recent report argued that 18,000 women and girls in Rwanda require treatment annually for the effects of unsafe abortions.

The problem of class

These partial victories stand alongside one important failure: the absence of female parliamentarians mobilising on behalf of rural women during land policy debates in 2003 and 2004. This failure to act compounded the plight of some of the country’s most marginalised women. The lack of action on this issue is telling: it reveals two crucial limitations that have stymied substantive action on women’s issues.

Firstly, there is an important gap between women in parliament and women in greatest need. Institutionally powerful women, some argue, emerge from a similar power base to institutionally powerful men: predominantly urban-focused, Anglophone, and Tutsi. This divide partially explains why MIGEPROF and the Forum of Rwandan Women Parliamentarians did not acknowledge the gendered dimension of the land issue. Framing the topic as one for ‘all Rwandans’, they overlooked the deeply gendered nature of rural land politics, where most women are subsistence farmers. While diversity may be increasing as the number of women in parliament grows, the sidelining of rural women’s interests is testament to the difficult of speaking about ‘women’s interests’ in homogenous terms.

Secondly, women know the potential formal and informal costs of becoming embroiled in political contestation in Rwanda, particularly if one ends up on the opposite side to the government. Critics also suggest that quota positions are also filled with those who are willing to subscribe to the RPF’s agenda. Land politics was certainly a contentious issue. Therefore, politicians were not willing to use their leverage to push for women’s issues.

These political constraints in parliament point to broader restrictions within the country as a whole, where space for political opposition is limited. Following the country’s constitutional referendum in 2003 and its elections later that year, many hoped that Rwanda was entering a period of democratic transition. Progress towards this goal, however, has always been limited and some would argue that the country is backsliding. Currently, Freedom House classifies the country as ‘not free’. Even previously powerful women at the heart of the RPF have reportedly been marginalised in recent years for being outspoken on government policies.

Indeed, Kagame’s relatively progressive stance on women’s rights has been one of the key factors securing his status as a ‘darling dictator’ in the west. Influenced by experiences in Uganda, Kagame recognised the instrumental as well as the inherent value of pursuing gender equality. His willingness to respond to women’s movements in Rwanda as well as the prominence women had gained within his own movement had secured legislative progress on women’s issues long before 2003. In 1996, rape and sexual torture were upgraded to ‘category one’ crimes in post-genocide prosecution guidelines (equivalent with murder) from ‘category three’ crimes (equivalent to property damage); in 2001 laws were passed which protected children from violence. Most importantly, in 2003, women were permitted to inherit land (although restrictions still apply).

These advances have played a crucial role in helping women in Rwanda to survive and thrive. Ultimately, though, no amount of benign intervention can compensate for a lack of political freedom. The autonomy of parliament and of citizens is crucial if women’s liberation is to be achieved. When feminists fought for gender equality, they were not fighting for the right to be equally oppressed. Ultimately, if it is freedom and equality that we are after, we need to take a far more critical stance towards Paul Kagame. But we also need to take a more critical stance towards women parliamentarians. Despite their terrible struggles and their important victories, we need to acknowledge that these women do not just operate within Rwanda’s political system; they help to create it by fostering or overlooking laws, policies and practices that close democratic space in the country.