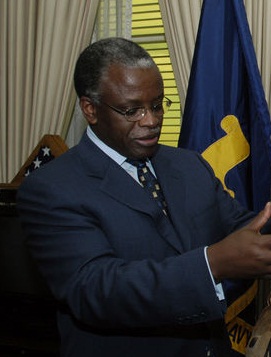 In this post, Michaela Collord gives us her insights on Ugandan politics in the wake of Amama Mbabazi’s announcement that he will fight Yoweri Museveni in the upcoming elections.

On Monday 15 June, Amama Mbabazi, long-time heir apparent turned political rival of President Museveni, declared his intention to run for president in a video released on youtube. The much anticipated announcement triggered a media storm and widespread speculation about what this development could mean for the 2016 presidential race. While the implications for the election itself are uncertain, the Mbabazi bid is already fuelling runaway campaign spending, exacerbating a trend that continues to threaten Uganda’s political and economic stability.

An announcement long in the making

Late last year, Mbabazi was dropped as Prime Minister and pushed out of his role as Secretary General of the ruling National Resistance Movement (NRM) in a series of moves designed to stymie his alleged presidential ambitions. More recently, Museveni and his close allies in government have mixed conciliatory personal overtures with more authoritarian efforts to suppress dissent in hopes of discouraging an Mbabazi candidacy.

Many political observers, meanwhile, remained uncertain about Mbabazi’s strategy and intentions. The erstwhile ally of Museveni revealed very little of his plans, leading some to speculate he was discouraged by the NRM’s heavy handed response. Mbabazi’s silence appeared to have a dampening effect on some of his supporters, notably among a break-away faction of the NRM youth league, many of whom were brought back into the fold following personal invitations to visit Museveni’s private ranch.

Ultimately, pressure from within the Mbabazi camp may well have precipitated Monday’s announcement. In particular, prospective campaign donors reportedly wanted Mbabazi to go public in order to gauge the response and therefore the merits of backing him as a candidate.

The opposition view – Mbabazi the hero?

Mbabazi walked a thin tight-rope in his five-minute declaration, balancing between a renewed affirmation of his allegiance to the historic ‘values’ of the NRM on the one hand and a call for something akin to regime change on the other. Seemingly picking from an opposition playbook, Mbabazi asserted, ‘It is abundantly clear that what Ugandans want now – what you want is not simply change in leadership but change of system. A change in order.’

The response among leading opposition figures has been largely positive, if cautiously so. Perhaps most enthusiastic are a number of former NRM MPs, expelled from their party for indiscipline in 2013. They heralded Mbabazi’s bid as the ‘birth pangs of democracy’ while insisting that ‘for the first time, Museveni is going to have an election.’ Veteran opposition politicians were also sanguine in their response. Nadala Mafabi, Secretary General of Uganda’s largest opposition party Forum for Democratic Change (FDC), commented, ‘When President Museveni wanted power, he opted for the gun, but Mbabazi has decided to use the ballot. This is good for democracy and as [the] Opposition, we welcome Mbabazi’s candidature.’

There is little love for Mbabazi personally. Despite the encouraging statements, the expelled ex-NRM MPs could, until recently, be heard denouncing Mbabazi as the man who oversaw their ejection from the ruling party. The opposition, meanwhile, has weathered numerous direct confrontations with Mbabazi, notably during his days as the implacable Leader of Government Business in Parliament responsible for, among other things, ensuring the passage of the opposition-baiting Public Order Management Bill. Mbabazi’sconsiderable personal wealth is also seen as an indication of his involvement in a string of corruption scandals.

Mbabazi the man aside, what opposition sympathizers do welcome, as the above statements imply, is the opportunity an Mbabazi candidacy offers to reset the political chessboard. The initial optimism associated with Uganda’s 2005 return to multiparty politics quickly faded as successive elections have left the opposition with an ever-dwindling share of the vote. Some opposition leaders, including former FDC President Dr Kizza Besigye, even advocated boycotting the 2016 elections, arguing that they are a futile regime-legitimating exercise with a predetermined outcome. Viewed from this perspective, Mbabazi’s presidential bid is a breath of fresh air; it can at least guarantee an ‘intriguing’ election rather than yet another rerun. As such, anything with the potential to shake Museveni and the NRM’s hold on power is a positive.

The NRM view – Mbabazi the hypocrite

Those close to Museveni have responded to Mbabazi’s bid by labelling the erstwhile Prime Minister a ‘hypocrite’ and resorting to vitriolic attacks. The government’s media centre boss, Ofwondo Opondo did not mince words, hammering, ‘[Mbabazi] is really finished and we shall frog-march him to the delegates conference should he present his candidature.’

Mbabazi’s video launch was also accompanied by a formal letter sent to the President’s office, which earned Mbabazi an invitation to speak with Museveni personally on Monday. While all sides insisted the meeting was ‘cordial’, it failed as a last ditch effort to dissuade Mbabazi from contesting.

Mbabazi’s supporters have also had to contend with an aggressive counter-offensive. Campaign coordinators convened launch ‘parties’ across Uganda on Monday to coincide with the video release. These were rapidly suppressed by the police while many Mbabazi supporters were arrested.

These arrests are in line with the tactics used by the NRM regime against the opposition to date. Mbabazi and his supporters will undoubtedly face heightened police retaliationin days to come. Mbabazi may also have to handle renewed criminal investigations and corruption charges.

Mbabazi’s attempt to launch his bid from within the NRM seems particular irksome for those close to Museveni. Minister for Youth, Evelyn Anite, sought to remind Mbabazi that he signed the NRM parliamentary caucus resolution endorsing Museveni as sole presidential candidate in the 2016 elections. Anite was herself responsible for proposing that resolution, which helped catapult her into a youthful cohort of NRM MPs who now serve as Museveni’sclose ministers, advisers and NRM campaign strategists. Frank Tumwebaze, the Minister for the Presidency, similarly called Mbabazi out for criticizing a government of which he himself was until very recently one of the main architects.

An Mbabazi candidacy – what can it achieve?

It is too early to tell whether Mbabazi’s bid will have much of an impact on the coming elections, or even whether it will succeed in exacerbating tensions within the ruling NRM party, as many opposition supporters hope. There is at least one effect that is, nevertheless, already influencing this year’s election cycle, and with potentially destabilizing implications for Uganda both politically and economically: Mbabazi’s campaign is driving up the inflated cost of elections.

Election spending in 2011—much of which involved redirecting funds from the Treasury—is credited with fuelling a post-election spike in inflation, a collapse in the value of the shilling and a steep drop in GDP growth. These, in turn, helped propel the opposition-led ‘walk to work’ protests, which saw Kampala streets filled with tear gas for several weeks. The 2016 elections promise to be no better. The fears over an Mbabazi bid have pushed spending up a notch. Already the NRM is reported to have invested hugely in a special NRM delegates’ conference convened in December 2014 in order to amend the party constitution and replace Mbabazi’s elected secretary general position with an appointed bureaucratic post. Mbabazi also has money to spend and is believed to have used at least 50m ($15,000) to facilitateMonday’s launch parties alone.

The added financial pressures involved in countering an Mbabazi campaign will further stretch the ability of the NRM to use its financial muscle to hold members together while avoiding post-election economic shocks. MPs in particular have been calling for some kind of compensation from Museveni for their role in spearheading the sole candidature agenda. These dynamics raise the prospect of record spending in 2016 with serious consequences for an economy already reeling from a weak currency. Whether or not Mbabazi achieves his short-term goal of winning the election, which seems highly unlikely, his candidacy looks set to exacerbate and expose the vulnerabilities of the political system upon which the NRM relies.

Should Somalia hold elections during Covid-19?

Abductions, Brutality, and Demolitions: When the State becomes more harmful than COVID-19