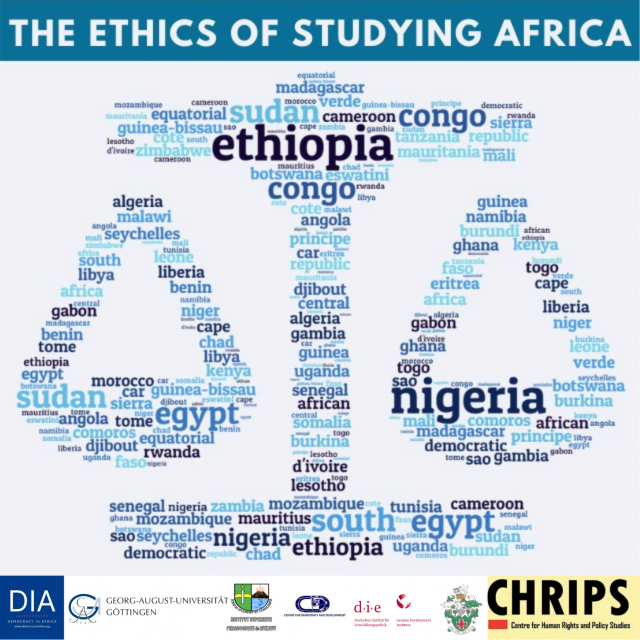 Randomized Controlled Trials (RCTs) are often seen to be the “gold standard” of social scientific research. This is because they involve randomly assigning individuals to different groups, one of which receives a “treatment” (a service, or training, or input of some kind) and another that does not (the “control”). By comparing between groups, it is possible to systemically test whether a given experience, policy, or intervention, is effective. This methods was central, for example, to the work that won Abhijit Banerjee, Esther Duflo and Michael Kremer the 2019 Nobel Prize in Economic Sciences.

But RCTs in Africa have often been the subject of fierce criticism. From time-to-time disputes have arisen around RCTs which, although they were ethically approved by a research institution, have been seen to suffer serious moral limitations and/or to disrespect local norms and values. Just recently, for example, there was a very lively debate on the ethical foundations of an RCT conducted in Kenya. To enforce repayment of water and sewage charges in Nairobi slums, randomly selected households were warned about getting disconnected from water and sewage services if they did not pay their bill in due time.

This treatment proved to be effective, but 29% of the treated households were disconnected for several months. The discussion of this RCT was particularly vigorous because it endangered and even disregarded the basic human right to safe drinking water of study participants. Conducting an RCT on an issue such as this is highly questionable – and raises the issue of whether the approval procedures that govern what is and is not reasonable for researchers to do in the course of their studies need to be revised.

Who gets to review?

Because they involve human subjects, RCTs are reviewed for their scientific quality and ethical appropriateness by independent Institutional Review Boards (IRB) to protect study participants throughout the interventions. In Africa, RCTs are usually led by an external university or research team funded by a Western foundation, institution or donor in a higher-income country, but are implemented through international research collaborations with local organisations.

IRBs have determined ethical principles for research projects, which vary across countries but are usually set by  national governments, or senior academic panels. As a result, what is considered to be ethically appropriate in the United States may not be considered appropriate in Kenya. Yet despite this, local IRBs are typically not required, with in-country research approval being granted on the basis of externally conducted ethical reviews. Consequently, the IRB process sometimes fails to achieve its goal of protecting all study participants.

Requiring comparable IRBs approval to be awarded within the African country in which the research is to be carried out would be one way to ensure that new projects take into account the beliefs, needs, and difficulties, of study participants in international research collaborations. A research project conducted in Ghana found that when researchers conduct “community-based participatory research (CBPR) with vulnerable populations in rural African settings”, “ethical considerations such as informed consent, the protection of privacy and confidentiality, and relationships between researchers and participants take on greater complexity and have implications beyond the individual research participant”. As understanding of these complicated ethico-cultural contexts is likely to be greatest in-country, it makes sense that ethical approval should also be required from a local or independent African ethics committee.

More broadly, research on sensitive topics and with vulnerable groups is best done by, or in collaboration with, research partners who have great experience and knowledge of the relevant community. As other essays in this series have argued, it is critical that these partnerships are equal so that in-country researchers are able to not only raise but insist on research priorities and ethical red lines.

The design and act of getting informed consent matters

Ensuring that study participants provide informed consent is a common requirement of IRBs. Participants must be advised about their rights, with one right being that they enter the study wholly voluntarily and can reject participation – and leave after it has begun – without any negative consequences. Yet consent forms are often very complicated and contain a lot of information. As RCTs in the social sciences often address vulnerable populations, this is problematic.

Potential participants may not be fully literate, or feel pressured into complying given existing power inequalities. This may lead to misinformed consent or, when combined with the presence of “white” researchers, to a “researcher-approval bias”. Moreover, if RCTs offer a treatment which is desperately needed, or if aid funds appear to be at stake, vulnerable communities may be reluctant to turn down participation due to the fear that doing so would leave them less well off – even in cases where this fear is unfounded. Thus, securing consent in a way that makes the key issues clear to participants while also empowering them to say no is critically important.

This challenge is particularly significant when it comes to RCTs, because they often include entire communities to test a large scale policy intervention, which makes it more difficult for individuals to deny – and hence also to genuinely approve – their participation. Thus, it is quite possible that some people are regularly being included in  RCTs who do not wish to be treated. To prevent this, more work needs to be done with relevant communities to identify willing participants and anticipate those who might be less keen to engage.

Talking to those with less power in a given context may also be important in order to give individuals the right to express their opinions, for example in communities where a local leader has great influence over group decisions. Furthermore, informed consent should not be treated as a one-off event, but should be requested on more than one occasion, especially after changes are made to the study.

While most researchers take ethics very seriously, it is nonetheless true that we are most likely to see changes in behaviour if there are clear and significant downsides to “pushing the ethical envelope”. There are a number of ways this can be done (see Figure 2 below), including journals imposing their own ethical standards and refusing to publish unethical research, as is already common practice in medical science.

Researchers also need to take responsibility for their own actions, and not solely rely on IRBs approval as guidance as to what is appropriate. As part of this process, researchers should pay careful attention to what is considered best practice in “neighbouring sciences” as well as their own. 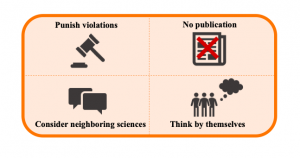 It is also critical to appreciate that what is ethical in one time and place may not be in another. For example, RCTs conducted in an authoritarian regime may be controversial if they are seen to have consequences that improve the reputation of the government, and thus risk providing “political cover” to dictators, while turning a “blind eye to political repression” and risking “supporting oppression”. Similarly, researchers are well advised to not introduce RCTs during election periods, as local politicians might seek to claim credit for the intervention, which in turn may sway the result.

Even outside of these contexts it is important to communicate to the local population that a RCT is purely for scientific research and is not “owned” by whoever is in power, even if they have approved it. This brings home a broader point: the responsibility to do no harm extends well beyond the specific and direct impacts of an RCT intervention.

Drawing on the previous discussion, we can identify three policy measures that will help to prevent further ethical violations in international research collaborations if properly implemented.

First, it is time to establish a worldwide organisation to promote and oversee ethical research principles in the social sciences.

Third, current ethical standards should be continuously adapted and tweaked in response to new information and understandings.

Finally, all of the above must be done in collaboration with in-country researchers and communities, in a context in which the the power to insert red lines and veto research practices lies with those who are closest to the individuals and communities who will be impacted.

This process will be a long journey. The very act or rebalancing power and enabling in-country experts to speak with a louder voice is likely to result in a range of ethical issues and challenges not covered in this essay being put on the table. But we should not shrink from this: more accurately identifying the problems with the way that RCTs – and a wide range of comparable research projects – are currently implemented is the first step to creating a social sciences that generate vital insights while doing no harm.

LAUNCH: The ethics of studying Africa