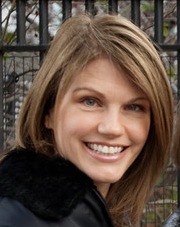 This week, we build on our successful gender and politics series by sharing two blogs that provide additional angles on key issues in the field. We start with an article by Denise Walsh, which uses the cases of Chile and South Africa to highlight the ground that women can gain by organising early and gaining a voice in the public sphere prior to a country’s first democratic elections. Denise is an Associate Professor of Politics and of Studies in Women and Gender at the University of Virginia.

Democracy promises equal rights to all citizens, yet not all new democracies support women’s rights equally. Why not? Politics and gender scholars who focus on women’s rights in democratizing states offer a number of reasons, including variations in the strength of the women’s movement, the political ideology of the leading opposition, and international support. However, changes in women’s rights often occur before democratization officially begins, that is, before the first election. This suggests that advocates of women’s rights need to act long before elections are called.

Indeed, changes in women’s rights occurred both in Chile and in South Africa before elections. Just before the 1989 election in Chile, Augusto Pinochet advanced women’s rights by approving minor reforms to the Civil Code and by agreeing to ratify the Convention on the Elimination and Discrimination Against Women (CEDAW). The pro-democracy opposition endorsed anti-discrimination and violence against women legislation. In South Africa, just before the 1994 democratic election, the apartheid government passed the 1993 Prevention of Family Violence Act, repealed discriminatory legislation with the 1993 General Law Fourth Amendment Act, extended the 1983 Basic Conditions of Employment Act to domestic and farm workers, and signed CEDAW. The South African pro-democracy opposition endorsed violence against women legislation that included safe houses and survivor services; as well as anti-discrimination legislation; affirmative action; job creation and training; and day care. The changes in women’s rights and opposition support for change were modest in Chile and unusually impressive in South Africa.

What explains these divergent outcomes? The two countries were comparable in a number of ways, including their global economic standing and internal economic inequality, conservative authoritarian regimes, and opposition movements that had a long-standing conservative stance on women’s rights. Moreover, other factors that gender scholars argue shape divergent outcomes in women’s rights, like variations in the strength of the women’s movement, were also similar in both countries. What, then, can explain their different outcomes on women’s rights? What might advocates of women’s rights do to get outcomes like those in South Africa rather than like those in Chile? I argue that the key to securing impressive gains in women’s rights is to have an open and inclusive public sphere.

The public sphere is the place where citizens exchange ideas about issues of common concern. It is comprised of institutions like legislatures, political parties and trade unions, and the media. Under authoritarian regimes, the ability of these institutions to publicly challenge the state is severely constrained by martial law and other tactics of repression. However, in preparation for the first democratic election institutions like political parties and the press become centers of public debate. If women are present in these institutions, and if they have the ability to speak out and shape what people like party and trade union leaders and editors advocate, public debate will include discussion about women’s rights.

To be sure, not all women agree on women’s rights. In countries undergoing democratic transitions, however, the status of women is likely to be poor and advocates who want to improve women’s rights are more likely to be marginalized than opponents. Hence a more open and inclusive public sphere will include not only arguments against women’s rights, but also arguments for them. In these instances, politicians running for election will need to take a stand on women’s rights. Those who want to avoid being labeled sexist will respond by supporting some degree of gender reform.

Does the openness and inclusiveness of the public sphere in Chile (1980-1989) and South Africa (1985-1994) explain their varied outcomes in women’s rights? I find that it does. Women in South Africa were not only present in institutions like political parties and trade unions, they were able to speak out, be heard, and challenge the status quo in these institutions to a much greater degree than women in Chile.

South African advocates of women’s rights spent years organizing within the various wings of the liberation movement for greater access, voice, and capacity for contestation in these institutions. Whenever and wherever they made advances they fought tenaciously to convince their leaders that women’s rights mattered and were a useful weapon against the apartheid regime.

In Chile, advocates of women’s rights had much less success organizing women within trade unions, and although women were present in political parties they were unable to open the internal party structures to broader deliberation. Women’s participation in shaping the gender agenda in Chile was thus constrained by male party leaders. These leaders endorsed a handful of moderate reforms on women’s rights just prior to the election, and thus put pressure on Pinochet to change government policy in a modest fashion only. Alternatively, in South Africa, the ANC and trade unions strongly endorsed women’s rights in 1990. That put pressure on the apartheid National Party to significantly change government policies prior to the famed 1994 election that won Nelson Mandela the presidency.

Although gains in women’s rights made during the pre-transition period frequently persist after the first democratic election, debate conditions are dynamic. By 1999, ANC governing elites had centralized their control of the party and co-opted women’s voices and capacity for contestation not only within the party, but also across most organizations in civil society. In contrast, debate conditions in Chile have gradually improved as the culture of consensus that dominated during the transition gradually dissipated. Not surprisingly, advances in women’s rights in South Africa have stalled, while in Chile they continue to progress.

The lesson for advocates of women’s rights is clear: they must organize early within the leading institutions of the public sphere; demand greater access, voice, and the capacity for contestation within these institutions; and fight to maintain the openness and inclusiveness that they win. In short, advocates of women’s rights must organize before the transition to democracy and advocate for high quality democracy in the leading institutions of the public sphere.