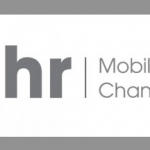 Sierra Leone is gearing up for elections in November, but many commentators are concerned about the prospects for political violence. How can we promote peace, security and democracy in Sierra Leone’s November elections? Journalists for Human Rights has proposed an answer that we thought we should bring to your attention.

In a recent report by the UN Security Council, observers warned that there is threat of political violence in Sierra Leone’s upcoming presidential elections and that this election will be the ultimate test for democratic maturity in the country. In a country that endured a 14 year civil war, ending in 2002, citizens fear that if democracy is not respected in the upcoming election they could go back to where they were more than ten years ago.

So how can the country ensure non-violence, security and democracy during such a volatile time? Journalists for Human Rights (JHR), Canada’s leading media development organization, has an answer.  Use the power of the media.

Given the vital role that media plays during an election, JHR believes that the media could mean the difference between a bloodless transfer of power and a return to violence for the country. Through training local journalists how to cover elections accurately and fairly, JHR works to ensure that the media does not become mouthpiece for corrupt politicians trying to sway the vote and incite violence.

JHR believes in the power of the media as a tool for promoting democracy, peace and human rights. The organization is committed to building the capacity of local journalists to report ethically and effectively on human rights and good governance issues in order to ensure the media can play its rightful role as a referee between state and civil society.

JHR has a strong track record working in Sierra Leone. Since 2007, the organization has been operating in the country, training local journalists how to report on human rights and good governance issues. During the 2008 election, JHR’s staff was praised by Ibrahim Seibureh, Editor in Chief of national daily theConcord Times, for keeping the tone of election coverage balanced and fair– leading the first peaceful transfer of power in the country’s history.

A reporter with Awoko newspaper, Betty Milton, was promoted to Head of the Elections Unit after receiving JHR training. “We don’t want to go back to where we came from,” she said, “we need JHR here to help train journalists on how to cover the elections.”

To ensure that the work of JHR can continue and the 2012 elections are as stable as the last, JHR has launched the Sierra Leone Election Drive, an online fundraising campaign aimed at raising $125,000 to go directly towards training local journalists during and after the elections. To find out more information about the campaign and to watch a video about the media’s role in the upcoming elections, please visit http://www.jhr.ca/en/sled.php.