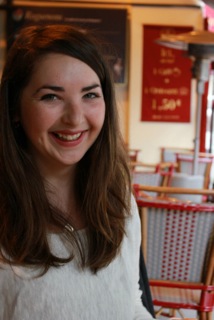 In this blog, Natalie Moss explores Kenya’s 2013 electoral debates and their coverage in the media: what can we learn from the ways in which these debates were conducted? How were they presented in the media? In whose interests were the media acting? Natalie is a PhD student at Durham University, her research examines the history of local government in Kenya, 1947-2002. A fuller version of this article appears in the Journal of Eastern African Studies. All views expressed are the author’s own.

In the musical Chicago, wannabe showgirl Roxie Hart is arrested for murder. Preparing for trial, her lawyer offers some sage advice for dealing with the jury and press in the courtroom: ‘razzle dazzle ‘em’.

In many African elections, it is the resilience of democracy itself that is on trial; this was particularly the case for Kenya in 2013, as the country faced the polls for the first time since the devastating post-election violence of 2007-8. In this context, the ‘razzle dazzle’ of televised presidential debates briefly took centre stage as Kenyan democracy faced the courtroom of public opinion and international scrutiny.

Around a month before the Kenyan elections, the eight candidates took to the podium on two nights to offer ‘their outlook on the issues, their policies and their commitments’.[1] For over six long hours, the candidates were quizzed live on air, on a range of topics, including tribalism, the ICC, personality politics, security, corruption, the economy, land, education, and health. Held in English, the two debates were organised by the Kenyan media, and distributed via eight television channels and thirty-four radio stations.

Whilst the programmes did provide a unique and novel forum for candidates to present their positions on pressing national issues, they were not encouraged to do so in a combative manner. The very fact that all eight candidates participated served to minimise the scope for conflict and division. Indeed actual debate – structured around opposing arguments – was remarkably absent. More a joint press conference than a debate, the go-to answer for candidates was simply implementing the constitution. Ideological differences were difficult to discern, and candidates attacked one another over questions of personal integrity rather than policy. All in all, the shows were constructed to convey an image of friendship and mutual respect between the candidates.

Nevertheless at the end of the first debate, the jury was seemingly in; the Daily Nation published an article declaring that ‘the landmark debate’ had ‘gone a long way towards redefining our politics and entrenching democracy.’

Why was the country’s most popular news outlet so glowing in its assessment of the show? Had the three-hour programme succeeded in redefining the nation’s politics and entrenching democracy? How could candidate debates be a measure of such ambitious and diffuse ideals? The answers, perhaps, lie in the razzle dazzle.

This is because the Kenyan debates first and foremost need to be understood as a media spectacle, in which the actual content of candidates’ exchanges was of secondary importance to the imagery deployed by the organisers. The debates took place in a plushy private school, located in the wealthy Nairobi suburb of Lavington. They saw the eight candidates line up line in front of banners of State House bathed in red, white and blue; the colours of foreign democracies. They were prefixed by what amounted to a tourist advert for the nation and concluded with moderator Julie Gichuru proclaiming that the eight candidates were surely united in their belief that Kenya is ‘a great country…poised for incredible growth’.

The image-based portrait of Kenyan politics that the debates offered was consciously designed to confound expectations. The shows stood in stark contrast to the far more ubiquitous electioneering platform found across the continent: the political rally. On the debate floor, candidates were – in theory – to be judged by their position on the issues, not on their personality or ethnicity. By holding presidential debates, Kenya had, according to one journalist, ‘benched the old, tried and tested mode of hurling insults (and stones) at each other before cheering mobs’, and was embracing an alternative form of politics, different in both style and substance. Al-Jazeera agreed, writing that, through the debates, ‘the stage was set for a new chapter to be written in the history of Kenyan politics.’

This new chapter was ushered in thanks to the guiding hand of Kenya’s three leading media houses: Royal Media Services (RMS), the Standard Group, and the Nation Media Group. These giants of the national – and indeed regional – media landscape came together ahead of the elections to promote the debate’s agenda. They sought to minimise the involvement of donors and politicians in the lengthy negotiations, so as to ensure that the debates were viewed as independent, non-partisan and locally owned. They enlisted four of the nation’s most esteemed journalists to moderate the contests and probe the issues determined to be of greatest concern to the country.

The media was motivated by a number of objectives in staging the shows. Firstly, they hoped to move national debate regarding the polls away from ethnicity and the ‘tyranny of numbers’, to a focus on issues. Secondly, the organisers sought to use the debates as a vehicle for encouraging peaceful elections. This objective influenced many of the decisions made regarding the debates, and indeed permeated every aspect of the media’s elections coverage, as Michela Wrong has argued. Thirdly, the debates were produced to promote the nation itself. They were highly stylised media events, carefully coded to convey the message that Kenyan democracy is maturing and that the nation is back on track. These messages were communicated through the choice of studio, the set design, and the very way in which the debates were structured, staged and scripted. They explicitly drew on their American counterparts to signal to viewers the positive direction Kenyan politics is moving in. In short, they were as far away as possible from the images of violence and chaos that had circulated the globe and haunted the nation since 2008. For all those anxious about Kenyan stability, the message was resolute.

These three aims sit together rather uncomfortably, and this raises some interesting questions about role of the press in elections, and the complex dilemmas the media face in post-conflict states. Kenya’s media considered it their duty to make a positive contribution to the electoral process: to go beyond merely reporting events and instead tried to shape them. They chose to do this through presenting to voters and foreign observers an image of the presidential campaigns, which conformed to what they saw as international election norms. Through recasting Kenya’s political culture in this aesthetic way, the media sought to reassure anxious citizens, investors, and donors. Furthermore, and ultimately most troubling, is the fact that the media also sought to clear Kenya’s name in the courtroom of public opinion. When this is the role the media stakes for itself in the democratic process, you have to wonder: whose interests are they representing?