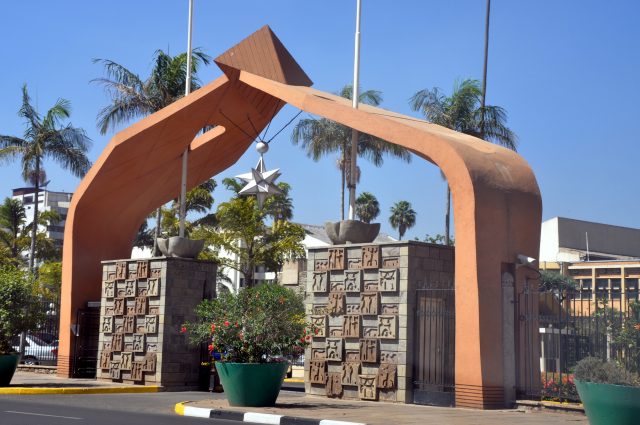 Nic Cheeseman takes a look at the recent contestation over the Electoral Commission in Kenya, in which protesting citizens were brutally repressed by the police. Nic asks what the chances are for meaningful reform and what this tells us about Kenyatta’s personality as president.

President Uhuru Kenyatta is not a leader inclined to sacrifice his allies in return for an easy life. Indeed, personal loyalty has been one of the trademarks of his time in office. When faced with calls to replace the Cabinet Secretaries (Ministers) responsible for national security following the government’s poor response to the Westgate terrorist attack, he held firm despite widespread domestic and international criticism. He has also remained loyal to Deputy President William Ruto, despite the fact that many people from Kenyatta’s Kikuyu community would like to see his Kalenjin running mate sidelined now that the threat of prosecution at the International Criminal Court – which is what initially brought the two men together – has ended.

What is not clear, however, is whether this is a commendable trait born of a deep personal commitment to friends and colleagues, or a stubbornness that means that he fails to respond effectively to institutional and individual weaknesses. There are certainly a number of instances in which President Kenyatta’s refusal to compromise appear to have had more to do with what is politically expedient than friendship. Take the example of the Independent Electoral and Boundaries Commission (IEBC). Despite failing to effectively manage the 2013 election and having presided over a body that has been found to have suffered from widespread corruption (procurement scams were rife in the interim IEBC that preceded the current Commission), Chairman Ahmed Issack Hassan is still in place.

In May, with the next general elections 16 months away, the lack of reform of the IEBC became a target for mass opposition protests organized by the Coalition for Reform and Democracy (CORD). These weekly events led to considerable unrest in downtown Nairobi as well as in Kisumu and Siaya. The response of the state was brutal: in Nairobi police have been recorded beating and stamping on isolated protestors who were lying face down at the time. In Kisumu and Siaya, the police used live rounds, resulting in the deaths of at least three people. In turn, the violent repression of the protests – in contravention of the Bill of Rights in the 2010 constitution – has led to a further polarization of the political debate.

In defending his position, President Kenyatta has fallen back – as he often does – on the need to follow and protect the rule of law. On this account, the opposition protests are unruly and a threat to national unity: they therefore do not constitute a legitimate way in which to force a change in the composition of the electoral commission, and merit a hardline response.

However, despite this stance Kenyatta and other leaders within the Jubilee Alliance agreed to open negotiations with CORD leader Raila Odinga towards the end of May. This move appears to have been driven by two developments. First, the opposition announced that it would postpone its protests for two weeks to make space for national dialogue. Second, CORD’s tactics appear to have significantly increased the pressure on the government – from donors, local businessmen, and civil society – to find an inclusive solution to the problem of the IEBC.

So far, the talks – and a parallel process running in parliament through the Justice and Legal Affairs Committee – have yielded some progress. There is now an agreement that the next set of Commissioners will be appointed by a committee that will feature two representatives selected by the government, two by the opposition, and a further three who will be appointed by the Public Service Committee. At the same time, the deadline for election petitions to be submitted has been increased from 14 to 30 days. This is important, because it makes it more likely that the opposition will be able to put together a viable case, and hence more likely that they will pursue their complaints through the courts rather than on the streets.

However, so far there has been no agreement on the most important issue: whether the Chair and other figures who presided over the 2013 debacle will be replaced ahead of the 2017 elections. This is the critical issue in terms of rebuilding the trust of the opposition in the electoral process. If President Kenyatta’s reputation is anything to go by, this is likely to be a compromise that he will resist as long as he can. Which means that further opposition protests and urban unrest cannot be ruled out.