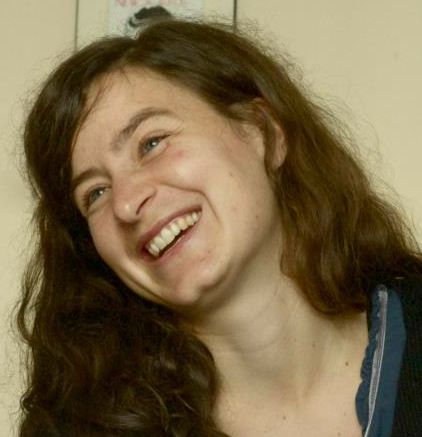 This month, we will be starting a series on security in Nigeria. Our definition of security will be broad, as is our interest in the factors that drive it. As part of this series, Hannah Hoechner explores the ways in which poverty is shamed and hidden in Nigeria. She questions the connections and disconnections between young people’s struggle for dignity, their attendance of Qur’anic schools, and involvement in movements such as Boko Haram. Hannah is a post-doctoral researcher at Laboratoire d’Anthropologie des Mondes Contemporains. This research has recently been published in Africa.

“Your family eats their porridge without soup!” said a barefoot, maybe seven year-old boy in a football jersey several numbers his size. He explained that this sentence was a good example of an insult. Jokingly I had complained to the children in Albasu, a village in eastern Kano State in northern Nigeria where I lived for four months researching traditional Qur’anic education, that nobody had gone to the trouble yet of teaching me swearwords in Hausa, the region’s lingua franca. As I did not want to risk failing to even notice potential insults, I sought to mend this gap in my language skills.

I was surprised to learn that children in Kano accuse each other of poverty when they quarrel. Two thirds of Nigeria’s population live below the poverty line. According to recent UNICEF figures, over one million children under five years in Nigeria are acutely malnourished. In Kano State, over half the children under five years are too small for their age. That suggests chronic undernutrition. Even millet porridge with soup may not provide the necessary balance of essential nutrients and vitamins necessary for physical growth and cognitive development, nutritionists warn. Many families simply cannot afford meat or fruit.

Why do children experience poverty as embarrassing and even insulting? Many poverty researchers urge us to conceive of poverty as a social experience. Society defines what people need to possess in order to be able to participate in the life of the community without feeling shame. Those who do not have the necessary resources are looked down upon. At best, they are pitied for their bad luck. More frequently, they are vilified as lazy, witless or parasitic. Poor people are aware of such negative stereotypes and therefore feel ashamed of being poor. Their absolute income matters less than their situation relative to the rest of society. To some extent, we all interiorise the expectations of our social environment – even if we stand no chances of meeting them. Many poor people, therefore, seek to hide their poverty.

The larger the gulf between the poor and the rich, the more difficult it becomes to save appearances. Since the 1980s, income differences in Nigeria have been growing ceaselessly. In 1980, one in four Nigerians lived in relative poverty. That is to say, one quarter of Nigerians lived on less than two thirds of mean per capita income. In 2004, one in two Nigerians fell into this category.

Inequality makes itself felt in all domains of life. It is well known, for example, that children from different social strata rarely attend the same school in Nigeria. Those who can afford it send their children to private school. Many parents in rural northern Nigeria enrol their sons in traditional Qur’anic schools where they live with an Islamic teacher and beg for their daily subsistence. These parents often struggle to finance a modern education for their children. Officially, basic education is free, but in reality it implies recurrent costs. Textbooks, writing materials, and uniforms need to be bought. Teachers levy informal charges to mend their meagre wages. Many poor farmers need their sons to help them till the fields during the farming season, and few schools are geared toward students who are absent for the better part of a season.

Off the record, I discovered more complicated life histories. I heard of cases where parents had been ill and households financially strained around the time a boy was sent off to Qur’anic school. I learned about the death of parents, which triggered a son’s departure. Of course many boys enrol in Qur’anic school without there being an acute crisis in their family. Nonetheless, the question remains: why do young Qur’anic students not speak openly about difficult circumstances at home? The negative connotations of poverty provide a clue.

That the Qur’anic students prefer to portray themselves as seekers of sacred knowledge rather than as victims of economic injustice comes in handy for the better-off in society. The constituencies of the traditional Qur’anic schooling system are routinely accused of being culturally ‘backward’ and of lacking appreciation for modern education. Describing them in such terms makes it possible to eschew uncomfortable questions about the inequitable distribution of wealth within the country.

In the context of the Boko Haram crisis in Nigeria, poorer segments of society serve as scapegoats, too. They have been led astray ideologically, we read, and now they provide the ‘cannon fodder’ for the insurgency. Many people also assume that, given their deprived living conditions, traditional Qur’anic students make for easy Boko Haram recruits. How founded are such accusations? To date still little is known about who actually supports Boko Haram. Suppose that poverty is a chief predisposing condition, how do we account for the millions of poor people who have not joined the sect? If Qur’anic schools are major recruitment grounds, how do we explain that a fraction of the 9.5 million children who attend such schools across Nigeria, at most, become Boko Haram members?

Take religion, preferably Islam, add poverty, and the mixture will be explosive – this is the formula through which many popular writers seek to explain the conflict in Nigeria’s northeast. The experiences described here make plain how simplistic such a storyline is. Religion, after all, is extremely versatile. For the young Qur’anic students in my research, it served amongst other things as a source of dignity – a dignity which discourses that scathe the poor deny them. It is clear that we still have a long way to go before we can begin to understand the varied ways in which people may engage with Boko Haram, and the nexus of factors that drive these interactions.

[1] An earlier version of this piece was published in the Nigerian Weekly Trust on 12 April 2014: http://www.dailytrust.com.ng/weekly/index.php/my-thoughts-exactly/16184-3