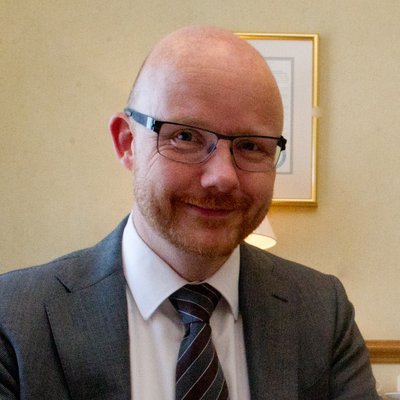 In this article, James Smith explores the questions that we should be asking about global health as the Ebola is brought under control in East Africa. James is Vice Principal International at the University of Edinburgh and Professor of African and Development Studies.

While the current outbreak of Ebola in West Africa is showing signs of slowing and being brought under control (with case incidences reducing in Guinea, Liberia, and Sierra Leone and Mali recently being declared virus free) it has been at considerable costs, with almost 22,000 cases and over 8,500 deaths reported. This human cost, and the nature of our reaction to the outbreak, has rightly generated much talk about the collective “failures” to pre-empt and control disease.

Alongside an initially slow international response, much blame has been placed on weak and ineffective health systems in sub-Saharan Africa. While largely true, this is of little help in thinking through what to do next. Clearly, effective systems that can ensure healthcare provision and disease surveillance would be ideal but remain a longer-term project in sub-Saharan Africa (and elsewhere). It is important to reflect on what ‘weakness’ is in this context: A lack of political will? A lack of resources? A lack of technical knowledge? Unpreparedness? ‘Sloth’ and ‘weakness’ are, in themselves, not terms that will help us generate strength, speed or insight.

A further complication is that zoonotic disease such as Ebola, where pathogens cross between humans and animals, often have complex transmission patterns that are not always fully understood. The epidemiological intricacy of diseases like Ebola, cysticercosis, rabies or Human African Trypanosomiasis (sleeping sickness) in an increasingly mobile world not only frays the edges of health care capacity in Africa, but also exposes the broader global health apparatus in which they exist.

The apparatus of global health

We are witnessing a period of unprecedented innovation within global health – institutional, scientific, technical, political. Innovation suggests new ideas and approaches, but it also infers tension and discordance. New forms of partnership, and new networks of interest groups and lobbies have emerged in response to massive acts of philanthropy and the huge increases in donor aid that have been driven in part by the Millennium Development Goals (MDGs) and will, to a lesser extent, continue under the Sustainable Development Goals (SDGs). These emergent organisational forms and new resource flows intersect with traditional actors – the World Health Organization, the United Nations, donors, and states – as well as being informed by new datasets, new drugs and new developments.

Concerns over the inefficiencies, efficacies and tensions within the extraordinarily complex world of global health governance are not new. Likewise, there has been much discussion over the possible tensions between sustainable health systems and vertical interventions or humanitarian interventions, the opportunity costs between shifting health priorities and the favouring of certain types of interventions or targets over others. The inexorable focus of funding for HIV, malaria and tuberculosis are illustrative.

The current Ebola epidemic, completely unprecedented and unexpected in terms of scale and impact, brings into sharper relief two central health governance issues. One is the absolute limits and huge inequalities between health systems not just globally or continentally but within different regions in Africa. Two is the ability of these systems, at all levels, to tackle complex emergent diseases in multifaceted, fluid contexts.

The combination of fragmented, overlapping and sometimes contradictory health policy, priority and capacity together with disease outbreaks unexpected in their extent or risk presents an opportunity for new policy ideas that promise to capture and coordinate complexity.

In response to future complex, zoonotic (and potentially global) infections the “One Health” approach has emerged. One Health – in which human health, animal health and environmental factors are monitored and addressed in an integrated manner – has gained some traction following the Avian influenza outbreaks that began in 2003. Turning the Geneva-based aspirations of co-ordination and planning into an African policy reality – harnessing multiple government actors, international organisations and other actors – presents significant challenges.

One Health approaches were always like to gain support. Their conceptual fluidity and potential to knit together resources and concentrate power, or allow certain groups to make claims for hitherto unavailable resources, was always likely to prove influential. This conceptual flexibility is not limitless, however. It favours globally contagious disease, it promotes emergency intervention, it prioritises scale, and it values organisational and systems capacity. One must filter the white noise of aspirational One Health talk if we are to decide on what a One Health approach to the control of infectious diseases like Ebola should look like.

This raises important questions around the relationships between convergence and scale, about how global ideas around convergence and integrated approaches to zoonoses translate to the practicalities of national coordination and local activity. This relationship, which traces the global health double-bind of responsibility and resource must be understood and re-calibrated if we are to both pre-empt and manage complex infectious disease outbreaks and assure that citizens of African countries have access to the types of sustainable, readily available health care that both underpins global goal and sustains life and livelihood.

We are hopefully entering the end stages of the first international Ebola outbreak. We will learn specific lessons about treatment, diagnostic algorithms, and disease control. This instrumental knowledge, this hardware, this interventionist approach needs to be entangled in local contexts and the nation state. To actively avoid of national and local politics throttles the potential of treatment as absolutely as any epidemiological blind spot.

Critically thinking about the systems, in their totality, that shape, frame and drive effective health care in relation to specific disease outbreaks in Africa requires the intellectual will to transcend disciplines and received ways of understanding global health. If we equip ourselves to do that, we will not only begin to ask the right questions, we will begin to make the right difference.