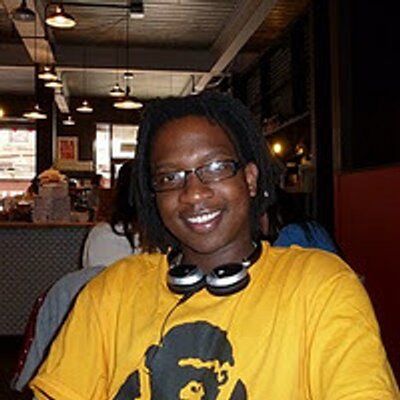 In this blog, Simukai traces back some of the historical roots of the Ebola crisis and other public health crises. Without understanding the political history of public health, he argues, we are not able to understand the current crises or successfully tackle health challenges in the future. Simukai Chigudu is a doctoral candidate in International Development at the University of Oxford where he is also a Weidenfeld Scholar.

It is impossible to look back on 2014 without thinking about the devastation caused by the deadly Ebola virus. The disease’s polymorphous presence simultaneously exposed fundamental weaknesses in West Africa’s public health infrastructure, militarised public space in parts of the region, re-ignited Band-Aid’s charity pop, and agitated Western fears of a global pandemic. The media and public reaction, to Ebola, unify the above within the manifold metaphor of ‘globalisation’ – a notion that has become extremely fashionable in discussions about health. For instance, we are constantly reminded that pathogens, like Ebola do not respect national borders and, therefore, what happens in one part of the world should concern us all. This cognisance of globalisation has compelled us – as medical professionals, policymakers, journalists, scholars and citizens – to think deeply about how we understand the geography of health and it has also provoked debates about the relative importance of biological versus social factors in public health challenges; the nature of health inequities within and across countries; the criteria for allocating scarce health resources; and even the definition of what health actually means. But crucially, these commentaries lack an appreciation of globalisation across time. The Ebola outbreak cannot be read solely in contemporary terms: as a (potential) pandemic brought on by a world of ever-greater connectedness. Health challenges (like Ebola and many others hidden from the media spotlight) and responses in Africa have, in fact, been shaped by longer histories, ideologies and political practices.

In this brief piece, I want to historicise public health and health systems development in Africa. I will do so by outlining five major historical phases of health intervention in Africa. These phases are all characterised by two dominant themes: ‘top-down’ control (divorced from local concerns and realities) and health-system fragmentation. This history has a fundamental bearing on how public health has emerged in Africa today, it helps explain why Africa’s health systems are often so ‘fragile’, and it presents a cautionary tale for us as we seek to respond to epidemics and pursue strategies of health systems strengthening.

Up until the 1920s, colonial authorities across almost all of Africa set up rudimentary health care facilities and implemented meagre public health measures. They concentrated their activities on addressing the health needs of settler populations and only attempted to combat more widespread epidemics of infectious and tropical disease that threatened pools of native labour and their economic productivity. During this period, interventions, especially disease eradication campaigns, were at best paternalist and more typically coercive and violent. Late colonial states did adopt broader strategies of development and welfare for the native Africans, primarily as a means of buttressing their waning political authority, but such strategies were still guided by paternalist logic and were truncated by decolonisation.

From the 1950s to the 1970s, postcolonial African states pursued economic growth and social goals, such as education and health, as a central part of ambitious developmental, nation-building projects. The post-war period also saw the emergence of ‘international health’ led by the World Health Organization, and funded by Western donors. International health, as a new field of practice, concentrated on providing technical scientific expertise to African governments. Population control was a major focus in the 1960s (especially led by United States Agency for International Development) and as an unpopular policy it often became reliant upon forcible implementation. Crucially, as this period progressed, a political tension emerged. On the one side were those advocating ‘top-down’ (or vertical) approaches to public health, bolstered by faith in the state and some successes, like the successful eradication of smallpox in 1979. On the other, were those favouring participatory, community-based and ‘grassroots’ (or horizontal) approaches to public health and development, fuelled by the belief that state-led development encouraged inefficiency, ineffectiveness and brutality. The WHO, in 1978, called for “Health for All by 2000” at its Alma Ata conference. This strategy foregrounded ‘community’-based measures through a focus on immunisation, reproductive health, contraception, sanitation and ‘safe motherhood’.

The drive for horizontal public health policies did not last. Criticised for being overly ambitious and expensive in the midst of the economic recession, “health for all” was undercut by the rise of neoliberalism, market ideologies and structural adjustment policies. It was replaced by “selective primary care”, which focused in on a few cheap interventions requiring little investment in infrastructure. During the 1980s, many national health-care systems were dismantled and health interventions focused more on individual responsibility for health, rather than attempting to tackle the broader socioeconomic and political conditions underlying ill health. This, in turn, pushed more and more people to seek treatment in diverse arenas outside the formal healthcare sector.

The move to ‘roll back’ the state ushered in a host new players in the health sector in Africa, particularly NGOs. In the field of health provision, this NGO boom has led to a poorly regulated health care, and a service offering that is undermined by fragmentation and duplication. By encouraging donors and providers to focus on projects, rather than systems, this shift has created isolated islands of intervention rather than nation-wide development.

These histories have merged with an emergent approach to global health shaped by the fear of crisis and global insecurity on the one hand, and an embrace of humanitarianism on the other (see Andrew Lakoff 2010). The deployment of power through the new global funds and interventions is enormous: in some African countries, the US-led President’s Emergency Plan For AIDS Relief and the Global Fund to fight AIDS, TB and Malaria have more funds than the entire national health budget. Like NGO-led development, these interventions focus on geographical enclaves, particular populations, and ‘hot spots’ of disease. Additionally, they privilege technical solutions to complex health problems, particularly drugs. And thus we see global health regimes deeply interpenetrated by public and private partnerships in which pharmaceuticals, more than social justice or equity, shape the contours and imaginations of public health. Moreover, even though global health initiatives operate within a language of partnership, they have been criticised for drawing resources and professional expertise away from governmental health systems thereby undermining their sustainability (Johanna Tayloe Crane examines this phenomenon in depth in Uganda).

The transnational space in which public health concerns are formulated promotes disparate and poorly coordinated interventions. Meanwhile, the privatisation and marketization of health care has reached new dimensions in Africa, and beyond. The present situation thus involves a multiplicity of actors and collectives, which reduces public health to disease control and targeted interventions (and even this is difficult to achieve in fragmented and uneven health systems), while the rest is left to the private sector.

This is the political situation in which Ebola has emerged. It has demonstrated the disastrous consequences of long legacies of uneven development of health systems. It has exposed the mistrust of health authorities, due partly to histories of control and coercion, and has highlighted the importance of medical pluralism in mediating the relationship between health interventions and African publics. It has also shown that global action is driven by a ‘securitisation’ agenda at the expense of other concerns. Such a paradigm occludes from view the more complex history and political economy that gave rise to the epidemic in the first place. Without addressing the underlying structural, political dimensions of the outbreak, the affected countries will remain vulnerable to epidemics and other important health challenges for many years to come.