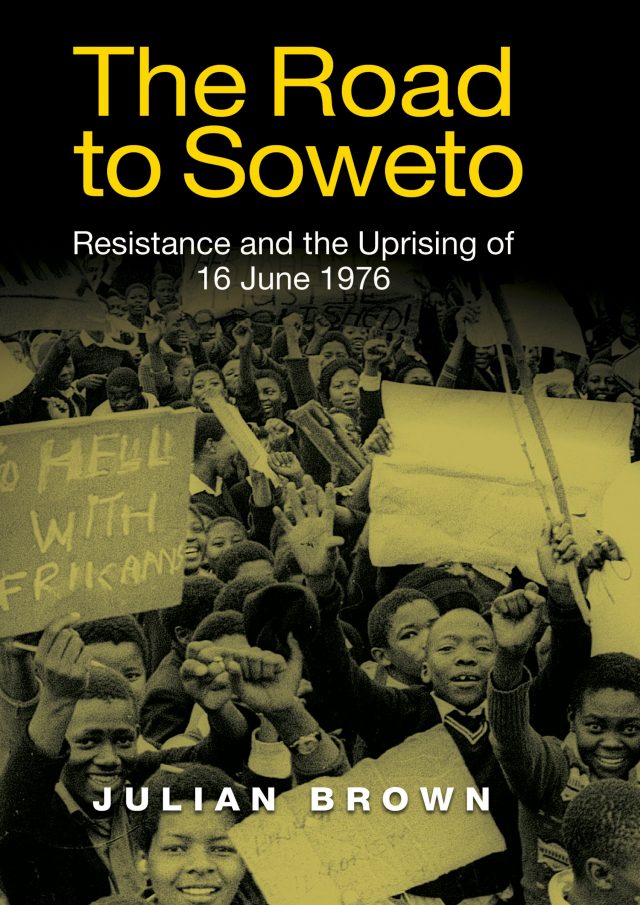 In this blog post, Julian Brown writes about his new book exploring the broader historical and political context in which Soweto emerged. Julian is a Senior Lecturer in the Department of Political Studies at the University of the Witwatersrand, in Johannesburg. He is also author of South Africa’s Insurgent Citizens: On dissent and the possibility of politics.

It’s almost halfway way into 2016, and South Africa is repeatedly in the news – whether for the student protests that have riven universities, or for the legal troubles that once again dog Jacob Zuma. In the present moment, the ruling African National Congress is the site of heated elite contestation and conflict. This is after years of popular protest and localised insurgency on the fringes of the formal political system, and the regular disruption of the governing assumptions of the post-apartheid state. In this moment, it is easy to lose ourselves in the seemingly endless political crisis of the present. Certainly, when I teach many of my students in Johannesburg, this is their preference.

But 2016 is also a year of recollection and remembrance – it is the fortieth anniversary of the Soweto Uprising of 16 June 1976, a date that marks a significant shift in the struggle against apartheid. The Uprising revealed how new forms of dissent and renewed strategies of protest were developing amongst a young generation of activists. The photographs of the dead and dying that sped across the world revealed the violence of the apartheid state for what it was.

The events of the past echo in South Africa’s contemporary politics – but they do not do so in an obvious fashion, in part because the memory of the Soweto Uprising has been effectively attenuated and distorted in the decades since its eruption. If we are to keep the past alive, and to continue to understand how it shapes the present, we have to recover it in its full complexity.

This is what my new book, The Road to Soweto, sets out to do.

Such a recovery is necessary because, in the past four decades, a set of stories about the Uprising have developed. Since the end of apartheid, efforts have been made to incorporate the Uprising into an ANC-centred nationalist narrative. This is based in part on the possible presence of the ANC’s underground structures in Soweto in the mid-to-late 1970s. A larger part of this narrative, though, has been a separation of the Uprising from its context. The events of 16 June 1976 have come to be portrayed as exceptional – as a shattering break from the stultified quiescence of most of the country during the decade and a half after the Sharpeville Massacre of 1960. The actions of the armed movements in the early parts of the 1960s bracket off the start of this period, while the Uprising marks its end. Within this frame, political resistance is defined by its links to the ANC.

The Road to Soweto, though, starts a dozen years before the Uprising, with the awkward attempts of students in the National Union of South African Students (NUSAS) to keep some form of public dissent alive in the wake of the devastating state crackdown on African opposition in the first years of the 1960s. Over the next five years, NUSAS would sponsor protests on university campuses and disrupt the apartheid state’s efforts to assert an imagined hegemony over South Africa’s white population. NUSAS’s protests were limited, however, by the organisation’s limited understanding of the racial and class tensions that were shaping the different experiences of white and black students at the time. The emergence of the South African Students’ Organisation (SASO), alongside the idea of Black Consciousness, exposed these limits and radically expanded the possibilities for dissenting politics within South Africa’s own borders.

These new possibilities helped to shape the rebirth of a labour movement in the early 1970s, as students in both NUSAS and SASO sought to engage with workers after the highly public disruptions of the Durban Strikes in 1973. In the years between these strikes and the Uprising, protest and dissent moved from university and factory workspaces into the streets of South Africa’s major cities – and became, throughout, increasingly radical and often confrontational.

By the time of Uprising, these different strands – white student activism and black student organisation, new ideologies, renascent labour movements, and occasional mass protest – were weaving themselves into a network of resilient connections, in which different classes and racial identities could come together, split apart, reinforce each other, and work in solidarity against apartheid. Over these years, dissent became increasingly public – and increasingly visible – not only to the state, but also to the broader white electorate, and to anyone following South Africa’s politics.

It was in this context that the uprising of 16 June 1976 took place – but not as sudden explosion, and not as an unpredictable shattering of an existing quiescence. Instead, it was the culmination of years of struggle and protest, of the emergence of new ideas and ideologies, of the renewal of methods of action, and the discovery of new sites and practices of solidarity. Protests had been was reported on and discussed, thought about and condemned, and the state had taken many opportunities to test out different approaches to policing, before once again settling on brutality.

When seen in the light of these connections and precedents, the Soweto Uprising is comprehensible as part of an ongoing practice of dissent and rebellion. The period before no longer seems to be a time of quiescence, or submission. It was instead a time of experimentation, of fervent activity, and of intellectual and self-definition for many different groups in South African society. When returned to its context, the Uprising cannot be seen as an exceptional and unprecedented explosion of protest. Instead, it is a moment of catalysis – a moment in which a decade’s worth of political experiment finally clicked together, and exceeded its earlier limits.

This is the story that I tell in The Road to Soweto, and it is in light of this story that I suspect we might best be able to understand the convulsive politics of South Africa’s present moment.

When we recover the stories of the bubbling of dissent, and the practices of continual self-definition through activism that shaped the 1960s and 1970s, then we have a new range of stories to tell about the renewed wave of dissent that is shaping South Africa’s present. We have been in the habit of looking for exceptional events to transform political norms in an explosive moment of change – using the image of the Soweto Uprising as a prime example of such a moment. But if we see the Uprising in the light of the manifold events that shaped and enable it, then we can also see the events of the present – protests, insurgency, political contest – in a different light.

None of these action in themselves necessarily constitute radical political change. But they do create a context within which political possibilities are being continually expanded, and in which the limits of what is politically imaginable are being challenged, eroded, and remade. They are creating the context for a political transformation.