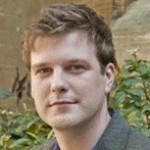 With Rwanda’s ever-controversial Gacaca courts coming to a close last month, commentators have been avidly debating their achievements and their legacy. In this opinion piece, Will Jones searches for analytic sense between the cutting critiques and vociferous praise of the courts’ detractors and supporters

In June of this year, Rwanda completed an experiment in post-conflict justice without parallel anywhere in the world. Since 2001, roughly 11,000 courts in every corner of Rwanda have been meeting to work through the caseload of crimes left by the Rwandan genocide, in which some 800,000 Tutsis and their perceived Hutu and Twa allies were systematically murdered. These courts met weekly. They have processed approximately 1.9 million cases –some 400,000 suspected perpetrators of genocide. They have done so at a cost of roughly $40 million dollars.

The institution behind this, the Gacaca Courts – a neo-Traditional reimagining of a traditional justice mechanism for resolving small scale disputes – was presided over by over 160,000 locally elected judges, or inyangamugayo and explicitly barred lawyers from its proceedings. The overwhelming majority of those convicted (some 65% of all those put on trial) received commuted sentences, usually to community service. This being Rwanda, it can be taken for granted that gacaca is the subject of deep and hopelessly polarized debate.

For many within Rwanda, gacaca is a synecdoche of Rwanda’s triumphant rise from the genocidal ashes. The Rwandan journalist Arthur Asiimwe, in Kigali’s New Times, wrote on June 21st that ‘if gacaca had never existed, we would probably never have seen the kind of progress we see in Rwanda today. Instead of spending on schools, hospitals, roads, and other basic infrastructure, the money would end up building prisons, feeding the prisoners, and paying more judges… Rwanda would still be trapped in a web of conflict, hatred, mistrust and revenge killings…its contribution transcends the entire geo-political spectrum’. This kind of extravagant praise is not uncommon. Gacaca is held to have comprehensively met its stated aims (expediting the post-genocidal justice process and delivering comprehensive prosecutions of those responsible for crimes of genocide), and also delivered reconciliation, created a vast repository of testimony from across the country on the genocide, and fostered catharsis and healing.

Dismissing these accolades, a series of international advocacy organizations (notably Human Rights Watch and Amnesty International) have queued up to criticize Rwanda on a variety of charges. Chances of obtaining a fair trial were jeopardised by the use of largely untrained judges, and the exclusion of lawyers violated rights to legal representation. Due to case backlogs, those who were innocent but accused were tempted to invent confessions of genocidal crimes because the sentence – community service – appeared more bearable than the indefinite imprisonment before a pending trial. Finally, they argued, this process was highly politicised. Some charges were trumped up or influenced by the Rwandan government’s desire to silence critics. Meanwhile, tribunals did not punish those criminals currently in the government for war crimes allegedly committed at the same time.

The problems with these criticisms is that they rarely distinguish between sensible critique and intemperate mudslinging. Human Rights Watch once compared gacaca to Guantánamo Bay. This is a pointlessly inflammatory accusation.  It is also a surreally inappropriate analogy for a laundry list of reasons. To pick two: the United States is the richest country in the world with a (basically dysfunctional but nonetheless) pre-existing system of law. Rwanda remains, by contrast, one of the worlds poorest countries, and one in which the legal system was almost completely destroyed or otherwise compromised during the genocide. Were judges poorly trained? I have no doubt that many were. What, precisely, was the alternative? To say that the challenges were enormous does not begin to hint at the scale of the problem Rwanda faced, nor the paucity of the resources given to them to deal with it. Secondly, Guantánamo is one site administered by the central state, whereas Gacaca is 11,000 different courts which were locally run. As Phil Clarke, the foremost scholar of Gacaca points out, Gacaca was subject to immense variation from village to village. If you went looking for a court which was used to intimidate anti-RPF elements, you would probably find one sooner or later. However, Clark’s copious research indicates that such cases were probably the exception, not the rule.

The alternative to Gacaca that critics implicitly propose (but rarely explicitly state) would be an international tribunal held to the highest possible standards of international justice. However, justice systems run in this way are expensive, slow, and far less participatory. Across the border in Arusha, the UN’s International Criminal Tribunal for Rwanda creaks on with a grand total of 92 indictments (far fewer completed cases) and a budget running to two billion dollars. The general estimate for how long it would take such a system to process the 130,000 or so imprisoned subjects is roughly a century. Or, if you prefer, most génocidaires would have died in prison before trial, along with a considerable number of innocent people. Almost all survivors would not live to see justice, and in any case, in what sense could a community ‘own’ a trial happening 500 miles south in another country? The amount of money this would require does not bear thinking about. As the journalist Gerald Kaplan wrote, ‘none of these practical issues, none of these self-evidence constraining realities, ever seemed to interest Gacaca’s critics, as they repeated their harsh dogmatic criticisms time after time after time’.

These polemic critiques damage the credibility of international organisations like Human Rights Watch and Amnesty International. More importantly though, they crowd out sensible and important criticisms. It is absolutely fair enough to highlight that there is – at minimum – a case to answer concerning possible RPF war crimes. These cases have not been heard by any court. This is not just important for justice, but also a source of genuine resentment for many Hutu. It’s not clear that Gacaca is the appropriate legal forum for such cases, but a forum must be found.

It is also fair to highlight that reconciliation in Rwanda is, at best, an unfinished business. Despite official denials to the contrary (usually in the finest traditions of Comte and Pangloss: the Rwandan Human Rights Commission once published a report with the finding that the ‘reconciliation rate’ among Rwandans was 80%. Whatever that means), there were genuine problems with that aspect of Gacaca. Many survivors criticised the lenient sentences handed down to those convicted: community service as penalty for the murder of entire families seems to some – quite plausibly – to not quite be enough. Truth telling was sometimes compromised by the way plea-bargaining in Gacaca created incentives for the accused to confess falsely, either to crimes they did not commit at all, or crimes less serious than those they actually committed. The system also failed to provide compensation of any form for the physical and emotional damage of genocide. Some studies suggest that very few killers expressed genuine remorse, or a willingness to admit to the full extent of their crimes.

However, given the circumstances (imagine trying to found Israel in Bavaria in 1945) it might be thought that what Rwanda has achieved: comprehensive justice (of a form) and reconciliation (to the extent, at minimum, that everyone agrees to go on living together from one day to the next) should be regarded as a great achievement. Any judgment of Gacaca made now should be cautiously positive, but remain provisional. More substantive reconciliation probably takes a lot longer than the ten years Gacaca operated.  The ultimate verdict on whether Gacaca ‘worked’ is unlikely to be made in our lifetimes.