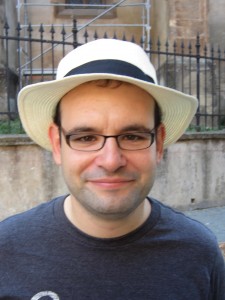 Sebastian Elischer takes a closer look at the recent elections in Niger. He shows that the current division between the opposition and the government are not a recent phenomenon but the outcome of the highly personalist nature of Nigerien politics. Twenty five years after the liberalization of Niger’s political system, Niamey’s political elite shows little commitment to the creation of a stable political order. Sebastian is assistant professor of comparative politics at the University of Florida where he is affiliated with the Sahel research group. In one of his recent publications he examines how various Nigerien governments interacted with the religious sphere. He has also written about Nigerien civil society.

On 20th March 2016 Niger’s incumbent president, Mahamadou Issoufou, won the presidential run-off with 92% of the vote. Hama Amadou, the country’s former prime minister and Issoufou’s main rival, boycotted the vote. Issoufou’s inauguration, two weeks later, marked the end of a fierce electoral battle. The widespread popularity of the electoral commission was an important casualty in this struggle, as was any reputation Issoufou had amassed as an advocate of political accountability.

The most contentious development in the lead up to elections was Amadou’s arrest in November 2015 on the charge of baby trafficking. The politician subsequently was forced to run his campaign from prison. Contradictory decisions by various Nigerien courts make it impossible to determine whether these allegations are true or fabricated by his opponents. However, the arrest of journalists and use of violence to disperse some of the opposition’s rallies bolstered people’s sense that something was amiss. Matters only worsened on polling day, when many voting stations suffered severe delays. Reacting to allegations that the electoral register was inaccurate, the electoral commission allowed individuals to vote without any documentation, providing they brought two witnesses to confirm their identity to the polling booth.

The dynamics of the 2016 presidential contest revealed once more the exclusive, personalistic and fluid nature of Nigerien politics. Mahamadou Issoufou (Nigerien Party for Democracy and Socialism), Hama Amadou (Nigerien Democratic Movement), Seyni Omar (National Movement for the Development of Society) and Mahamane Ousmane (Democratic Social Convention) have all occupied high-ranking administrative positions in the autocratic administrations of General Kountché (1974 to 1987) and Ali Seibou (1987-1991). As Lisa Mueller and Lukas Matthews show, these recycled elites have all served as prime minister or president at some point between today and Niger’s first multi-party elections in 1993. This level of continuity over time can only serve to narrow the political creativity and representation that the government can offer. Little wonder, then, that most Nigerien citizens feel misrepresented by the political class as a whole, rather than feeling wronged by a particular candidate or party.

The evolution of political platforms beyond these personalities has been hampered by the fact that political alliances have remained notoriously feeble. Issoufou’s 2011 electoral victory is a case in point. His triumph only became possible after Amadou supported his candidacy in the run-off. Amadou’s prime motive in doing so was to keep Omar and the MNSD out of the presidency. Amadou’s enmity for the MNSD emerged from a rift back in 2007 when he was removed as party leader – a position he had held for seven years – accused of embezzling state funds. In a sequence of events that fore-shadowed his recent travails, Amadou ended up in prison before he was flown to France for medical reasons. Following the elections, Amadou served as president of the legislative assembly but just two years later his relationship with Issoufou soured: Issoufou was attempting to create a government of national unity, which could have weakened Amadou’s influence within the government. The fall-out that followed was just one of many intra-elite battles, which have destabilized Niger’s political system.

This is not to pretend that all elites are equal. There are important differences between Issoufou and the former president Mamadou Tandja, whose authoritarianism led to the incarceration of critics and attempts at an unconstitutional third term. That said, recent events reveal some similarities between the two, and its important to remember that Tandja began his presidential career as an advocate for a democratic and stable Niger.

Today, as Issoufou repeats a similar rhetoric, many western policymakers are keen to take him at his word: since independence, the country has served as France’s main supplier of uranium. More recently, the fight against Boko Haram, Al Qaeda of the Islamic Maghreb and its various splinter groups have turned Niger into an important military partner of the United States. Now, as ever, western leaders care far more about the government’s stability than its accountability.

Issoufou today likes to portray himself as democratic champion and guarantor of Nigerien cooperation in the fight against Islamic terrorism. Western policymakers fail to realize that Issoufou is as much a product of Niger’s political system as Tandja. To acknowledge these similarities is not to say that Issoufou will refuse to leave office in 2021. It simply serves to remind donors that democracy in Niger is fragile and that Niger’s political elites remain the major stumbling block to democratic consolidation. Recent events demonstrate that Issoufou is not the democratic posterchild that many donors want him to be.

Recently, my Nigerien colleague and leading voice in the debate about Nigerien democratization, Professor Tidjani Alou, called on scholars to stop the Niger bashing. He rightly argues that Niger’s political system has produced a viable civil society, which is committed to democratic norms and exchanges. I share these insights. Any discussion about a political regime must not be confined to elites nor must it ignore the huge challenges countries like Niger face. And yet, it is important to highlight the shortcomings of an elite who persistently fail to mirror the democratic aspirations of their citizens and followers. The conduct of the presidential elections has only served to reinforce the extent and importance of this shortfall.