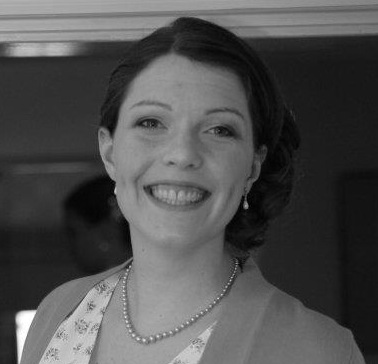 Last December, the South African nation watched as the ANC party conference took place in Mangaung. As the dust settles after the conference, our co-editor SJ Cooper-Knock, takes a look at what has changed for the ANC, and what hasn’t.

The ANC Party Conference in Mangaung at the close of last year saw Zuma hold on to his position as leader of the ANC and, as such, he is likely to be re-elected as President of South Africa following the national elections in 2014. In part, his victory is due to his strengths as a political operator: one who is frequently lampooned but yet to be defeated. However, his victory at Mangaung was equally attributable to the failures of those who opposed him, particularly those of his rival, Deputy President Kgalema Motlanthe.

Motlanthe has been an enigma on the political scene in recent months and years. Initially, this was seen as a strategic strength but, of late, it has been revealed as a political and personal weakness. Despite being called on to run against Zuma for well over a year, Motlanthe only announced that he would accept the nomination to stand in the Presidential election a few days before the vote at Mangaung. Admittedly, he was initially put in a tough spot: it was Julius Malema, then President of the ANC Youth League, and his allies who first called for Motlanthe to oust Zuma. The endorsement of this controversial, rowdy group was hardly the launch that Motlanthe needed. Nonetheless, there were plenty more credible figures in the ‘Anything But Zuma’ group long before the conference who would have constituted a far more credible launch pad for his political campaign.

Ultimately, Motlanthe’s stand in the Mangaung Conference – accepting the nomination for President and withdrawing from the race for Deputy President –  amounted to far too little, too late and he suffered a resounding defeat of 991 votes, to Zuma’s 2,983. Following this result, Motlanthe declined nomination for membership in the party’s eighty-strong National Executive Committee, which makes key decisions within the party in the five years between party conferences. Effectively, this removed him from the upper echelons of party power. His new task within the ANC will be leading the ‘political education’ of its cadres. Nationally, Motlanthe remains the country’s Deputy President, and Zuma has been keen to quash rumours that Motlanthe will step down within the month to make way for his successor within the ANC: Cyril Ramaphosa. However, given the rift between Motlanthe and Zuma and the awkwardness of having a successor in the wings, such rumours remain.

Ramaphosa emerged from firmly within Zuma’s camp to take his new position, and is seen by many as offering the President the same credibility that the reserved Motlanthe did before him. He will also, it is claimed, be comfortable with the tough, day-to-day decisions that Zuma has sometimes seemed reluctant to take.

The raucous applause that met the announcement of his election is testament to Ramaphosa’s popularity amongst the ANC delegates. That said, his election was secured by the fact that the anti-Zuma vote was split between rivals Tokyo Sexwale and Mathews Phosa and Ramaphosa is likely to face some tough days ahead en route to the national elections in 2014.

The leading light of the National Union of Mineworkers in its glory days in the 1980s, Ramaphosa was expert at brinkmanship and a lynchpin in the negotiations that secured the transition from apartheid in the 1990s. Indeed, as the ANC moved into government, Ramaphosa was a contender to succeed Mandela on his retirement. Ultimately, though, he would be politically outmaneuvered by Mbeki and, when the latter became the ANC’s leader in 1997, Ramaphosa moved horizontally into upper ranks of business, becoming one of the most high-profile beneficiaries of Black Economic Empowerment. Since then, he has amassed a not-so-small fortune. Just like the National Union of Mineworkers itself, the material comfort and political clout that he found in post-apartheid South Africa shifted Ramaphosa’s priorities. In fact, both Ramaphosa and the NUM found themselves on the wrong side of the massacre at the Marikana mine in August last year in which police killed 34 striking mine workers: the NUM, for its part, had lost the faith of miners at Marikana because they seemed altogether more comfortable with mine owners than with the workers they were paid to represent. Ramaphosa was even more intimately linked to the mine company, Lonmin, serving as a non-executive board member. When the workers rejected NUM representation, Ramaphosa sent an email to other board members denouncing their actions as ‘criminal’ and claiming that he would leverage his contacts within the cabinet to tackle the situation. The email subsequently emerged in the Marikana Commission of Inquiry, making public the extent to which his loyalties had shifted since the anti-apartheid struggle.

This exposé may have hurt his following amongst the grassroots who have seen little of the ‘better life’ the ANC promised when it came to power in 1994. The massacre itself was met with widespread disgust and disbelief across South Africa. However, the Zuma camp are relying on the fact that Ramaphosa is a corporate to the bone as a source of political capital with middle class voters and business investors, who may have been discouraged by the country having its credit rating  downgraded  for the first time in two decades. Ramaphosa is helped in this task by the fact that ‘wholesale nationalization’ was taken ‘off the table’ at the conference. However, ratings agencies are still worried that ‘strategic nationalisation’ and higher taxes on mining companies remain on the table, and  they have resisted Ramaphosa’s calls to re-evaluate the credit ratings in light of the policy outcomes at Mangaung.

Like Ramaphosa, the remainder of the ‘top six’ positions at the helm of the ANC are also from the Zuma camp: Gwede Mantashe rejoins him as Secretary General and Baleka Mbethe as Chairperson. Jesse Duarte will serve as the new Deputy Secretary General and Zweli Mkhize as the Treasurer General. The National Executive Committee too, is dominated by Zuma’s allies. In the face of his success, those government ministers who headed the campaign against Zuma – notably Tokyo Sexwale, Fikile Mbalula and Paul Mashatile – are likely to step down before the next general election in 2014. As predicted, the tide has also turned against the ANC’s Youth League (ANCYL). Attempts by the expelled former president, Julius Malema, to re-enter the party were decisively rejected. Moreover, Zuma and company look set to put the ANCYL through the wringer in the coming months, forcing them to ‘fall into line’ with ANC leadership.

What was decisively missing in Mangaung, was any convincing sign that the ANC will address the political rot that is undermining the party as a whole. True, there was much grandstanding on the issue of corruption but it was no match for the applause that met the election to the National Executive Committee of Bheki Cele, the former Police Commissioner fired for his ‘dishonest’ contracting of government leases, and Humphrey Mmemezi, former Gauteng Housing MEC who resigned following his personal use of a state credit card. Of course, if we needed any proof that allegations of corruption are no bar to popularity and office in the ANC, one need look no further than Zuma himself, who has been subject to a series of corruption scandals that pre-date his presidency and have continued since. Indeed, the activist Zackie Achmat, leader of the social movement Treatment Action Campaign, has labelled Zuma’s re-election a ‘victory for the corrupt’, threatening to end his twenty-year membership of the organisation. Such disillusionment with the party may also be behind the decision by the long-standing minister Trevor Manuel to decline a nomination to the National Executive Committee, along with government spokesperson Mac Maharaj and anti-apartheid activist Jay Naidoo.

None of this, of course, seems sufficient to unseat the ANC in the next elections. Whilst the electoral share of South Africa’s main opposition party – the Democratic Alliance – has grown in recent years, it only aspires to net 30% of the vote in 2014. As ever, the main threat to the ANC arises from a split in the party, as happened in 2007 when Zuma defeated Mbeki as leader of the ANC. In that instance, a splinter group formed a party called the Congress of the People (COPE). Ultimately, due to strategic errors and leadership spats, it never posed a serious political challenge to the ANC but if such a split were to happen again, it might. At present, this does not seem to be on the cards, and Zuma has been quick to call for party unity. So, rather than electoral defeat, the ANC is likely to face an apathy born of both disillusion and frustration from voters in 2014.