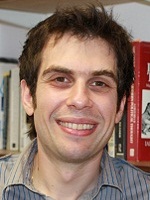 Continuing our New Year: New Questions theme, Clive Gabay explores the idea of the middle class in Africa, building on an earlier blog in the same series from Sara Rich Dorman. Clive is a Senior Lecturer in the School of Politics and International Relations at Queen Mary’s University, London.

As Sara Rich Dorman recently wrote on this site, we have heard and read a lot about Africa’s middle class in 2014. However, the celebration of Africa’s apparently new middle classes dates back further, to the rash of analysis proclaiming Africa’s rise which has been percolating, in its contemporary form, since the late 2000s. Celebrated as both a cause and effect of Africa’s economic growth, they have also been heralded as the root of Africa’s political rise and ‘maturation’.

It is therefore right to step back, as Sara Rich Dorman does, and consider whether this is more than just the projection of a mythologised Euro-centric experience onto African societies. For as much as the African middle classes may be driving anti-graft and pro-democracy protests in places as diverse as Malawi and Nigeria, it is also true that in these places, and others, class mixes with ethnicity to produce complex and counter-intuitive political stances, and that for at least some members of this rising class the keys to state power and resources are proving more attractive than notional principles of democratic right. For instance, Malawi has seen three presidents in the last three years, each one siphoning off those elements of civil society and the business community which supported their ascent to power, leaving discontent to rumble along amongst the divided remnants of these protest movements.

As much as these questions are important, they also feed into a broader set of questions which are worth considering as we push into the second half of the 2010s. If we take a broader historical view, then we can see that this is not the first time that elite groups in Africa have been subject to the optimistic coverage of Western commentary. Indeed, in the late 18th/early 19th centuries, educated Sierra Leoneans were incredibly popular with the British colonial government. They rather rapidly fell out of favour once they started demanding inconvenient things like land and voting rights. In their place came un-Westernised tribal leaders, compliant with British rule and willing to perpetuate colonial governance in return for resources to underpin their legitimacy. And so the procession continued. We know of course that indirect rule, dependent as it was on the reification of tribe and clan, ensured that educated, Westernised, petty bourgeois Africans were viewed with suspicion by colonial authorities. However, by the 1940s the increasing popularity of modernisation theory amongst colonial bureaucrats led to a revision of this position. Tribalism was now viewed as backward, and inimical to colonial development, whilst educated, Westernised Africans were now seen central to the continent’s development.

I would hesitate to call these Africans ‘middle class’, because, as Sara Rich Dorman pointed out, post-colonial African elites formed more of a ‘political class’ than a middle class. Reflective of Western norms concerning the role of the state at that time more broadly (vis-à-vis the morality of the state), it is now not surprising that Western commentators celebrate the emergence and agency of the ‘entrepreneurial’ middle classes as a reflection of the contemporary neoliberal conception of the state as a facilitator of markets and entrepreneurialism. We can perhaps speculate then that the emergence of much of this ‘Africa Rising’ rhetoric about the emergent African middle classes has at least something to do with the sluggish and stagnant performance of economies in the West.

Important questions to ask then include whether this fascination with the African middle classes will become unstuck as evidence mounts that they are as politically divergent (and extraversionary) as middle classes in many other parts of the world. And whether this fascination is a transient stage in the West’s long history of fixating on one particular African social group as vehicles of Africa’s development.