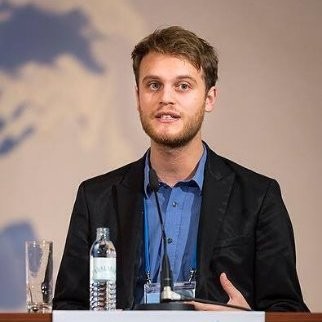 The 71st World Health Assembly (WHA) concluded just over two weeks ago in Geneva, Switzerland. The meeting represented a significant shift in the history of the World Health Organisation, following the election of the first African Director General, Dr Tedros Adhanom Ghebreyesus last year. Indeed, the opening of the assembly had a different feel to the staid events of previous years. A live jazz band and traditional dancers from Southern Africa welcomed over 100 ministers of health, with Dr Tedros joining them on stage to sing “Happy Birthday” to the WHO, which turned 70 this year.

Tedros’ election was the first undertaken using more accountable and democratic mechanisms, with a secret ballot vote by ministers of health from 186 member states after two years of public campaigning. Despite calls for the regional rotation of director generals by countries in the AFRO region having been vetoed, Tedros nevertheless succeeded. As former Minister of Foreign Affairs and Health of Ethiopia, the country’s health policy mirrored its “developmental authoritarian” model during his tenure. Many significant achievements were recorded: cutting deaths from malaria, AIDS, tuberculosis and neo-natal programmes. Tedros was also responsible for capacity building of some 40,000 female health workers, improved standards at the national laboratory, and set up an ambulance system. Yet, Tedros has also been accused of manipulating cholera statistics to downplay the epidemic and, as part of the country’s Tigray political elite, of being complicit in pervasive human rights abuses of opposition and journalists. In his role as WHO DG he has been particularly sensitive to these lingering concerns and has made a real effort to stress the importance of human rights to WHO’s work and been more open than previous leaders to meeting and engaging with civil society organisations.

The cornerstone of Tedros’ campaign for the Director General role was scaling up of  Universal Health Coverage in all countries (UHC). And in many ways, it was perhaps unsurprising that this year’s special guest President Paul Kagame of Rwanda showcased what was possible in terms of progress towards UHC. Over 90 per cent of the population are enrolled in health insurance, through a combination of combination of community-based health insurance, community health workers, and good external partnerships led to the steepest reductions in child and maternal mortality ever recorded. This has contributed to the largest ever recorded reductions in child and maternal mortality and avoided catastrophic out-of-pocket expenditures.

The new 13th Global Programme of Work (GPW) or strategic plan for WHO from 2019-2023 that Tedros unveiled is a bold plan to reform the organisation and make it much more responsive to the needs of countries. The centerpiece of the reforms is the triple billion target: 1 billion people protected from health emergencies; 1 billion with access to universal health coverage and 1 billion enjoying better wellbeing through multisectoral public health action. WHO plans to achieve this through reshaping the organising introducing the ‘flipped pyramid’ moving talent from Geneva to WHO’s regional and country offices. Clearly this is necessary, the failings of the AFRO regional office and country offices were highlighted by WHO’s initially weak response to the last Ebola outbreak. Most countries seemed supportive of the GPW in particular strengthening WHO’s in-country work. What is less clear is whether WHO will be able to mobilise the resources both human and financial to achieve this. And critically, how will governments respond to a more assertive WHO in their own backyards?

“All roads lead to UHC” was the central pillar of Tedros’ election campaign, however it is clear that UHC is to be delivered by national governments. Sub-Saharan African countries have probably the furthest to go with regards to this. Despite governments in the region pledging to spend 15% of general government spending on health in the Abuja declaration, only four countries so far meet this target. Although overall health expenditure has increased, particularly within middle income countries, this is largely driven by out-of-pocket expenditure. In a majority of countries the total amount of government expenditure on healthcare as a proportion of total government spending has shrunk. To end the 11 million inhabitants in the region falling back into extreme poverty each year, there is an urgent need to increase financial risk protection and improving accessibility to high quality healthcare services.

In recent years, Ethiopia and Rwanda have presented some of the most complex political intricacies and moral dilemmas for multilaterals and donors operating in autocratic regimes which nevertheless deliver effective development in a highly ‘technocratic’ fashion. Both have recorded notable healthcare achievements but through their own uniquely articulated vision of state-led development. Delivering on UHC requires political will, and Tedros’ decision to choose Kagame as this year’s special guest was an attempt to demonstrate the feasibility of delivering on ambitious agenda, and to use much of his political capital to try and generate momentum for UHC. Yet, the Rwandan model – while inspiring – will likely prove difficult to implement. Many governments lack the resources and technical capacity to implement such policies, many more lack the political calculus to implement UHC reforms. WHO will have to rethink how to deploy its resources in order to support countries to succeed.

While Dr Tedros seems to have reinspired a new confidence in WHO, the organisation nevertheless faces significant external headwinds. Another Ebola outbreak is ongoing in the Democratic Republic of Congo, and memories of the WHO’s slow reaction to the 2014 outbreak linger. Financing has become increasingly precarious with close to a third of the organisation’s budget allocated to the Polio Eradication Programme, which is due to wind down as eradication is achieved and an over reliance on voluntary contributions from donors that are earmarked to specific programs. The US under President Trump is likely to cut contributions and lobby for a narrower remit and to limit the organisation’s multisectoral action including on topics such as non-communicable diseases, access to medicines and the health risks of climate change. Additionally there had been early missteps by the new leadership appointing (and then quickly rescinding) a goodwill ambassadorship to Robert Mugabe.

The response to the current Ebola outbreak by the new health in emergencies program has been praised by a number of governments and NGOs. A new investment case to meet SMART objectives of the GPW appears to be winning over some donors with Sweden and Germany announcing new un-earmarked contributions. Despite these positive developments it remains to be seen whether the organisation can deliver on its ambitious triple billion target. Some areas of work notably on multisectoral action (influencing health policy outside of the traditional health sphere) are lacking detail. With 184 different countries pulling the WHO in different directions, Tedros has his work cut out. While ‘all roads lead to UHC’ the journey towards the WHO being able to deliver this, respond to the next pandemic and the rest of the goals of the GPW is likely to be a long and difficult one.

Mike Kalmus Eliasz is a medical doctor and global health policy consultant. He is currently working as a medical officer in rural KwaZulu-Natal, South Africa.