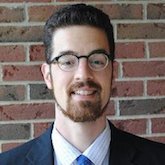 Alexander Thurston argues that many accounts of shari’a law in Nigeria have underestimated the complex politics that surround this issue, overlooked the diversity of Muslim constituencies involved in its implementation, and failed to explore the unstable political alliances between Muslim scholars and elected Muslim politicians. A more detailed account of his research has recently been published in African Affairs. Alexander is a Visiting Assistant Professor on the African Studies Program at Georgetown University.

Starting in 1999, after Nigeria returned to civilian multi-party rule, northern Nigerian states began to implement what politicians called “full” shari‘a, or Islamic law. New penal codes included corporal punishments for crimes mentioned in the Qur’an. The codes also drew on centuries of Muslim legal scholarship, especially from the Maliki legal school of Sunni Islam, to identify a range of crimes and punishments from a particular Islamic perspective.

Shari‘a implementation caused conflict. The federal government and the states tussled over issues like state governments’ establishment of Hisbah forces, bodies that sought to enforce certain Islamic conceptions of public morality by separating men and women in public transportation or smashing bottles of alcohol at bars and shops, for example. In the eyes of President Olusegun Obasanjo’s administration, the Hisbah groups undermined the federal government’s exclusive policing prerogative. Shari‘a implementation also alarmed many northern Christians, who feared that they would face persecution and discrimination in the new legal system. Muslims and Christians clashed in religiously mixed northern states such as Kaduna. Conflict also occurred within the legal system, particularly after lower shari‘a courts issued sentences of stoning against several women accused of adultery. Although the sentences were eventually overturned by upper shari‘a courts, these cases became rallying cries for Nigerian and international opponents of the shari‘a codes.

These instances of conflict over shari‘a have been much discussed. My January 2015 article in African Affairs, ‘Muslim Politics and Shari‘a in Kano State, Nigeria,’ examines a different arena of contestation: the intra-Muslim competition to determine the course of shari‘a implementation within northern states. I argue that the shari‘a project, and particularly the new government bureaucracies created to administer the project, became new sites of political struggle between different Muslim constituencies.

Some analysts have treated shari‘a implementation as a triumph for Nigeria’s Salafis. A worldwide phenomenon, Salafism claims to be purifying Sunni Islam of alleged distortions and heresies that have accumulated since the time of the early Muslim community. Salafism is a widely misunderstood and stereotyped phenomenon, and journalists and policymakers frequently equate Salafism with jihadism, even though Salafis hold diverse positions on questions of politics and violence. With regard to Nigeria, some analysts have simplistically described shari‘a implementation as a marker of radicalization in northern Nigeria and a prelude to the emergence of the jihadi sect Boko Haram.

Salafis did play a role in shari‘a implementation, and Boko Haram did gain some initial support by positioning itself as a hardline advocate of wider Islamization of government and society. Yet a narrow emphasis on Salafis has distracted attention from the wide array of Muslim constituencies that participated in the shari‘a project. These constituencies include the strongly influential Sufi brotherhoods, the Tijaniyya and the Qadiriyya, along with hereditary Muslim rulers such as the Emir of Kano Ado Bayero (1930-2014, reigned 1963-2014). University-based Muslim intellectuals also played a major part in the process. These different constituencies often had greater political impact than the Salafis, who represent a minority of northern Nigeria’s Muslims. In Kano, influential Salafis came to feel sidelined within the shari‘a project and in state politics generally, leading them to take up an oppositional stance toward Governor Ibrahim Shekarau (served 2003-2011), who originally came to power riding a pro-shari‘a platform.

My article examines two facets of the intra-Muslim politics surrounding shari‘a implementation in Kano. First, I categorize appointments to shari‘a-related bureaucracies in Kano, showing that politicians took pains to ensure that all major Muslim constituencies – the two major Sufi orders, the emir’s counselors, the professional and intellectual activists, the Salafis, and an organization called the Council of Ulama – were represented in these bodies. Second, I discuss how the shari‘a project intersected in surprising ways with electoral politics. For example, when major Salafis broke with Shekarau during his first term, they became some of the few Muslim scholars to oppose his re-election; later, major Salafis supported the comeback of former Governor Rabiu Kwankwaso (served 1999-2003 and 2011-2015), even though Kwankwaso also rallied support from groups that Salafis find distasteful, such as the state’s filmmakers. I highlight examples of Salafis’ concern that other Muslims, particularly Sufis, would hijack and distort the shari‘a project. The article also shows that elected politicians had strong incentives to pay attention to Muslim constituencies based on shifting electoral calculations – the numerically strong and institutionally powerful Sufi orders, as well as the emirate hierarchy, could not be ignored.

Many commentators have depicted the shari‘a project as a failure. It did not live up to many Muslim citizens’ expectations as a tool for combating corruption, but it did affect the physical and social landscapes of many northern communities. Shari‘a empowered some Muslim constituencies while further marginalizing other social groups, for example the ‘yan daudu discussed in Rudolf Gaudio’s Allah Made Us. In this way the shari‘a project is still very much a factor in northern Nigerian society and politics. Moreover, questions of shari‘a’s place in Nigeria’s legal system have recurred regularly since independence in 1960, suggesting that Muslims will once more reimagine shari‘a’s role in the future, with further consequences for Nigerian politics.