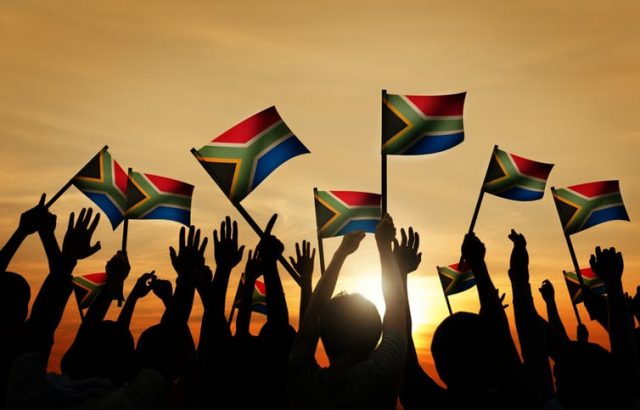 In this post, Co-editor SJ Cooper-Knock talks about her recent work that pushes the boundaries of research on social movements in South Africa by paying greater attention to the everyday citizenship of their members.

In the rich literature that has emerged on social movements in post-apartheid South Africa, there have been many analyses that explore the degree to which particular social movements cooperate with the state or adopt a more antagonistic stance. Some break this picture down further, exploring the degree to which movements are able to cultivate or capitalise upon unique relationships with specific state actors or departments. Those kinds of accounts remind us that the state is, in reality, a collection of individuals and institutions that are often heterogeneous and fragmented, if not in active conflict with each other. This work has helped us to gain a more nuanced understanding of South Africa’s political landscape and the nature of statehood and citizenship within it.

Less prevalent in the literature on popular politics are studies of individuals and the diverse relationships they hold with state actors and institutions as they traverse between social movements and what Raul Zibechi would call ‘societies in movement’. And yet, this focus on ideas, identity, and practice in the midst of everyday life is crucial if we are to grasp what it means to be involved in grassroots politics.

My recent work on South Africa has been exploring the relationship that shack settlement residents had with the state police – what Mercedes Hinton calls ‘the state on the streets’. I explore people’s decision to utilise the South Africa Police Service and the degree to which their decisions were influenced by the everyday politics of living in an informal settlement, and their membership of the shack dweller’s social movement, Abahlali baseMjondolo, a group which fights for the housing rights and the dignity of shack dwellers.

We know, from a broad analysis of post-apartheid South Africa, of the criminalisation of the poor and the militarisation of the police. In the past few years, two incidents of police brutality in South Africa have gained a great deal of international attention: on 16 August 2012, 34 striking mineworkers were killed by the police in the Marikana Massacre and, in February 2013, a video of a taxi driver being dragged behind a police van created a national scandal. These spectacles of violence, however, are not exceptional. Instead, they are indicative of a systemic problem of police brutality in the policing of crime and political-economic protests. In 2010, there were 860 deaths in police custody and 521 police shootings, giving South Africa one of the highest recorded rates of police killings in the world, although the figure has since dropped. From an analysis of Durban politics, we also know about the specific acts of violence that Abahlali have faced since the movement was formed in 2005.

What we cannot tell from these broad analyses is how such trends have been woven into the lives of individual citizens, and how citizens have responded. Individual biographies are important because they provide insights into people’s understandings of themselves and ‘the state’, help us to appreciate how these understandings shift over time and space, and enable us to explore the role that involvement in grassroots politics plays in those shifts.

In my own research, this analytical path has raised and answered questions such as: To what extent is engagement shaped or determined by ideas of legitimacy? Are the police, the government, and the state seen as one and the same entity by citizens? In what ways do citizens distinguish between them, and what repercussions does that have for how they imagine and utilise state institutions? What effects do intersecting identities have on such issues? To what degree is organisational repression felt equally by all members and to what degree do individual pathways of participation within these movements encourage divergent perspectives on the social contract?

The answers to these questions are diverse, and this demonstrates that studying the lives of individual social movement members provides no simple answers about urban citizenship on the margins. However, what it also demonstrates is the need to embrace and explore this complexity, and the themes that it highlights: the importance of political imaginaries, the dexterity with which people delineate between state officials, and the force that collective as well as personal experiences can have on people’s subjectivities.

SJ has also written on this research for blog.politics.ac.uk