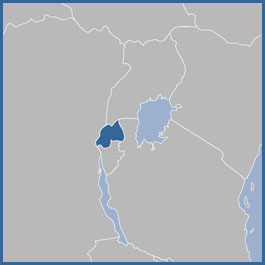 In this blog, Sally Stapleton argues that we must give equal energy to opening space for media voices and improving the quality of the voices that we hear. With that in mind, she tells us about a recent survey that has explored the pay and conditions of journalists in Rwanda.

On April 16, the Rwandan journalism community gathered in Kigali to commemorate over 50 journalists who were targeted for who they were, and for what they stood. A day later, a conference was held in the same city to discuss hate speech in the media, and responsible media reporting in Africa.

For many, this is the enduring association between the media and the genocide: Much has been written about the macabre efficacy of hate media in Rwanda. The repeated exhortations made by certain radio presenters prior to and during the 1994 genocide, urging citizens to go to a specific location to ‘exterminate’ Rwandans can be heard on radio station RTLM’s audio archives.

The legacy of such actions was a reticent press and a journalism and communications department at the National University of Rwanda that focused on teaching media theories, with little practical training, at a time when there were tectonic shifts in technology were fundamentally changing the media worldwide. Consequently, from 1995 to the present, there has been no shortage of week-long journalism training seminars from well-meaning free press advocates and journalism educator groups. Assessing the effectiveness of such training sessions is not the focus of this blog. Nor is the topic of media freedom in Rwanda, which has been a source of great of debate both inside and outside the country.

Here, I focus on a factor that has been relatively ignored in debates over media in Rwanda: the revenue of media outlets and the level of journalists’ salaries. The importance of good wages should be clear: unless the media industry is able to retain skilled, experienced journalists within its ranks the quality of reporting won’t improve. When we look at the future of the media in Rwanda, we need to pay equal attention to both the space given to media voices, and the quality of the voices we hear. Analyzing the employment conditions of Rwandan journalists plays a crucial role in tackling this second issue.

The goal of the Noble Journalist data project, conducted from January to March this year, was to establish the facts behind what has been accepted as truth for the past 20 years – Rwandan journalists are poorly paid. In a study of 100 journalists from seven of the highest-ranked privately-owned radio/TV and online media outlets (in terms of readers/listeners and revenue earners), 43% earn less than $293 U.S. monthly. One third of the respondents earn between $150 and $293 U.S. monthly. By comparison, a Kigali taxi driver, stationed at the capital’s Kanombe International Airport, earns a higher net salary for an average month than 43% of the respondents.1

Forty three percent of respondents say they may get their salaries later than promised due to the media employer’s financial restraints. Once received, a large percentage of this money goes on housing in a city known for its high rents. According to a 2012 World Bank report,  a two to three bedroom house lacking adequate sanitation facilities can cost anywhere from $160 to $400 in rent in Kigali.

Another survey data fact worth noting: Sixty eight percent of respondents have been working in journalism for three years or less. This statistic points to the difficulty media owners have in holding on to talented journalists under the current salary structure. What’s needed is a new way of thinking, one that will enable media managers to attract more revenue at a time when the global industry has buckled under economic pressures.

When asked to list their top four media revenue sectors, Rwandan media managers from the seven participating journalist organizations placed local telecommunications companies at the top of their list, followed by the Rwandan government, beverage companies, and banking, insurance and financial services companies.

There is hope that these revenue streams might expand and diversify:  among 50 of the middle-to-large businesses working in Rwanda surveyed, 53% said they planned to spend more in 2014 than they did in 2013 on media advertising. Undoubtedly, the situation is also helped by Rwanda’s economic growth and the business-friendly nature of the country as a whole: In the World Bank’s ‘Ease of Doing Business’ report for 2013, Rwanda outranked Israel, Belgium, France, South Africa and 163 others. Only 31 countries fared better.

Marcel Mutsindashyaka is a technology entrepreneur who says his biggest problem as founder and CEO at news website Umuseke.rw is ‘only financial. I need to hire skilled journalists, give them a good salary, buy equipment and you need a return on investment.’

Mutsindashyaka was five when the genocide began. He and his two-year-old sister were pulled from a pile of dead and seriously injured victims when a neighbor who was participating in the carnage had a change of heart. Hope is a recurring theme in Mutsindashyaka’s many public addresses.

The legacy of the country’s media was his motivation to launch the news web site in 2011. Umuseke quickly secured the second-highest readership among Rwanda’s online media due to its digital innovation, timely news content and emphasis upon photojournalism. Mutsindashyaka says that gaining this critical mass of readers was easy in comparison to his ongoing struggle to increase media revenue. ‘Our problem is our people (potential advertisers) are not so open to working with online media’, he explained,’It’s new in Rwanda.’

Unless he finds a stable source of income, sustaining the high-quality media output that he generates will be impossible. ‘Maybe someone will come tomorrow’, Mutsindashyaka suggested, falling back on hope.

1. Rwanda Taxi Drivers’ Association President Innocent Ndikuriyo said during a May 2 interview that a Kigali airport-based driver earns an average net monthly salary of  200,000 Rwandan francs or $293.26 U.S.. Based on the current Rwanda exchange rates of 682 Rwf = $1U.S.