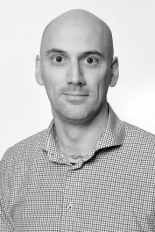 Following the elections in Tunisia, Francesco Cavatorta asks how we should understand the the process of consolidation that is now under way. Francesco is a Professor at the University of Laval.

Writing in late 2013, Steven Heydemann, one of the most prolific and astute commentators of Arab political affairs, argued quite convincingly that Tunisia was the last remaining hope of a successful transition to democracy following the Arab uprisings of 2010-2011. The uprisings initially generated a significant amount of enthusiasm and raised the hopes that Arab countries would leave their authoritarian practices behind to embrace liberal-democracy. More than four years on, such enthusiasm has been dampened significantly and hopes of radical political change, dashed. In fact there seems to be a widespread longing, in the region and beyond, for the authoritarian stability of old. The brutal Syrian civil war, the simmering conflicts in Yemen and Libya, the implosion of Iraq, and the return of the military in Egypt stand in stark contrast to the perceived authoritarian stability and tranquillity across the Gulf, Algeria, Morocco and Jordan. In this context, Tunisia does stand out as a remarkable exception insofar as the country has managed to transform its political system radically while avoiding descending into widespread violence. The multi-party and multi-candidate legislative and presidential elections Tunisia held in late 2014 point to the rapid consolidation of democratic practices and suggest that Tunisians are indeed the only Arabs on their way to building an accountable and reasonably liberal political system. Both contests saw the victory of Nida Tounes, a newly formed nationalist party created with the intention of providing a clear alternative to al-Nahda, the Islamist party that had dominated the 2011 legislative elections, the first ones after the fall of the regime. Nida Tounes obtained the majority of legislative seats followed by al-Nahda. In the presidential elections, the leader of Nida Tounes, Essebsi, defeated the human rights activist and incumbent Moncef Marzouki. The Islamist party had decided not to run a candidate in the presidential elections and most of its supporters supported Marzouki. Both contests were hard-fought, but free and fair according to both local and international observers.

There are two ways in which the Tunisian process of democratization can be analysed and while not necessarily in contradiction with one another, they point to and emphasise different elements of analysis. The dominant approach looks at the Tunisian transition in comparative perspective and argues, convincingly, that the country has been able to consolidate its democratic practices within the space of only four years and two rounds of elections that have seen a peaceful turn-over of power. Within this approach the different steps of the transition are traced to illustrate how Tunisia has followed the same path of other countries that, in the past, have transitioned from authoritarian rule. Upon the fall of the regime, an interim government with broad support from political and social actors was formed. The interim authorities then set out the temporary rules of the ‘new’ institutional game, which, one again, enjoyed a large political consensus. The first free and fair elections favoured parties and personalities that ordinary Tunisians associated with genuine opposition to the authoritarian regime. Hence the victory of the Islamists and the success of centre-left parties headed by well-known dissidents. Following the elections, a government coalition began to oversee daily affairs while a constituent assembly started working on a new constitutional text. During 2012 and 2013 Tunisia went through a difficult time, as the security situation deteriorated, the economy worsened and the split between seculars and Islamists seemed to become more acute. However, once again, the ability of political parties to take decisions beyond their narrow partisan interests allowed for the new Constitution to be adopted and for a resolution of political disputes trough the appointment of a technocratic government in charge until the 2014 elections. Finally, a party that finds its roots in the past authoritarian regime, but that had now embraced democratic principles, wins these second free and fair elections, as has been the case in many other countries (one has only to think of the many post-communist parties and figures who won elections in Eastern Europe a few years after the collapse of communism). Following their defeat, the outgoing parties recognise the legitimacy of the electoral process and prepare themselves for life in opposition. In short, the consolidation of the new democratic practices has occurred and Tunisia can be welcomed within the democratic family.

There is however a different way to analyse what has occurred in Tunisia without detracting of course from the overall success of the transition, especially when compared to events in neighbouring countries and across the Middle East more broadly. The second approach highlights that they key problem with the Tunisian transition rests precisely with the fact that the country has become ‘just like us’, a defective political system that is only nominally democratic. Viewed from this perspective, we see the more problematic elements of the transition emerge. First, a young people’s revolution has led to a system dominated by old politicians involved in old debates on issues dating back to the 1970s. Tunisia’s political class both in power and in opposition is old, and there seems to no room for young people to emerge. Second, a revolution conducted in the name of social and economic justice has delivered a political system where parties – be they in power or in opposition – largely share a similar commitment to the pursuit of the very neo-liberal policies that many Tunisians believe are the source of their economic marginalisation and woes. Third, a revolution that had its roots in cross-ideological consensus has led to a deeper rift among parties and social actors on issues such as women’s rights that many Tunisians find quite puzzling, as these are not their priorities.

Given all of this, it is no surprise that Tunisia suffers from the same ills that affect more established liberal-democracies; poor turnout at elections, dissatisfaction with political parties, low trust in state institutions, disenchantment with the party programmes on offer, and a rather widespread lack of belief that the democratic system can deliver what it promises, namely socio-economic progress and equality. One of the most striking aspects of the 2014 legislative elections has been how little enthusiasm and mobilisation there was for a contest that was supposed to be historic. A lot of post-election analyses have focused on how votes were distributed across social classes and regions, on exploring the issues that were salient for parties and voters, and on potential futures scenarios. What they have largely missed, is that it might not matter much who is in power and what kind of decisions the democratically elected politicians wish to take because, on the really important issues, decision-making belongs to international financial institutions and ‘market forces’… just like in most other democracies across the globe. Tunisians are indeed just like us.

Why the elections in Cameroon won’t end the violence