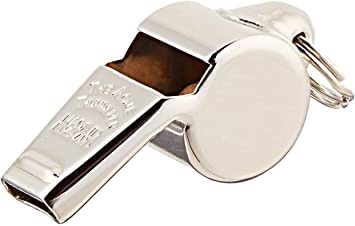 DiA is pleased to announce a new collaboration with long-term reader and friend of the website, Stephen Kamugasa, whose interviews and podcasts we will share over the coming months. In this founding post, Stephen interviews Guy Dehn, the founder and former executive director of Public Concern at Work, a Whistleblowing charity, which now operates under a new name, Protect-Advice.

The late Nelson Mandela, speaking at the British Red Cross Humanity lecture in 2003, said: “Those who conduct themselves with integrity and consistency need not fear the forces of inhumanity and cruelty.” In these vacillating times in which leaders, and even scholars, almost believe, that truth and integrity as they relate to civic life are but two values of many, and will have to stand their test, and in all probability, will fail as many human system of values and ethics have done. It is appropriate for us to interrogate whether whistleblowing is a civic value worth its weight in gold. We do so by asking a simple question: Is a whistleblower an angel, a villain, or a bloody fool?

I can think of no one who is more qualified to examine this question than Mr Guy Dehn, the founder and former executive director of Public Concern at Work, a Whistleblowing charity, which now operates under a new name, Protect-Advice. A Londoner – born and bred, Mr Dehn was educated at Westminster School; from whence he went to Bristol University to read history, and qualified for the Bar of England and Wales in 1982. Guy practised as a general common lawyer in both London and Bristol – where he also ran two free legal advice sessions.

In 1986, he was appointed the Legal Officer to the National Consumer Council; and in 1988 ran its parliamentary work. Guy left the National Consumer Council to start a little project on whistleblowing in 1992, which subsequently became Public Concern at Work (PCaW). He remained at the whistleblowing charity until 2008. During his tenure as executive director, Guy was instrumental in bringing onto the statute book, The Public Interest Disclosure Act 1998.

After leaving PCaW, Guy went on to set up a charity on witnesses in the criminal justice system, Witness Confident, but was compelled to close it down after a decade of indifference and opposition from the police. Guy Dehn has co-edited along with Richard Calland a book, Whistleblowing Around the World: Law, Culture and Practice.

In this Episode, we answer the question: Is a whistleblower an angel, a villain, or a bloody fool?

For more information on Stephen Kamugasa, and to hear his other podcasts, you can subscribe to the Conversations with Stephen Kamugasa podcast through your favourite podcast app to listen to the latest insights from his guest thought leaders.