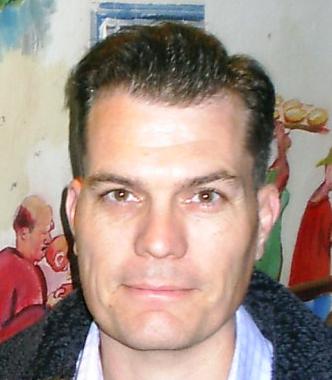 In this post, Ian Taylor tells us about his recent research on state capitalism and the oil sector in Africa. He argues that companies from Brazil, China, India, South Korea, and Turkey are increasingly competitive trading partners for countries across the continent and explores some of the unfair criticisms and real challenges that this shift has provoked. This research is published in full in the Review of African Political Economy.

In my recent article, ‘Emerging Powers, State Capitalism and the Oil Sector in Africa’, I point out that Africa’s partnerships are diversifying, with significant increases in trade, investment, aid, etc., from a host of emerging partners such as Brazil, China, India, South Korea, and Turkey. These diverse trading partners each bring  a new array of products, capital goods, technology, know-how and development experience.

Notably, these emerging partners share a broad comparative advantage in their outward engagement as companies from these countries are often able to access large pools of finance and capital reserves (mostly through state incentives and subsidised support). They also uphold a broadly statist approach to business that enables private enterprise and mercantile commerce. This state capitalism is increasingly coming to the fore.

The phenomena of state capitalism’s supposed rise has stimulated an excited debate in the West about the possible rejection—or at least modification—of the free market gospel. A future struggle between state capitalists such as China and Russia and neo-liberal capitalist economies like the United States, European Union, and Japan is predicted by some. Much of the criticism towards state capitalism in these debates is aimed at the “unfair” practices of mercantilism whereby companies enjoy the support of a state, giving it an advantage over private corporations. Not only does this argument ignore the massive subsidies, tariff and non-tariff barriers plus innumerable other support that contemporary Western governments provide to their own companies, it also conveniently “forgets” that every country that has moved into strong sustained growth has done so in absolute violation of free-market principles. This applies as much to the United Kingdom and United States as it does to the more recent Asian Tigers.

But perhaps of more significance is whether or not the Rising Powers bring anything new to the table for Africa. It is quite obvious that the emerging economies are structurally integrated into the ongoing world order under the hegemony of neoliberal capitalism. They do not represent a different or alternative order, other than one in which these arrivistes are incorporated as notional equals at the high table of global politics. In fact, the global marketization and commodification project is likely to receive a boost from the way the emerging economies are being incorporated into the capitalist world market. Furthermore, the state-owned corporations have thus far demonstrated a lack of interest in the governance of the states where they have invested. Few of the largest national oil companies are committed to relevant international initiatives that might foster best practice, such as the Extractive Industries Transparency Initiative and the Voluntary Principles on Security and Human Rights. As the emerging economies become more and more important and their state-owned corporations make a bigger impact globally, the impact of these initiatives will be reduced, until these companies engage with established international commitments. Based on resource extraction and labour exploitation, as well as a general disregard to labour rights, any putative “alternative” advanced by the Rising Powers needs serious interrogation.

That said, in the area of energy, the methods for pursuing African oil contracts vary between Western and national oil corporations owned by states. This is observable in three key areas. Firstly, in addition to proposing ﬁnancial compensation, state-owned corporations may involve their national governments in offering physical developmental support in the form of infrastructure, aid projects, and technology transfer. Secondly, most national oil corporations do not have the same sort of political and developmental constraints that Western companies are supposed to abide to, such as environmental standards, labour rights, etc. These are often legal requirements that Western companies must fulfill. Thirdly, many state-owned oil companies have different goals to private Western companies, stemming from the fact that they are nationalized, and so do not have private shareholders, at least not in the majority.

Quite often, oil companies from state capitalist systems have lower labour costs, stiff proﬁt margins and rapid project completion. For instance, whereas Western corporations typically require between a 15 and 25 per cent rate of return, state-owned companies (Chinese corporations are a good example here) may be prepared to work on a tight margin of less than 10 per cent, even lower. The ability of some nationalised oil companies to outbid competitors for African contracts gives them a strong competitive edge. Equally, unlike “traditional” Western bidding on oil concessions, the state-owned national corporations may offer more than simple ﬁnancial inducements. China, for example, is said to pursue the “Angolan model” where financing arrangements links a commodity off-take contract with the delivery of certain infrastructure projects.

On a different note, it is interesting that dirigiste economies are expanding rapidly under conditions of the global hegemony of neoliberalism and the principle of “open” markets. This is something of a contradiction. Whilst actively supporting and developing state-owned corporations and encouraging them to go global in the search for investment opportunities and export markets, the state capitalist countries are only able to do so under the broader umbrella of a liberal trading regime, however imperfect this may be in reality. This explains why the state capitalist emerging economies are not advocating any structural change in the global economy, but rather pushing for their greater incorporation into the world economy, albeit on slightly re-negotiated lines where liberalisation is instituted across the board, including in the West. State capitalist models have been remarkably successful in taking full advantage of globalized liberal markets and certainly do not want this edifice crashing down. The contemporary period is characterised by an interesting mix whereby neoliberalism is the hegemonic ideology vis-à-vis economic organization at the global level, yet space still exists for state capitalist models to flourish.

The state capitalist countries are engaged in practices that marked out the now-established economies when the they first began commercial operations in Africa. As economic history clearly demonstrates, it was only after these mercantilist operations had captured markets and destroyed potential competitors that the call (in fact, demand—often using force or the threat thereof) for laissez-faire became state policy. The modern “world market” was not produced by free market forces: it was a synthetic invention by states established under conditions created by European imperialism. Critics of state capitalism ignore the role of the state in the construction and preservation of the capitalist economy. Neoliberals seem to see the state merely as a burden on the “free” operations of the market and a medium for imposing socialism. Yet all capitalist nations have depended on the apparatus of the state to generate and uphold the political and legal environments necessary for capitalism.

Thus, as emerging powers with their state capitalist models out-compete established Western economies in Africa and continue to expand their economic (and concomitantly, political) footprint across the continent, a certain degree of reflexivity on the part of the West and their own historical trajectories should be in order, particularly if the critique hinges on the “immorality” of state capitalism versus the virtues of the “free market”.