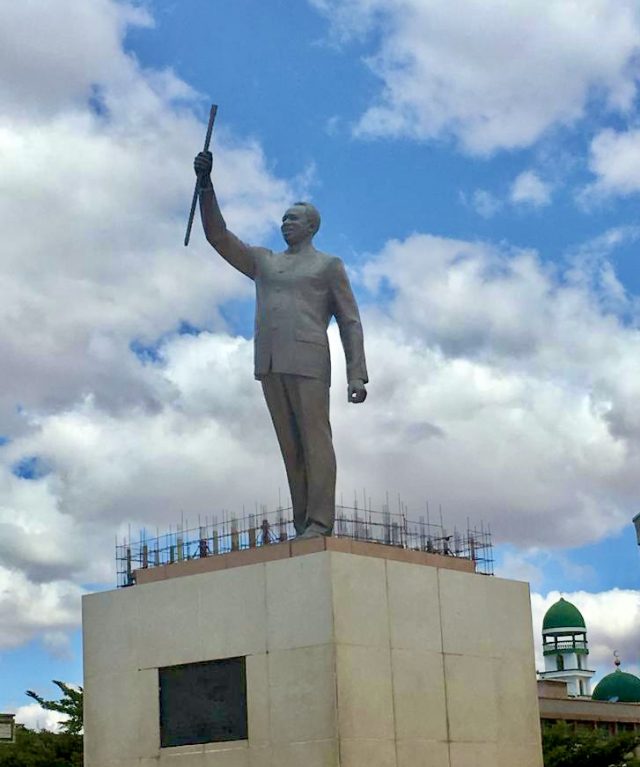 According to a Wall Street Journal investigation, Chinese state-backed telecoms giant Huawei, which supplies surveillance systems to the Ugandan government, provided technicians who were instrumental in gaining access to Bobi Wine’s personal communications and ultimately disrupting his plans to organize opposition political rallies. The same report notes similar assistance from Huawei technicians in Zambia, who helped the government arrest a group of pro-opposition bloggers.

The cooperation between Huawei and the regimes in Uganda and Zambia feeds the narrative that China promotes its brand of authoritarianism on the African continent. However, there is no evidence that the Chinese government directed Huawei technicians to cooperate with Ugandan and Zambian government requests. China is largely agnostic towards the types of regimes it interacts with and is more interested in the stability and reliability of its key partners. But this indifference poses problems on its own, ensuring that Chinese money continues to flow to potentially unsavoury African regimes, thus further entrenching authoritarian leadership where it already exists. This hinders the protection of human rights in Africa and African development more broadly.

Despite its revolutionary history, China operates now as a largely pragmatic international actor; whether or not its partners share its governance style is not of particular interest to the Chinese regime. Instead, the regime is primarily interested in access to resources (especially energy commodities that are crucial to maintaining economic stability and growth in China) and markets along with support for its key diplomatic objectives, like the isolation of Taiwan and the Dalai Lama. None of these goals necessarily require authoritarian regimes, so China is more interested in working with reliable and stable partners – be they authoritarian or democratic – and thus avoids any pointed promotion of authoritarianism.

This indifference to regime type is enshrined in official Chinese foreign policy: since 1954, Beijing has maintained mutual non-interference in domestic affairs as a key principle of its foreign policy. This means that China – at least in theory – will not intervene in partner countries’ internal politics and expects partner countries to reciprocate. The principle has manifested as what President Xi Jinping calls a “no-strings-attached” philosophy in its partnerships with African countries. This is often rhetorically contrasted with what Beijing calls intrusive conditions from Western lenders. Understandably, African leaders – like heads of state worldwide – prefer not to have their hands tied.

For China, unconditional money encourages stability and investment in China-facing economic infrastructure, fosters the continued flow of valuable natural resources to China, and draws African support for China’s diplomatic goals. This strategy has paid dividends. African countries have publicly backed China on critical issues such as the isolation of Taiwan and international non-interference in China’s Xinjiang region, where there is evidence of human rights abuses.

How China enables African authoritarians without encouraging them

Although China is not directly promoting authoritarianism, its policy of non-interference enables African leaders to commit abuses. Although Western governments do not consistently enforce rights conditions on trade and aid, countries connected to democratic countries face a higher likelihood of international condemnation for abuses. By providing an alternative source of funding that fails to punish repression, China undermines international pressure for democratization and loosens constraints on African executives.

Unconstrained and unaccountable leaders pose obvious risks for human rights on the African continent. Despite widespread liberalization since the end of the Cold War, many African leaders continue to insulate themselves from public accountability by manipulating election results, harassing political opponents and their supporters, and tossing out rules designed to limit their power – like term limits. China’s economic partnerships have consequences. For example, my own research suggests that African countries trading significantly with China are less likely to see liberalization of civil liberties, although they are no more likely to see worsening civil liberties.

A couple of cases are worth noting that illustrate the ill effects of Chinese engagement on human rights. The Zimbabwean government fell out of favour with most of the international community in the early 2000s because of government mismanagement and widespread human rights abuses, earning targeted sanctions from the US and restrictive measures from the European Union.  Emphasizing the historical similarities between Zimbabwe and China, President Robert Mugabe held China up as a model for Zimbabwean development and lambasted perceived Western bias against both countries. China subsequently provided generous aid packages to Mugabe’s government and deflected international criticism regarding Zimbabwean abuses on Mugabe’s behalf. Most notably, China blocked UN Security Council discussion of the 2005 Operation Murambatsvina, in which Zimbabwean police destroyed tens of thousands of properties and displaced about 700,000 people in opposition-leaning areas.

Perhaps the most high-profile case of the ill effects of non-interference comes from Sudan. At the height of the Darfur crisis – where government-backed militias massacred civilians and displaced the survivors – China continued to sell arms and purchase oil from the Sudanese government. One human rights group reported that at that time, nine of every ten barrels of Sudanese oil were exported to China, creating a steady revenue stream for a government that had otherwise been isolated by the international community. While China did not instigate the violence in Darfur, it did provide material support for the genocidal Sudanese state.

A concerning knock-on effect of China’s increased activism in Africa – along with other authoritarian states such as Russia – is its potential to change the way Western policymakers perceive the African continent. Conversations about the importance of Africa are increasingly couched in terms of competition for influence with China and Russia, which is reminiscent of Western (especially US) orientations towards the continent during the Cold War. A move away from upholding democracy and human rights risks consigning the continent to consideration as a site of great power politics, which had devastating effects for ordinary African citizens living under oppressive regimes during the cold war.

To mention briefly, western foreign policymakers have already placed democracy and human rights concerns behind other security and economic goals in some instances. In the wake of an apparent coup in Chad, the EU (most notably France) and the US took little time to express support for the new head of state and resume counterterrorism operations. Due to their geopolitical association with the Middle East, North African states are most commonly entangled in foreign policy considerations unrelated to governance. But there have been moments where human rights considerations have shone through. The EU and US (among others) adopted their own punitive measures in response to the Darfur crisis and supported UN Security Council sanctions, which were passed by a vote that China and Russia abstained from.

Some analysts – perhaps most prominently the Zambian economist Dambisa Moyo – have rightly pointed out the importance of the money that China has brought to the African continent. Indeed, the development of robust global ties provides African commerce with the chance to gain international traction, facilitating the spread of prosperity on the African continent. China’s willingness to invest in Africa presents tremendous development opportunities. Increased capital inflow is certainly necessary for African development, but it is not sufficient because it does not facilitate the necessary democratic political framework for development.

As I have argued above, China’s unwillingness to incorporate human rights considerations into its Africa strategy essentially constitutes support for incumbent autocrats. Authoritarian leaders are a problem for both intrinsic and instrumental reasons. Africans, by and large, support democracy and reject the various forms of authoritarian rule. Further, democratic governments, on average, deliver more equitable and more sustainable development outcomes than authoritarian governments. Democracy also provides a host of better outcomes in areas such as international relations, gender equality, and health. To the extent that China’s engagement with Africa enables leaders to avoid greater accountability, it harms the ability of ordinary Africans to reap the benefits of democracy.

Anthony Luongo (@AnthonyCLuongo) is a Ph.D. student in the Department of Political Science at Emory University.